What is HDR, or High Dynamic Range, in Gaming?

When it comes to game graphics, there’s no such thing as ‘good enough’. Graphics improvements are what drive gaming forward. In the early 90s, it was 16-bit processing and RGB SCART instead of RF. Then came progressive scan, followed by the HD revolution.

Now, in the mid-2010s? We have 4K/Ultra HD and high dynamic range (HDR) rendering and TVs.

But what is HDR? Here’s everything a gamer needs to know.

HDR in a nutshell

The technical description of HDR is not that simple. It involves things like ‘gamma range’ and contrast ratios – not exactly everyday conversation topics.

However, it can be boiled down to this. With HDR the brightest things in an image can be much brighter, the darkest things can be much darker, and details can be seen in both. In other words, the contrast range between dark and light is much higher and more dynamic. Hence ‘high dynamic range’.

What are the benefits of HDR?

So HDR gives us brighter brightness and darker darkness. What’s so good about that? Two things: prettier colours, and more detail.

Our eyes are already designed to see in HDR. When you look around the world (assuming you have normal vision) you can see the detail in things even if they’re really bright or really dark. With HDR, televisions and games can now show the same level of detail, and the same vividness of colour. So in a way, HDR represents game graphics catching up to what your eyes are capable of.

Standard dynamic range (SDR) TVs and games consoles, in comparison, can only show a small range of colours. This means that when things get light or dark – say, when you’re going through a tunnel in Dark Souls – everything gets washed out as a murky grey. Most of the detail is lost. With HDR’s bigger colour range (gamma range), details stay sharp.

The overall result is more realistic and colourful graphics.

HDR rendering has been around a while, but it’s only just arrived on consoles.

The Xbox One S supports HDR for games and streaming video, but the original Xbox One doesn’t. We can expect Xbox One Scorpio to handle HDR easily, too.

If you’re on PC, you’ll need a graphics card that supports HDR and a rig capable of powering it.

All AMD Radeon graphics cards released in 2016 support HDR. If you prefer NVIDIA, cards built on its 2016 ‘Pascal’ tech (like the GTX1080) fully support HDR.

Hold on if you’re a PS4, Xbox One S, or fancy graphics card owner though. Because you can’t actually see HDR graphics without an HDR TV.

You’ve probably seen them advertised on TV, read about them online, or seen them in your electronics/department store. Lots of new TVs are supporting HDR alongside 4K, and that pairing will probably replace ‘full HD’ as the standard for televisions in the next couple of years. 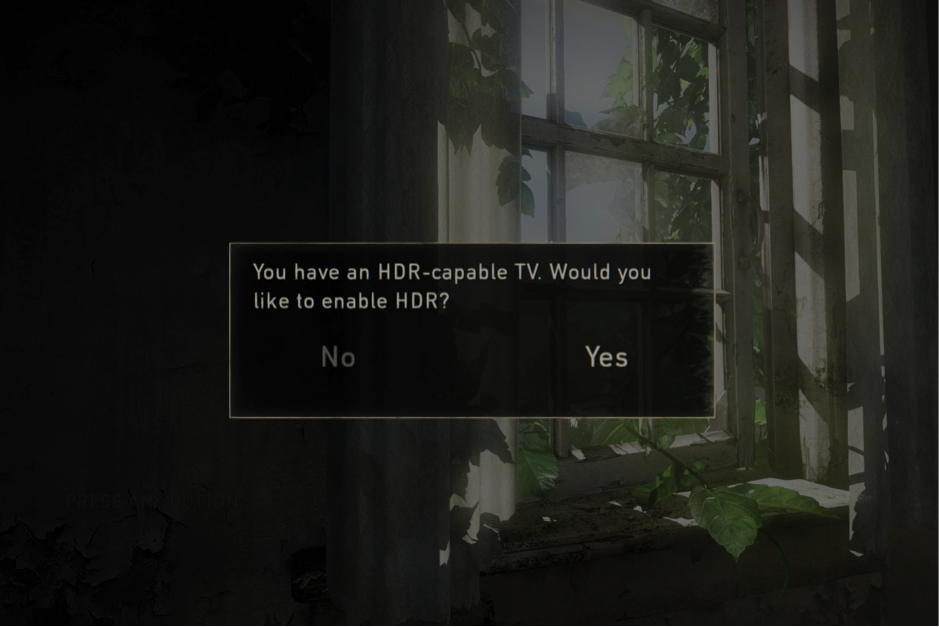 There’s one more thing you need to enjoy HDR gaming – HDR games. Yep, even if you have an HDR system and TV, the game you’re playing needs to render HDR video too.

In 2016, some of the biggest HDR-ready titles included Uncharted 4 on PS4, and Battlefield 1 on PC and Xbox One.