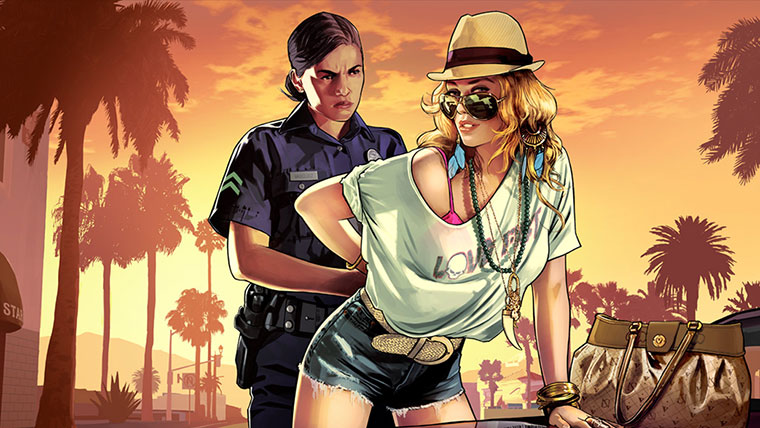 WARNING: This article contains some imagery and video that you may find offensive. It may also contains spoilers. The article should also be considered NSFW. Feel free to turn back now. Should you decide to read on, scroll back up here and click on this link to feel better.

Mafia III is available to buy now and for those new to the series, expect it to pull no punches. Crime, sex and the treatment of minority groups are all sensitive subjects that are addressed head-on.

Fans of the series will already be well-aware of the violence littered throughout the game, and those that have been following the trailers will know what to expect as well. From torturing people for information to gunning down KKK members, each choice you make in the game can lead the protagonist Lincoln Clay to further acts of extreme aggression.

However, these moments in Mafia III only form part of what is an excellent game, filled with incredible detail and a gripping story. Rather than looking for shock value or gore for gore's sake, these moments feel like a means to an end, the actions of a man pushed too far.

No doubt there will be specific moments in the game that lead to a small public outcry, a potential censorship issue here and there, but that will be nothing compared to the following controversial games.

So without further ado, here are out top 5 most controversial games:

Believe it or not, Thrill Kill was never officially released. However, the game was fully completed before the plug was pulled, and when the code was leaked onto the internet, it became one of the easiest unreleased games to ever obtain.

There was a lot of hype surrounding Thrill Kill. The first video game to ever receive an 'Adults Only' rating for violence, controversy surrounding in-game depictions of violence and sexual content only heightened the general public's appetite for the game. The premise of the game was that 10 souls had been damned to hell, but rather than suffering for all eternity, they are pitted together in a battle-to-the-death; the winner receiving reincarnation. Special kill moves had names such as 'Swallow This', 'Draw and Quarter' and 'Giving Head'.

Unfortunately, the game sucked, bad. At least the game engine would go on to be used in X-Men: Mutant Academy and Rock 'Em Sock 'Em Robots Arena.

A critical and commercial success, Wolfenstein 3D would go on to win numerous awards and is widely regarded as having helped popularise the first-person shooter genre.

However, there was no way this game was ever going to be allowed for sale in Germany. Copious amounts of violence and gore weren't the problem, it was the inclusion of Nazi symbolism and Adolf Hitler as the final boss of the game.

A game that has the tagline: "Remeber, it's only as violent as you are" was always going to be close to the line. But, when game developers decided to allow players of the game to complete actions such as urinating on dismembered bodies or use cats as a silencer for your gun, the line was completely forgotten. 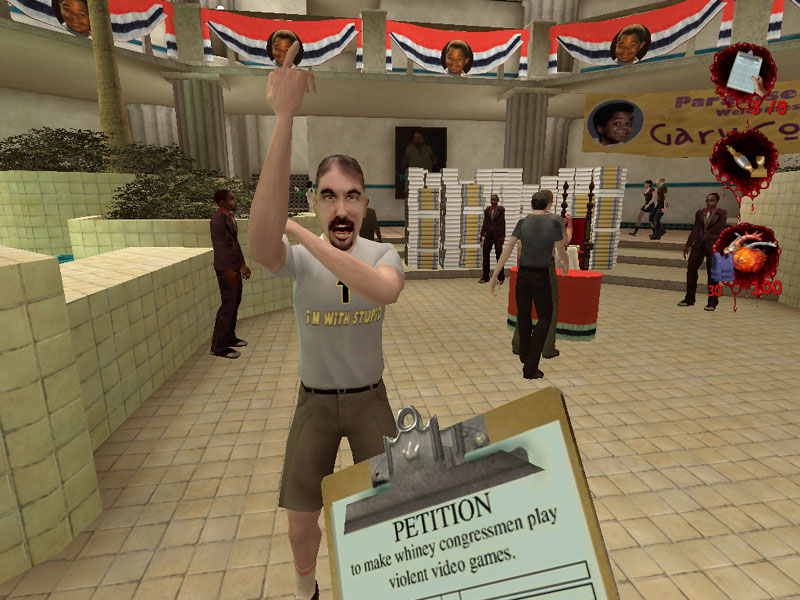 Admittedly, the game developers did come out and say that these actions were not required, it is possible to complete the game with no acts of violence at all.

Whatever their thoughts, it wasn't just the content that was shocking, the gameplay was terrible too. Somehow, it went on to be made into a film. That was equally terrible.

To be honest, we could have included any Grand Theft Auto game in this list, but as it's the most recent and has the best graphics, we decided on GTA V.

GTA V came in for a lot of controversy from politicians and anti-torture groups when they became aware of a mission that requires you to use torture equipment to interrogate a hostage, including such techniques as waterboarding. 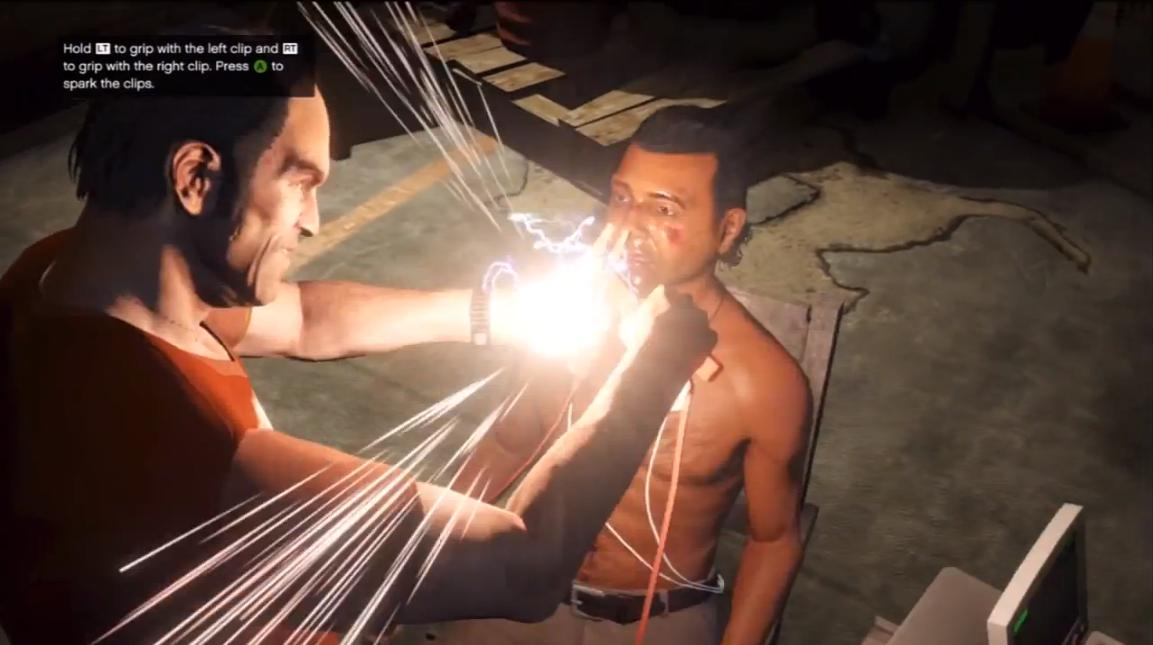 The game also came under heavy criticism for its portrayal of women, leading to Target actually removing it from their shelves in all their stores after a Change.org petition amassed 40,000 signatures.

Is anyone really surprised this is top of the list?

Banned in several countries, Manhunt has actually received generally positive reviews and a number of accolades.

The premise of the game is simple, the player must move through 20 levels, executing gang members as he goes. There are three levels of execution possible, and a number of weapons including baseball bats, knives, crowbars, and plastic bags. At the end of each level, the player will be graded based on the brutality of the killings.

Controversy surrounded the game not only due to the level of graphic violence but also because of its implication within a murder trial in the UK. This implication was eventually rejected, but the stigma has stuck with the game ever since.

There are three games that could have made the controversy list above, developed by Traffic Software, Danny Ledonne and Illusion Soft respectively. However, in deciding what to include in the list, we came to the decision that these games weren't made for the purpose of entertainment and gameplay, but for shock value alone. As such, we don't consider them games. Indeed, that's why we don't even name them here.

So what do you think, have we missed any games that are deserving to be on the list? Are you looking forward to playing Mafia III? Do you want to revisit GTA V again? Sound off below in the comments.