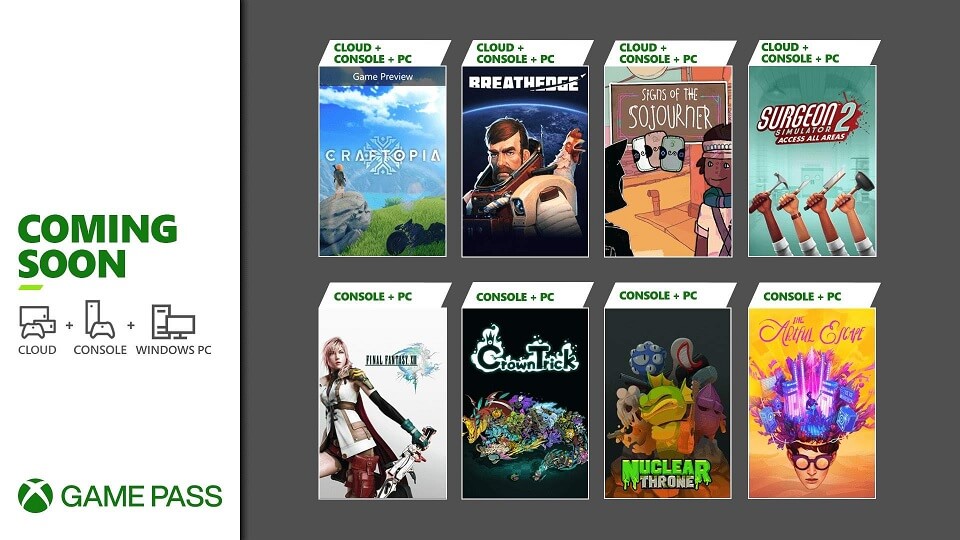 It was only yesterday that Microsoft announced a whole new gamut of digital titles would be FREE to download and play “soon” for Xbox Game Pass subscribers. Well, turns out they really meant it, because four new games have been added to the service from today. All the titles mentioned feature a good mix of tones, visuals and gameplay styles, meaning there’s a fair chance that at least one will be for you.

The four games available to play today (September 2nd) are Final Fantasy XIII, Signs of the Sojourner, Surgeron Simulator 2 and early access title Craftopia. Each one comes to Xbox Game Pass on Xbox consoles, while Final Fantasy XIII is playable on all aspects of the service except the cloud (PC and console only). Craftopia is arguably the most exciting addition seeing as it’s totally new. Just bear in mind that this multiplayer survival game is still in early access, so there may be a few glitches that need ironing out.

It's also been revealed that the next wave of Xbox Game Pass additions is expected to roll out on September 9th in the form of The Artful Escape, Nuclear Throne and Breathedge, while Crowntrick hits slightly earlier on September 7th. It truly is a jamboree for indies on Microsoft’s premiere games streaming service! Better yet, we’d be shocked if these eight games are all Xbox Game Pass has in store for September, so expect to see a new crop announced around the middle of this month.

Of course, so many great games coming to Xbox Game Pass does mean that time is running out for you to play titles that’ll soon be leaving. In this instance those we wave goodbye to include Red Dead Online (September 13th) and Company of Heroes 2, Forza Motorsport 7, Disgaea 4, Hotshot Racing, The Dark Crystal: Age of Resistance Tactics and Thronebreaker: The Witcher Tales on September 15th.

If you’re Xbox Game Pass membership is set to lapse or you just want to sign up to play this selection, below we’ve gathered the current best price for each length of time. Enjoy great games while saving money at the same time: 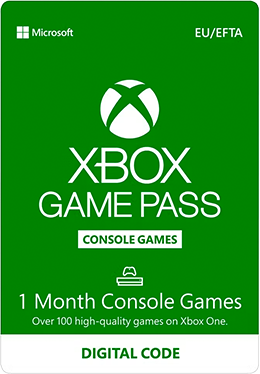