The 10 best The Legend of Zelda games ever made 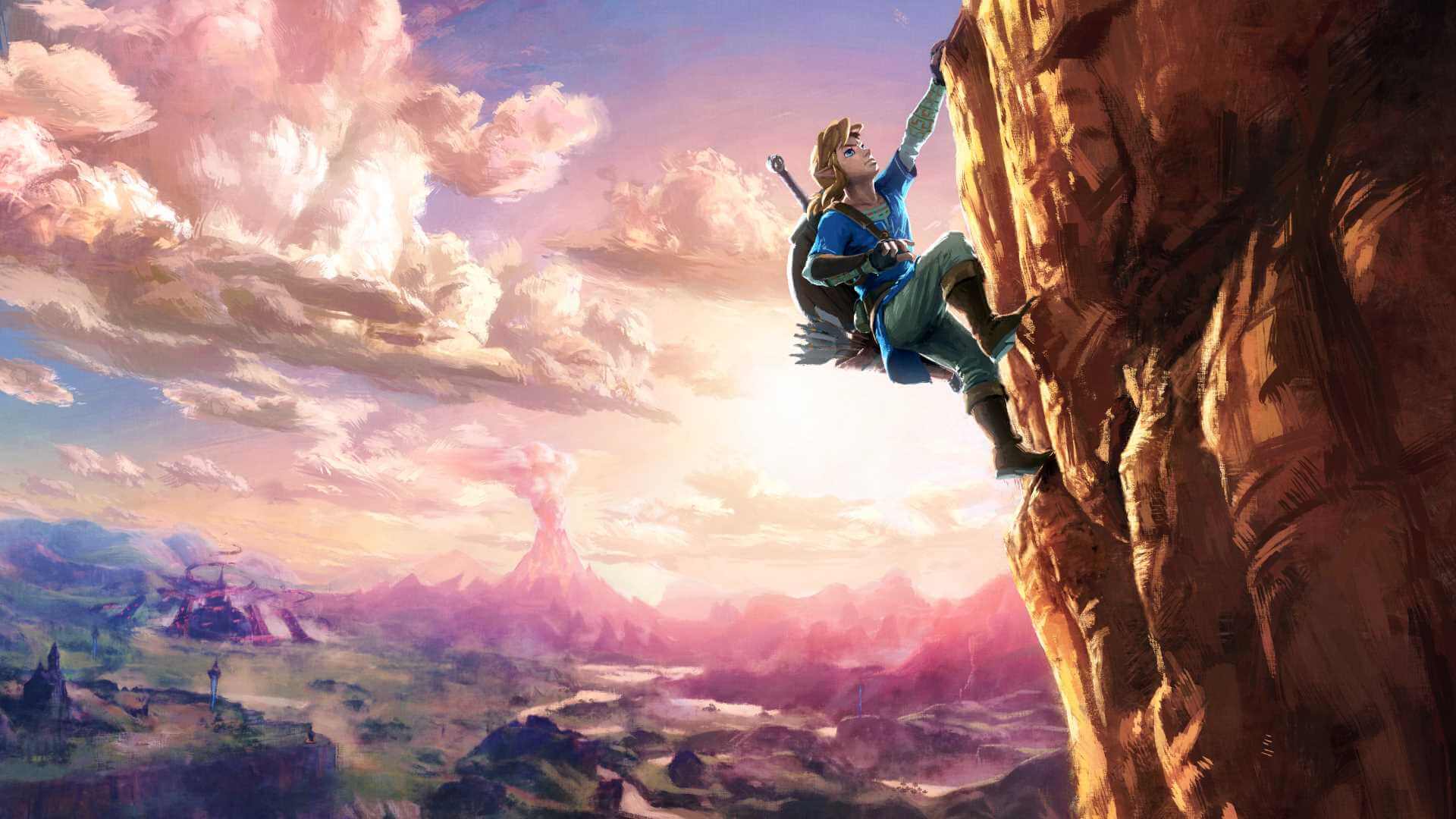 February 2021 marks a staggery feat for The Legend of Zelda franchise, as the wildly influential action-adventure series celebrates 35 years since the original game released on NES way back in 1986. Nintendo has already started gearing up for this special occasion through The Legend of Zelda: Skyward Sword HD’s recent announcement. And while veteran Zelda players would likely want to see more classic entries ported to the Nintendo Switch eventually, Breath of the Wild’s highly anticipated sequel could make up for this by releasing later on in the holiday period.

Until that time, however, we thought we’d commemorate Zelda week by the top 10 games in the series. Just bear in mind that this ranking is entirely subjective and is made up of our own personal picks. You’ll likely have a different order in mind, which you can make us aware of by leaving a comment below. With all that said, be sure not to doze off to the sound of Zelda’s lullaby as we rank the 10 best The Legend of Zelda games ever made.

We can’t make this list without paying a nod to the game that started it all. The original The Legend of Zelda might be considered quite trite and obtuse by today’s standards, but it says a lot that it’s top-down exploration and dungeon-based format established a foundation that later games would build on for well over three decades. Heavily inspired by various examples of high fantasy fiction, it was here where classic series staples like the Triforce, Rupees and items like the boomerang began life. You can play it today on your Switch via Nintendo Switch Online’s NES library – we’d recommend doing so while using a guide.

9. The Legend of Zelda: The Minish Cap

After no less than three successful Gameboy outings, you’d expect the Gameboy Advance to be awash with exceptional Zelda titles. The Legend of Zelda: The Minish Cap unfortunately turned out to be the only one on this format, but it made up for it by being a classically colourful series outing. It was here where Link got to benefit from a talking hat companion long before Mario ever did, in an adventure that sees Link swept up in the legend of the Four Sword. The Minish Cap might not rank highly on our list, but it’s a good example of a traditional top-down adventure done right – and slight formula tweaks like the ability to fuse elements to your sword gives it a unique flavour to this day.

8. The Legend of Zelda: Spirit Tracks

Phantom Hourglass continued the trend of exceptional portable The Legend of Zelda ventures, smartly using the Nintendo DS’s stylus controls to inform its puzzle design. It worked so well, in fact, that it received a direct sequel just two years later, swapping a boat for a train in The Legend of Zelda: Spirit Tracks. The big difference this time, however, is Link’s ability to control Phantoms through an instrument known as the spirit flute. This fresh gameplay mechanic, coupled with slightly improved visuals and the seamless train exploration, places Spirit Tracks firmly above its predecessor. The DS controls might make it a pain to revisit today, but it’s totally worth it.

7. The Legend of Zelda: Twilight Princess

Ever since that notorious Space World demo shown in 2000, Zelda fans had been waiting with bated breath to see how a truly realistic take on the series would look. Four years later they finally got their answer in The Legend of Zelda: Twilight Princess, and while the beginning is notoriously tedious and long, it succeeded in setting a dark atmosphere. It might not shake up the Zelda formula too much outside of this more realistic art style, but the introduction of Wolf Link and some seriously inventive dungeons made it a game worth playing – either on Wii or Gamecube. Twilight Princess later received a HD update for Wii U, and we remain optimistic that a Switch port is incoming soon.

6. The Legend of Zelda: A Link Between Worlds

Most Zelda games live or die on a great new central mechanic. A Link Between Worlds absolutely delivered on this when it released for the Nintendo 3DS, allowing Link to slip into the guise of a painting at will when trying to solve dungeons and puzzles. Though very much a spiritual successor to 1991’s A Link to the Past, this entry eventually evolved into its own beast thanks to the non-linearity of certain dungeons and a new renting system that let you acquire certain items early. A Link Between Worlds arrived at a time when people weren’t sure if the traditional formula would work after the two DS outings, but it absolutely did and is now one of the best portable instalments.

5. The Legend of Zelda: Majora’s Mask

Hot on the heels of Ocarina of Time’s immense success on Nintendo 64, nobody was initially sure whether a new Zelda game built entirely from the remnants of a pre-existing one would work. However, not only did Majora’s Mask surprise us all with its distinctly creepier tone, but the three-day timer at the centre of it all gave the adventure an immediate sense of pace. Link soon finds out that this isn’t long enough to save the world at all, but luckily thanks to various ability-bestowing masks and his trusty Ocarina, Majora’s Mask still sits highly on many people’s favourite games of all time. It may ultimately be lesser than the game it’s based on, but definitely check out the Nintendo 3DS remake if you haven’t already for a very different style of Zelda game.

4. The Legend of Zelda: Wind Waker

Unfairly judged by many at the time purely on the cuteness of its cel-shaded art style, this is exactly what makes The Legend of Zelda: Wind Waker looking good to this day. It of course went on to be used in two further Nintendo DS titles, but Link’s first adventure to be set out of Hyrule Kindgom is still the original and best. Using the boat to reach certain islands may have been irksome back in the day, yet the HD-ified version for Wii U solves a lot of these issues. Traversing the high seas using the King of Red Lions expanded the type of scope possible in a Zelda game, the likes of which we wouldn’t see again until Breath of the Wild’s release.

3. The Legend of Zelda: A Link to the Past

While the very first Zelda game may have originated the dungeon exploration formula, it was The Legend of Zelda: A Link to the Past for SNES that firmly cemented it. This is the entry that would inspire so many others after it, setting Link off within a multi-world version of Hyrule in the attempt to save the day. At his disposal he has tools like the hookshot and Pegasus boots, but it was here were iconic staples like heart containers and the master sword made their first appearance. Altering one world to affect the other is still cool, being yet another influential idea that would be greatly expanded upon later. A Link to the Past is many people’s first Zelda game and rightly so.

2. The Legend of Zelda: Breath of the Wild

Released in 2017 as a launch-day exclusive for the Nintendo Switch, it had been a staggering wait for the next home console version of Zelda but Breath of the Wild was absolutely worth it. Very much ushering in a bold new era of exploration for the trademark series, your ability to go anywhere and climb anything still sees it stand head and shoulders above most other open-world games out there. The interconnectivity of this ravaged version of Hyrule Kingdom is what sells it, as proven by such minute details as electricity being conducted through the metal of your sword. Sure the shrine puzzles are very hit or miss, but the world and characters surrounding them are mesmerising.

1. The Legend of Zelda: Ocarina of Time

Often considered one of the greatest games ever released, we’d be remiss to not place Ocarina of Time at the top of our list. It near-perfected the modern age of 3D Legend of Zelda games, with every other one following it being an iteration in some way or another. The story is a simple one, sure, but nothing will replace the feeling of stepping out into Hyrule Field for the very first time as Young Link once you’d finished the Deku Tree dungeon. Travelling back and forth within the timelines is always an amazing feeling, and aside from the water dungeon all the puzzles are standout. Ocarina of Time easily tops our list of the best Zelda games. Play the 3DS remake if you haven’t already.