The 10 Best Roguelike Games you can play right now

8 months ago by Aaron Potter
0 Comments 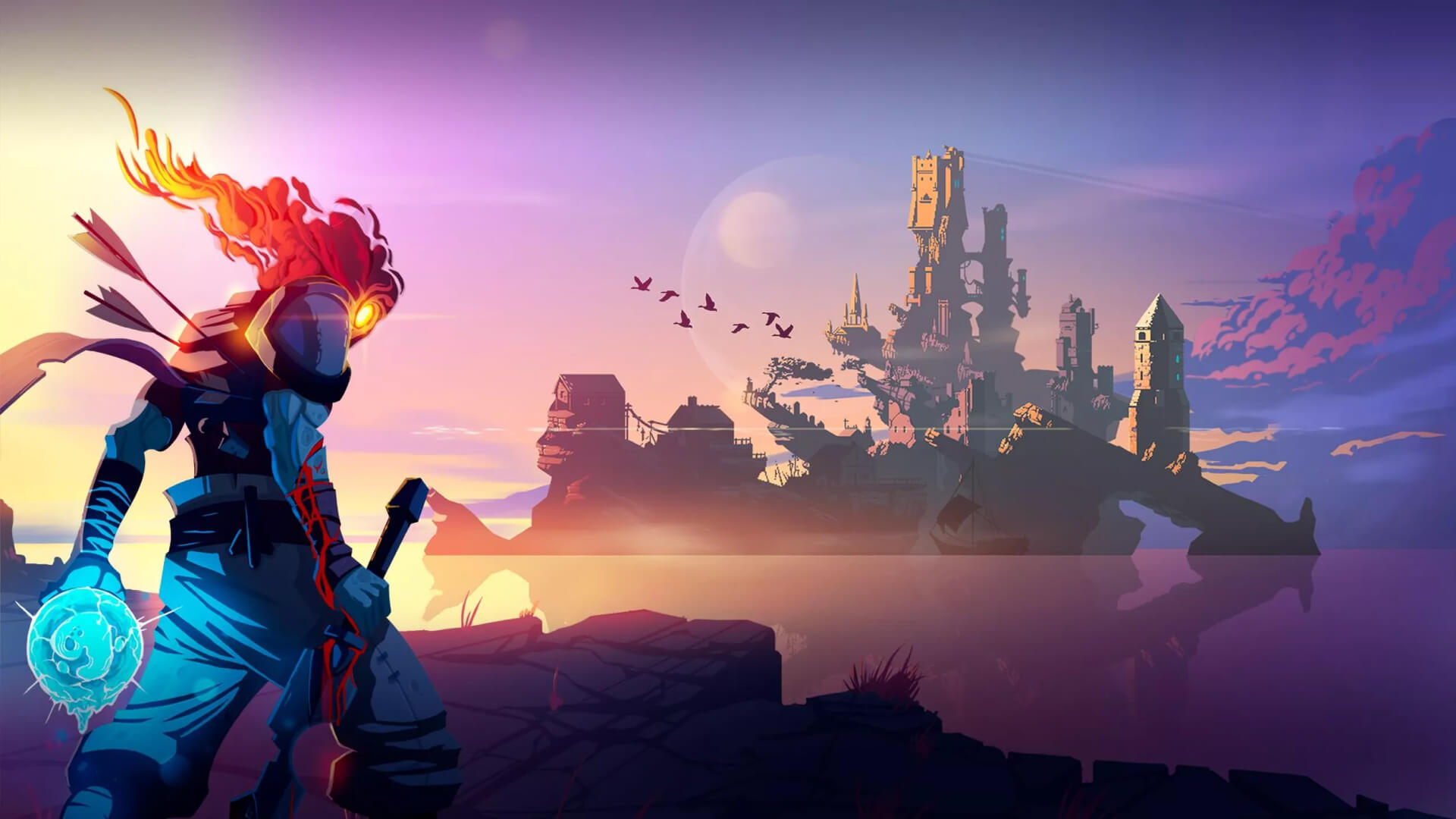 Great video games are often predicated on having you play them over and over again. However, in more recent years, there’s one genre in particular – known as the roguelike – where encouraging players to repeat runs in this way is built into their very core. Roguelike games are different to traditional games in that most don’t have a defined beginning, middle, and end you’re intended to experience once, you see, instead challenging you to start from point zero all over again each time you fail. It may sound punishing, but in practice it can be highly exhilarating when handled well.

So sprawling has the roguelike genre now become, we at Gaming Deals thought it’d be useful to run you through what we deem to be the 10 best roguelike games you can play right now (yes we're including roguelikes and roguelites). From card-based battlers that see you ride a train bound for hell to Sci-Fi bullet hells centred on a stranded astronaut, these are the best roguelike games you won’t be able to put down.

Monster Train is yet another hellish-themed roguelike, acting as a mish-mash of sorts between Hades and Slay the Spire (which we'll talk more about later on in the list). Being a deck builder set on a train, however, introduces its own set of strategic challenges, as you must venture from stop to stop trying to prevent monsters from moving up to the top floor of the train. This you do by combining to of the available six factions, and utilizing their unique defense and offensive skills in a way that combines to give you the best preventative chance possible. Monster Train’s runs are always relatively quick, meaning when things go south, it’s extremely easy to get back into the actions swiftly.

The newest roguelike game on this list was 2021’s top indie darling. Loop Hero is quite literally just as circular as it sounds, in some respects playing itself with you acting as a god-like figure. Your objective is to have the little soldier loop around a procedurally generated map layout as many times as possible, changing the terrain of each tile and toughening them up enough so that they can survive for when the loops get harder. You’ll apply all kinds of buffs in between runs to give you a better chance of succeeding next time, making this a relatively chill roguelike experience compared to most others.

Only very recently have we seen the roguelike genre’s popular rise so much that its managed to penetrate mainstream, high-budget games. Returnal is unabashedly the best example of this, casting you as lowly astronaut Selene who is locked into her own time loop, trying to solve the mystery of how she crash-landed by defeated wave upon wave of hostile aliens. This PS5 exclusive is certainly one of the most beautiful roguelike games you can currently play, fully pushing the next-gen console’s power to its limit with hypnotizing neon visuals and a vast array of creative weaponry.

If you’re someone who likes a tough challenge and isn’t put off by a particularly bleak atmosphere, look no further than Darkest Dungeon. This is a uniquely positioned roguelike game in that it gets progressively harder, tasking you to recruit an ideal group of adventurers to make your way to the darkest dungeon. It’s just a shame that each member of your party is prone to give into emotions like fear and stress, both of which might see them act against your will. This level of randomization and unpredictability might not be for all players, but it makes for a different type of 2D turn-based combat that has been rarely matched in any other 2D indie roguelike.

Fusing together the benefits of a thoughtful card battler with the randomization and near endless fun of a roguelike game, Slay the Spire constantly keeps things interesting dishing out new cards for you to better flesh out your deck. Your ultimate goal is to take down the titular spire, of course, something you’ll do by playing your hands correctly and fending off multiple floors’ worth of enemies and bosses. Completing the climb is never as straightforward it seems, which is why it’s crucial to know when to discard certain items of your deck and how to debuff the monsters you’ll fight. Roguelike elements meets strategic deck building in Slay the Spire.

Top deals for: Slay The Spire

5. Into the Breach - (Nintendo Switch and PC)

You’d think that a game based around mechs facing giant monsters would be epic in scale, but the genius of Into the Breach is how it stripes this concept back down to the basics. Battles actually play out more like chess, with you trying to outsmart the AI by finding clever ways to push the monsters around the chess-like board until they either fall off or into a hazard. It sounds simple on the surface but adding to the stakes is how you can see all your enemy’s future attacks. It’s just up to you how you go about defending against them. If you fail to defend the city, you can take one mech pilot back in time with you to kick off the campaign again. For this reason alone, Into the Breach is an enjoyable roguelike that strikes the right balance between fair and fun.

Top deals for: Into the Breach

The original Risk of Rain was a cute little 2D roguelike that left a lot to the imagine… literally, as its characters and world were all tiny and sprite-based. It was a genuine surprise, then, to see developer Hopoo Games expand the scope to make Risk of Rain 2 a full third-person sequel. Your mission is still the same: survive a hostile alien planet by collecting new weapons and powers while fending off waves of enemies. However, now the action is much more intense, especially when experienced in online co-op with a partner by your side. Watching these skills slow combine over the course of a run never ceases to amaze, hence why it makes our list of the 10 best roguelike games.

Top deals for: Risk Of Rain 2

One of the earliest indie takes on the roguelike game concept is still also one of the best. Hot on the heels of Super Meat Boy developer Ed McMillen could have made anything, but instead he chose to make a top-down dungeon crawler where you play an unborn fetus trying to get revenge on his mother. What follows is a wildly addictive 2D shooter, one where you battle all kinds of nightmarish creatures using a whole host of zany power-ups. There is literally hundreds of different abilities Isaac can pick up to try and make it through each basement floor, leading up to the ultimate confrontation. If you haven’t played The Binding of Isaac already, you really are missing out.

Binding of Isaac has had a lot of versions now with Rebirth, Afterbirth, Afterbirth+ and Repentance the latter of which was released last year. If you're looking to pick this one up we'd advise going to each platform's store i.e. Microsoft store, PSN store etc as the games are mainly digital and different versions/add-ons are available on different platforms.

The wonderfully vibrant pixel art alone would be enough to make Dead Cells worth a look. Cementing in on this list of the 10 best Roguelike games, however, is its wildly addictive gameplay loop that comes from trying to repeatedly escape an ever-changing castle. On the surface this is a solid action-platformer chock full of bosses to fight, weapons to use and upgrades to deploy, but you won’t mind doing so a near infinite number of times thanks to how no one run ever plays out the same. Plus, developer Motion Twin has continued to support Dead Cells with additional content since its original 2018 launch, meaning this is a roguelike actioner with plenty to chew on.

Top deals for: Dead Cells - Action Game of the Year

Mixing in intense and frantic top-down action and transplanting it within the realm of an old-school, Diablo-esque dungeon crawler, Hades spent many years in early access on PC before smashing through into the mainstream with a launch on Nintendo Switch in 2020. It’s since been made available on almost every other platform, meaning that nobody no longer has an excuse not to experience the story of Zagreus trying to break out of his father’s hellish domain in as many attempts as it takes. This is one of the best roguelike games because the story changes with every new run alongside the level and dungeon layout. You actually learn to care about these godly characters in between the constant demon killing.

So how did we do? Please comment below any games you think deserve to be added to the list because we know we missed some bangers, choosing just 10 was not easy!