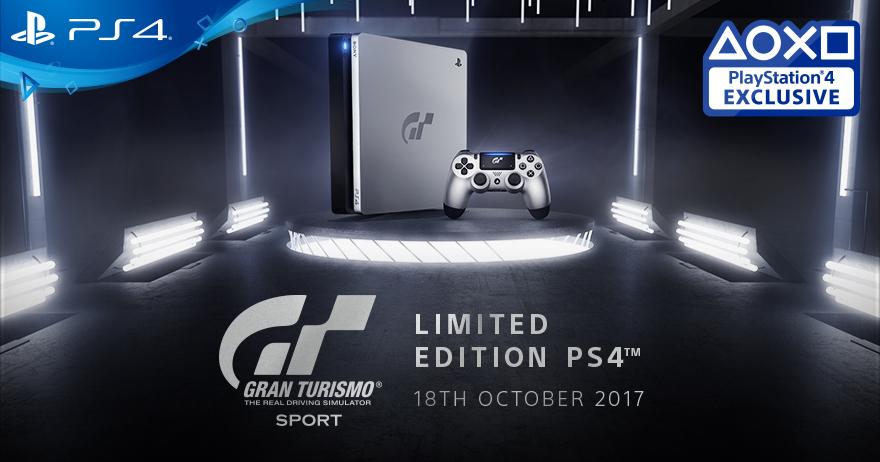 Update 2: Another Gran Turismo bundle has been leaked, with a plain black 500GB PS4 Slim. 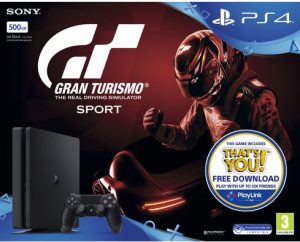 Update: Within a couple of hours of this post going live, Sony did indeed confirm a special edition Gran Turismo PS4 console.

Last month, we correctly predicted the existence of a FIFA 18 - PS4 hard bundle a couple of days prior to Sony's official announcement. With several of the existing PS4 bundles featuring games which are starting to look a little less fresh - such as Uncharted 4 - the FIFA 18 announcement got us wondering about what other bundles could be in the works.

One that immediately jumped out to us as a distinct possibility was a Gran Turismo Sport tie-in. Not only is Gran Turismo a staple PlayStation franchise and exclusive to the system, but it would also act as a direct competitor to the Forza Motorsport 7 - Xbox One bundle we'll almost certainly be getting.

Our suspicions may now have been confirmed, with Sony Europe tweeting that they were "getting geared up" to reveal something.

We’re getting geared up for the reveal of something new. pic.twitter.com/wIZkq5DzQE

If the use of the phrase "geared" wasn't hint enough, PlayStation's Spanish Twitter account issued the same message with an added car emoji, effectively removing any doubt that these teasers pertain to Gran Turismo.

However, it's hard to believe that Sony would go to such dramatic efforts to simply reveal an integrated console and game bundle. After all, the FIFA 18 news was broken on their blog with little fanfare or preamble, despite the EA Sports' franchise having arguably a wider audience.

What we may well be looking at is a dedicated Gran Turismo version of the PS4 console. Special editions of the console have been issued in the past, but have been in short supply in recent times. The fact that a general car or automotive theme would lend itself to a variety of neat, stylish designs would make a special edition an obvious choice for Sony.