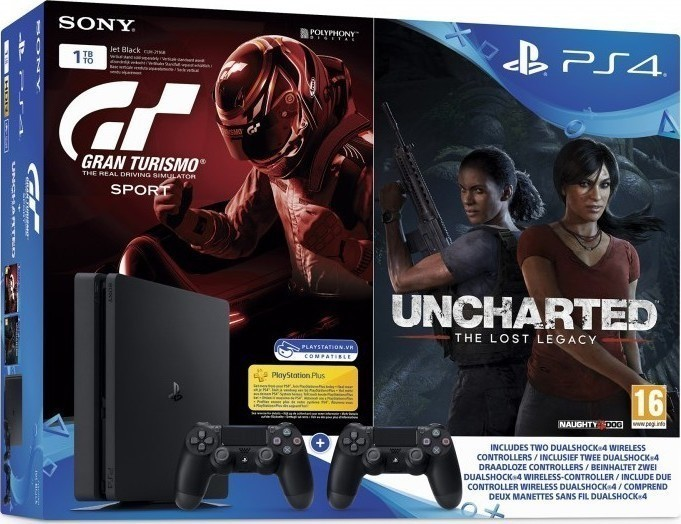 Just when we thought we'd seen the final new console bundle of 2017, we've spotted a new bundle on the PS4.

Advertised as the 'For the Players' bundle, the package contains a 1TB PS4 Slim console in black, Gran Turismo Sport, Uncharted: The Lost Legacy and two DualShock 4 controllers.

This bundle is notable for a couple of reasons. Firstly, its unusual to see hard bundles that contain two games, and it's particularly rare to see one with games from different developers. Both Gran Turismo and Uncharted are PS4 exclusives and both were published by Sony themselves, so it's not a complete shock to see the two games packaged together.

So far, the bundle is listed at GAME for £329.99. However, we'd be very surprised if this valuation remained this high for long. With the PS4 Pro's price now hovering around the £300 mark, we'd expect the 'For the Players' bundle to retail for somewhere between £260 - £280, factoring in the cost of the extra controller and games.

You can get the bundle by clicking here.