Just when you thought the bundle news for 2018 was over, we're back! This time, it's our first announcement for 2019. Kingdom Hearts 3, one of the most hotly anticipated games of Q1 (and it's looking like one of the busiest January - March stretches in recent memory), is out on January 29th, and Sony are celebrating with a special edition console.

We've had a few PS4 Pro special editions over recent months, and this one stands out as one of the nicer ones. Frequently criticised as being relatively low-effort, this console is once again going for the minimalist look, but there's a few nice touches here. 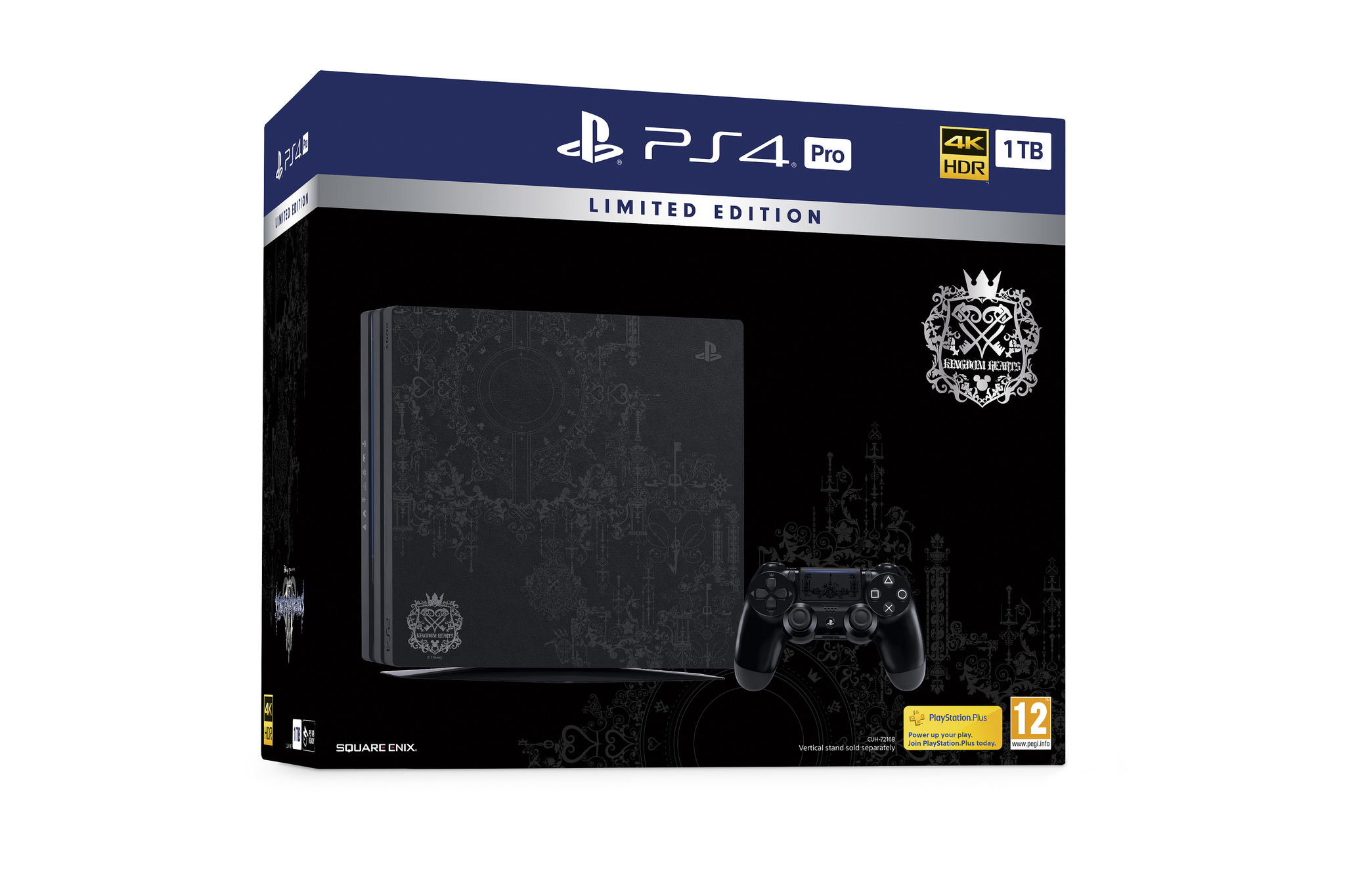 The body of the console itself is black, with a large dark grey design on top, with a lighter grey crest and a set of logos along the front. The controller is definitely the standout feature of the bundle. Instead of the classic blue, green, red and purple coloured buttons on the front, the special edition DualShock 4 has black buttons with white detailing, which really makes them stand out. The directional decals have also been given a Kingdom Hearts flavour, as has the touchpad.

Other than cosmetic details, the Pro is the same 1TB model that we know and love. This will presumably be the CUH-7200 hardware, which is slightly updated on original models and debuted in the PS4 Pro Red Dead Redemption 2 bundle that launched earlier this year. While not altering the console's processing power, this update means the console runs much quieter than launch units, which have been known to become quite noisy as time has passed.

This bundle is also unusual in that it's a retailer exclusive. We've seen a few retailer exclusives in the past, but not so many recently. The Kingdom Hearts bundle will only be available online and in-store at GAME, retailing for £379.99: