4 years ago by Aaron Potter
0 Comments 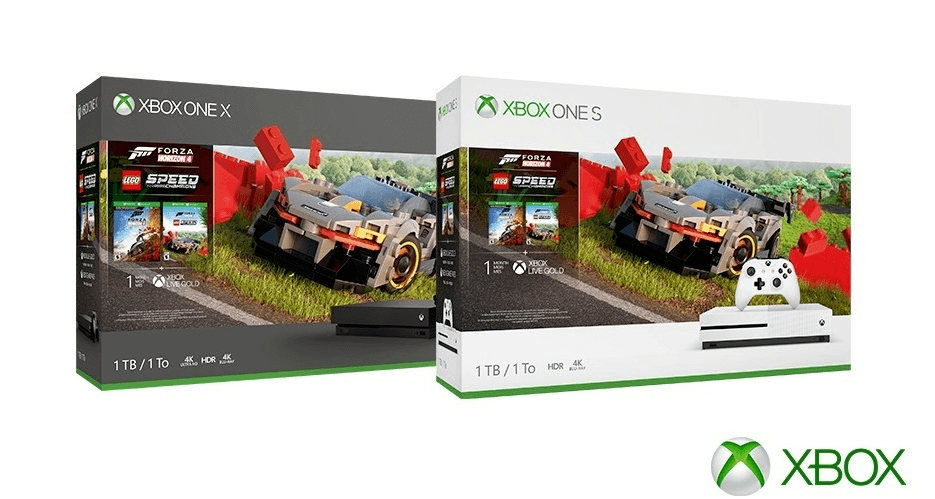 Yesterday, we wrote that Microsoft had announced four new bundles for the coming months, covering Fallout 76 and Battlefield V. We assumed that that was all Gamescom held for new Xbox bundles - and we were wrong.

The former is no real surprise. We've had several bundles for Forza Horizon 3 since it launched, including one that included the Hot Wheels DLC. We now have details on what launch bundles we'll be getting for Horizon 4, although there's a good chance more will appear as more content appears for the game.

There will be two launch bundles available on the same day the game launched, October the 2nd. The first is a white Xbox One S 1TB with a digital copy of the game, and the now-standard month of Game Pass access and Xbox Live Gold 14 day trial.

The second is more interesting. Firstly, it's a One X. As Horizon 4 has been developed specifically for the Xbox, it's expected to be one of the best showcases of the One X's power and graphical capabilities, so it makes sense that Microsoft would want to package them together. Secondly, the bundle also comes with a digital copy of Forza Motorsport 7 thrown in for free. Though a year old, Motorsport 7 offers a more traditional racing simulator compared to Horizon 4, which is an open-world driving game. For any petrol heads, it'll be hard to go wrong with this bundle.

Unlike the Forza Horizon bundles, the Shadow of the Tomb Raider bundles are more unexpected. Like Fallout 76, we had no idea that Microsoft had the marketing rights to the game. Though the game will still be available on PS4, it's a statement of intent from Microsoft to gain the rights and offer bundles which should give them an edge.

As with Forza Horizon 4, Shadow of the Tomb Raider gets two bundles; one with a white One S 1TB, and one with a black One X. These two bundles will be available on September 14th.

Just to recap, here's a full list of the bundles announced at Gamescom:

Continue reading
1 week ago
0 Comments
What are the different PS4 models?