Review: The Venom multi-colour LED console stand is here to light up your Xbox gaming life 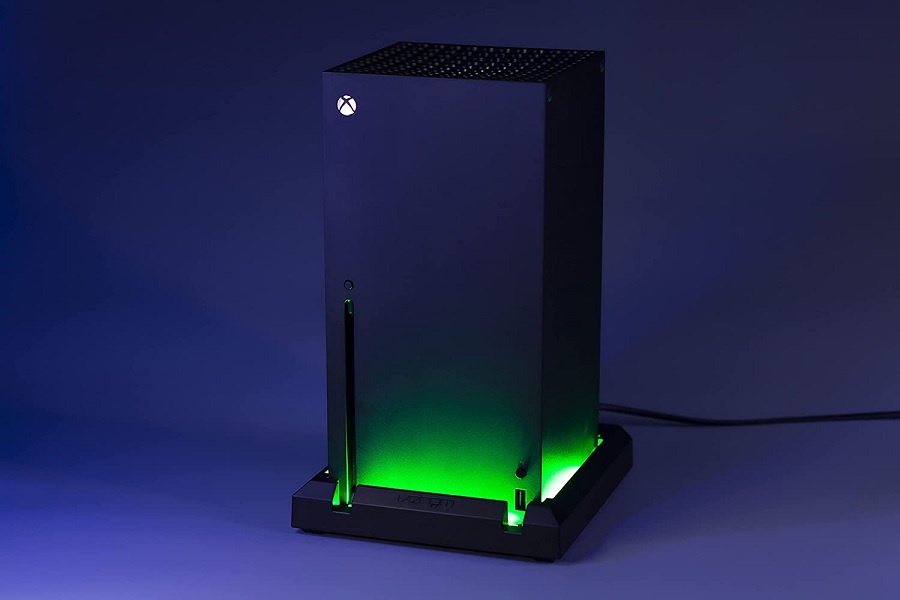 While I’ve always been someone who thinks it doesn’t matter what a console looks like – we look at the games on screen, after all – I can empathise with players who think the Xbox Series X looks a little… well, boring. It really is just a giant rectangular cube coated in black, kind of like a Mini-Fridge or the monolith structure from Kubrick’s 2001: A Space Odyssey. How, then, are you expected to jazz it up? Enter Venom’s new multi-colour LED console stand, released September 10th 2021.

Perfectly primed to see your monolithic Xbox Series X glow from the bottom upwards, this is ostensibly a plastic square stand. There’s genius in this humble simplicity, though, as Venom has designed it in such a way that your console will sit perfectly snug into the base, layering the rim with a series of brightly-lit LEDs so as to illuminate any Series X in one of 8 colour options. It’s purely aesthetic through and through, but works to draw attention to your gaming lifestyle in a rather elegant way.

The LED Console Stand is compatible with Xbox Series X only, accepting the console extremely neatly without any screws or clips required. Of course, the joy of Microsoft’s 4K-ready console being designed to stand up is that it’s hardly at risk of toppling, so it’s nice to see that Venom has used this to its advantage when designing this aesthetic upgrade. The shade of black perfectly matches the Series X’s natural colour tone, too, elevating it ever so slightly without sacrificing any form or function.

This is a stand that also retains the Xbox Series X’s natural convenience. It’s a perk best evidenced in the inclusion of both a USB 2.0 slot and USB-C slot at the back. The former is what connects to the console itself in order to power it, while the type-C port is a handy extra. When upgrading your Xbox Series X setup with the Venom multi-colour LED console stand you’re actually gaining a port, which is good for a player like me who need one port for my wireless headset’s Bluetooth adaptor and another for a capture card.

So how does the Xbox Series X look when fully on display sat atop the LED console stand? Well, when not switched on or not in use you’ll likely forget it’s even there. However, when the sun sets and the night rolls in, switching the stand on renders the console looking very cool indeed. The beauty is that only one solid colour is displayed at one time, negating the risk of garishness you often see with third-party accessories that sport RGB lighting.

Speaking of which, the LED console stand offers a selection of 8 colour settings as mentioned earlier, ranging from Green (of course), Red, Blue, as well as a final mode that smoothly cycles between them all. In addition to being able to change the colour Venom has also allowed you to change the intensity of the light, which is great for those who don’t want a constant distraction seen from the corner of their eye whenever gaming. There’s simply a lot of customisation options here, all but guaranteeing that there’s a colour mode suited to you.

Overall, this is a cool gizmo that isn’t an essential purchase but is an aesthetic flourish that does exactly what it says on the tin. It’s about as flexible as a LED stand designed for the Xbox Series X can get, and should suit those that want to add a little pizzaz to their gaming setup. It’s great that Venom have been careful not to remove any ports and make this thing look decent when not in use, too. It retails on average for £29.99 RRP here in the UK – a good price for those wanting to elegantly and efficiently light up their Xbox play sessions. 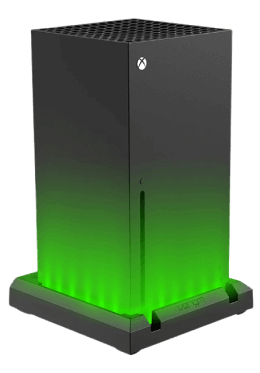