The current generation of consoles may have knocked it out of the park when in comes to their respective gaming controllers, but this doesn’t help devout PC players – who need to look elsewhere for a great gamepad solution. EasySMX’s attempt at wooing over this crowd comes in the form of the ESM-9013 wireless controller, which heavily takes its cue from the classic Xbox 360 design, albeit with a few extra quirks and touches. There’s not too much here set to impress, but it works just fine and is reliable.

Much like the EasySMX VIP002S RGB gaming headset we reviewed earlier this week, the ESM-9013 Wireless Gaming Controller pares a lot of things back when it comes to style. Most of the controller is coloured in a standard black all-over, with the EasySMX logo serving as the home button placed in the centre of its design. It’s available in a choice of either Black/Red or Black/Blue; we were sent the latter and came to really appreciate how the colour aspect is subtly used. 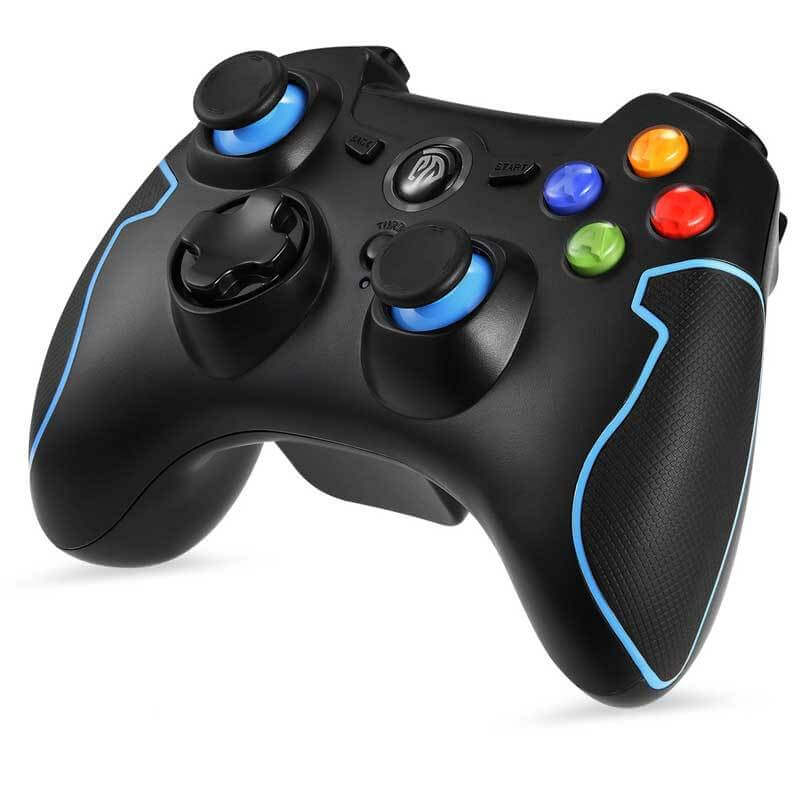 Essentially, the blue comes laced around the grip area either side of the controller, outlining where the palms of your hands must clench in order to stay comfortable. The rubber grip material the electric blue tone surrounds feels of a decent quality, ensuring that you never lose your clasp regardless of how sweaty your hands get during heated play. The same blue also sits under both of the off-set analogue sticks, adding to the ESM-9013’s overall subtle design.

Comfort-wise, the ESM-9013 wireless controller doesn’t disappoint. The entire gamepad feels solid enough that it can take a beating and plenty of harsh presses without the risk of hindering your ability to perform fast button inputs. This is especially useful during online play. Speaking of button inputs, though, and one aspect we really liked was the satisfying click feedback all actions gave us. Whereas some third-party controllers choose to go the soft and comfy route with presses, the ESM-9013 always lets you know that your input has been registered. It’s a small factor, but a notable one.

The analogue sticks sit at the perfect height, always giving me reliable control of my character whether in a first- or third-person game. The one real negative we kept bumping up on, however, was the battery pack that sits on the pack. The ESM-9013 requires two AA batteries to work, but this meant that the back of our fingers would constantly be brushing up against it when in use. It might just be the curse of having big hands, though. Overall, EasySMX successfully pays homage to the Xbox 360 controller in terms of layout, even if it can’t quite match its comfortability.

The ESM-9013’s performance is a bit of a mixed bag if we’re honest. First off, let’s start by saying that the controller performs exceptionally well when in use, easily connecting to the required USB dongle when played on either PS3 or PC. And this is where the issues arise, because you did read that right. The ESM-9013 is not compatible with PS4 or Xbox One, but rather chooses to focus on PC and PS3. A saving grace, however, is that it will also communicate with Android devices and smart TVs. Just bear in mind that if you own a current generation console you’ll have to look elsewhere. 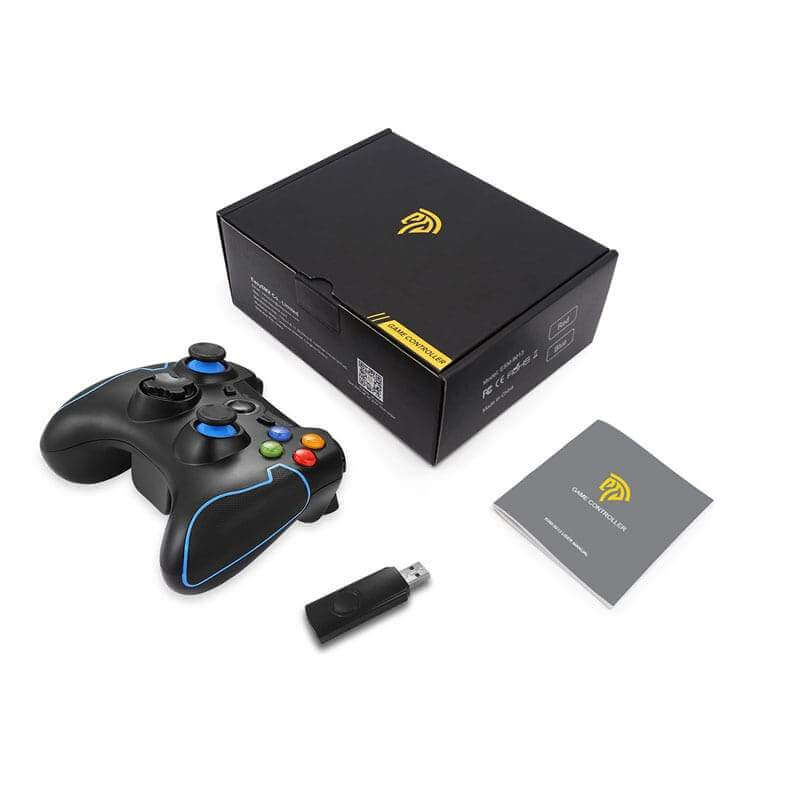 We mentioned that the ESM-9013 comes with a USB dongle. Luckily, the connection performance between this and the main gamepad was never anything short of instant. 2.4G tech ensures that there’s close to zero latency, and a generous range of 10 metres will be appreciated by anyone who has their sofa or chair situated quite far away from their PS3 or PC. Performance is overall great on all the platforms it supports. The PC compatibility is the real boon here – just make sure that yours is running Windows XP/7/8/8.1/10.

When it comes to affordability and price you really can’t go wrong with the ESM-9013 wireless gaming controller. Here in the UK it’ll cost you somewhere around the £19.99, which is extremely reasonable considering its wireless capability, generous connection reach and overall comfort quality. It might require you to replace the AA batteries every so often, but that’s a small price to pay for a truly reliable game controller that works effortlessly on PS3 and PC.

Outside of its incompatibility with PS4 and Xbox One, you really can’t go wrong with the ESM-9013 wireless gaming controller. Its appeal might be a little limited by this strange oversight, but its usefulness in letting you easily play PC games on either Steam or the Epic Game Store in seconds offsets this frustration somewhat. It’s also extremely elegant-looking and generally comfortable to hold. Whether for extended play sessions or quick matches of multiplayer, EasySMX has covered most of the bases with the ESM-9013 wireless gaming controller.