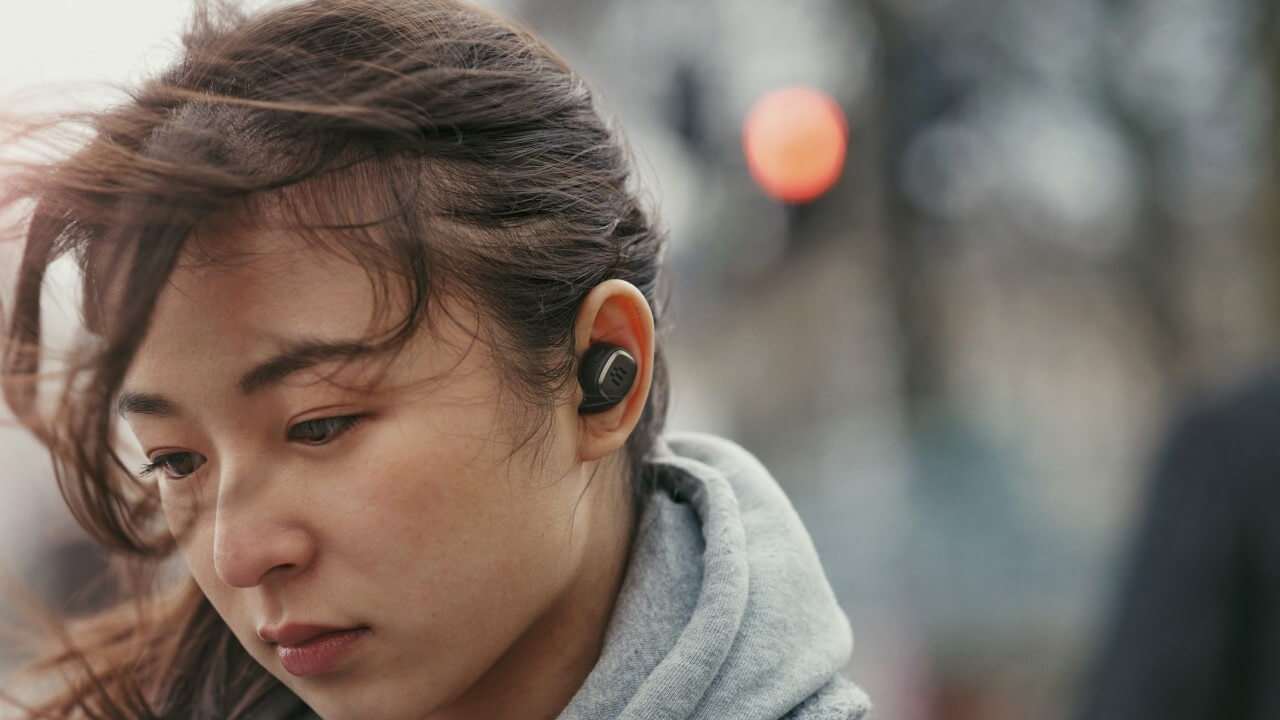 It’s more important than ever these days to enjoy crisp audio to better immerse yourself in modern video games. This has paved the way for plenty of conventional headset options catered towards home console experiences on PlayStation and Xbox to release. However, accessory manufacturers have an interesting problem to solve with the Nintendo Switch, as not only is it a system playable on the big screen like many others, but you can take it anywhere with you. How can players do this while still enjoying their game’s sounds and music to a satisfying degree?

Audio specialist EPOS thinks it might have the answer in the form of the new GTW 270 Hybrid Gaming Earbuds. Specifically made for use with the Nintendo Switch, though also compatible with phones and other consoles, these have been ergonomically designed to suit most ears and to deliver the best-in-class audio for those that want to play remotely without being over encumbered by a set of weighty cans. Question is: Do the GTW 270 Hybrid Gaming Earbuds deliver? Read on to find out…

As far as first impressions go, the GTW270s offer a good one. These are by no means just a casual set of wired earbuds you’re used to picking up on the cheap, but rather an extremely premiere design that looks and feels sleek when you take them out of the box. The side of each bud is coated in an attractive gun metal aluminium with a non-invasive print of the EPOS logo on the top, while the side that actually sits in your ear canal is coated in black.

Overall, the GTW 270 Hybrid Gaming Earbuds tout a sense of style that understate and in no way garish. And with the general desire for most designer earbuds is for them to go unnoticed, any devout Nintendo Switch players can rest easy knowing that this is most definitely the case. As these don’t function through Bluetooth, though, an accompanying USB-C dongle is needed. Luckily, this slots in rather neatly into the port under your Switch console, going unnoticed for the most part. Then finally you have the case in which you hold the GTW 270s in, which is equally slick and unpretentious in terms of aesthetics. Generally this is a simple but premium-looking audio product.

In terms of functionality, pairing the GTW 270 Hybrid Gaming Earbuds couldn’t be easier. After placing them in the metal case and charging them via USB-C for a little while, getting both the buds and your Nintendo Switch to speak to each other is a simple as slotting in the L-shaped USB-C dongle. Eventually both accessories should start blinking a purple colour, and if you have at least one earbud in your each you should hear a spoken confirmation of the pairing. It really is as simple as that. There’s no need to enter any menus on the Switch or press any buttons, EPOS have made it extremely straightforward. You can get listening in no time.

This is unfortunately a different matter when it comes to pairing with phones. Because while no Bluetooth is required when connecting the earbuds to Nintendo Switch, getting them to speak to your Android device involves letting the buds sit in their metal case in addition to the usual “searching” rigmarole. Thankfully, once you do this once you can forget about it. It’s also worth mentioning that the GTW 270s are also compatible with Xbox and PlayStation consoles despite this not being their main focus. Again this is entirely done using the USB-C dongle that’s included, which can be plugged into a USB-A adaptor and then connected to your desired home console.

Performance-wise, I came away very impressed with the level of full sound the GTW 270 Hybrid Gaming Earbuds were able to deliver, even without the ability to pack in 50 or 70mm drivers. A lot of this is due to the GTW 270s’ excellent closed-back noise reduction, which successfully locks out most external noise while you play. It’s not a factor that’s especially unique to this accessory, sure, but you can tell it was important for EPOS to accomplish this, as the very shape of the left and right earbuds have been designed to accommodate noise cancelling. The result is a set of earbuds that prioritise and boost in-game music and sound – and nothing else. 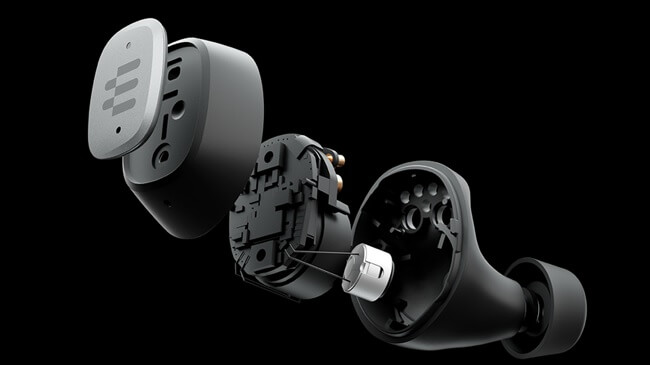 Another hurdle for EPOS to overcome is the issue of latency, which can always be a concern for devices that are wireless. Thankfully, it’s one that the 270s easy overcomes, mainly due to the patented lag-free aptX architecture which ensures you always benefit from a low latency connection. We tested the GTW 270s with Metro 2033 Redux, The Witcher 3 and Monster Hunter: Rise. In all these titles the sound never dropped out once and noises always appeared in synch with my in-game actions. The audio is only being played back through a single audio channel, too, but in the moment it works well enough.

Lastly, I think it’s worth mentioning how well the GTW 270 Hybrid Gaming Earbuds handles battery life. EPOS have been quite clever here in splitting charge into two components. One is obviously the earbuds themselves, which can comfortably last for around 5 hours. This might not sound like much in the grand scheme of things, but when you consider that this is only for handheld sessions, it should be more than enough. We’d love to meet anyone who can play their Switch portably non-stop and have it last longer. Then you obviously have the case in which you can store the ear buds. This gives you an additional 15 hours of charge, meaning you can take the entire set with you and have enough battery for four full gaming sessions.

At first I was a little bit trepidatious about using a set of earbuds (as opposed to earphones or a headset). This is through no fault of EPOS specifically; it’s just been years since I had used the former. Luckily, I needn’t of worried. Though some players may need to fish through the various-sized buds included with this set, those left on my default perfectly suited my ear just fine. From here they were easy to place in and stay comfortable.

I took the GTW 270 Hybrid Gaming Earbuds through their paces for roughly 5 hours in total, and after the first 10 minutes of use did I barely notice them in my ear. Surely this is the hallmark of any good earbuds, right? Going by this rule the GTW 270s are perfectly comfortable. As mentioned earlier, the level of full sound you’re getting for a device so small is impressive, too, so the fact that you can stay immersed without having to fidget with what’s in your ear is a major win.

One aspect where the EPOS GTW 270 Hybrid Gaming Earbuds may fall down is with regards to price. Because while they are extremely impressive in terms of comfort, functionality and so on, turns out you might end up paying a handsome sum for this privilege. Going by the official EPOS website, the GTW 270s will generally run you around £180. This initially surprised me consider that they’ve been specifically designed for the Nintendo Switch – a console with a Lite model primed to set you back £199.99 RRP on its own.

Is this a deal breaker? It really depends on how much use you think you will get out of EPOS’ premiere earbud efforts. £180 is a high price even compared to some of the prestige headset solutions out there, true, but considering that the GTW 270s work with all major consoles and PC as well as mobile devices, it might be worth it for a gamer who uses all these platforms. However, this does nothing for players who solely play on Nintendo Switch. The level of sound and amount of comfort is impressive, yet I can’t help but feel that the freedom of wireless is raising the cost here a little. Overall, unless you’re a hardcore gamer, it may be best to wait for a sale.

Those looking for a premiere audio solution on Nintendo Switch that's wireless will certainly find it in the EPOS GTW 270 Hybrid Gaming Earbuds. They deliver an impressive level of full immersive audio while keeping any external sound at bay, staying comfortable to wear and use for many hours. Price may be an issue for some, but this doesn't detract too much from the well-rounded package.