PlayStation 5 vs Xbox Series X: Which next-gen console is better? 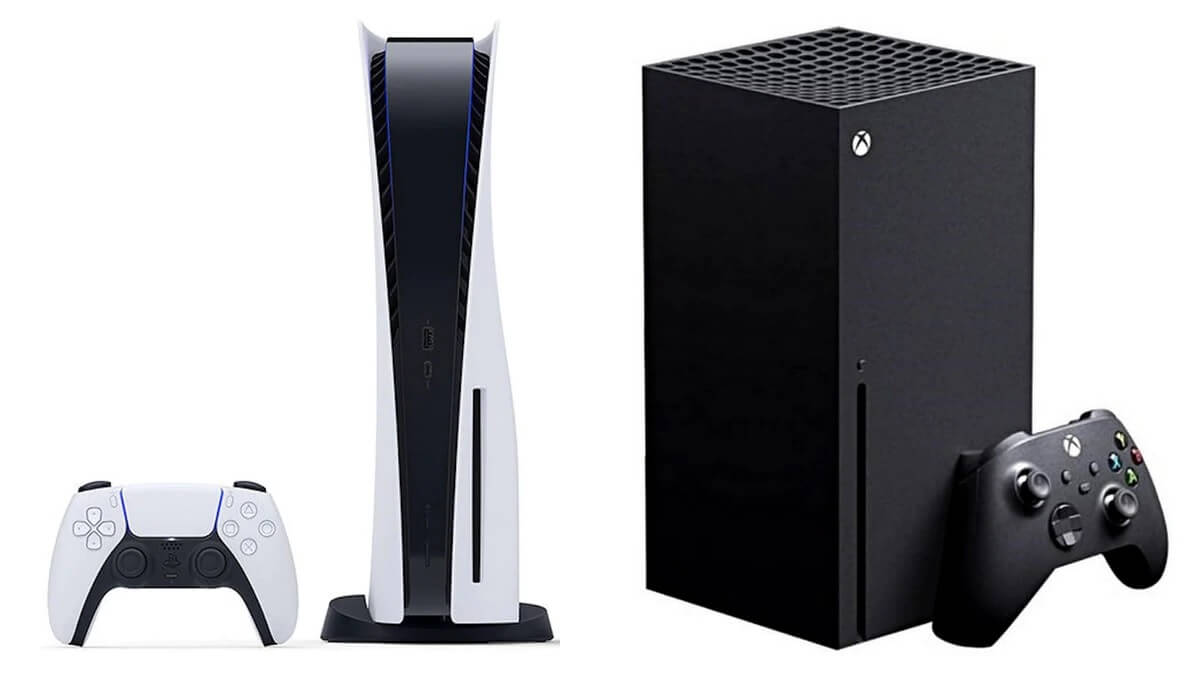 Microsoft and Sony’s next-generation consoles have been on the market for roughly six months now, which is more than enough time to “wow” players with their improved graphics, loading speeds and shiny selection of Triple-A games. Both came out of the gate strong when they launched in an extremely volatile climate this past November, but the debate remains… Which next-gen console is better: the PlayStation 5 or Xbox Series X?

This is an entirely subjective question, of course, as the PS5 and Series X both have strengths in vastly different areas. For instance, your ideal next-gen console may entirely depend on the type of games available, while other players may value a slightly better purchase price. In this guide we’ll break down all the major similarities and disparities between each platform, helping you to make an informed decision the next time a next-gen console bundle pops up. Here’s all you need to know in the ongoing ‘PlayStation 5 vs Xbox Series X’ debate…

You can always easily tell the PlayStation 5 and Xbox Series apart from each other due how different they look. In terms of pure aesthetic, the latter box has absolutely gone for an understatedly old-school appearance, ostensibly being just a black hyperrectangle. Complete with air vents at the top, the Xbox Series X is a sleek-looking, if slightly uninspired piece of video game console design. Internet commentators were quick to liken its look to that of a mini fridge. We’ll leave you to decide whether that’s an apt description.

By comparison, the PlayStation 5 is a completely out-there console design, one easily recognised by its futuristic shape that touts two white wings pointing outwards either side. This aesthetic varies slightly should you opt to go for the standard PS5 or PS5 Digital Edition, but overall the PS5 is coloured both black and white, with a further tint of orange thanks to the light that stays on when in rest mode. Unlike the Xbox Series X the PS5 looks like no other piece of tech out there. And while the appearance of your next-gen console in no way affects games or function, which one you elect to purchase may depend on how garish you want the machine to look when placed in your TV’s entertainment centre.

Both next-gen consoles represent a marked improvement over their predecessors from a tech perspective, as you’d no doubt expect. However, while you might assume that Microsoft and Sony have approached the innards of PS5 and Xbox Series X very differently, you’d be surprised that they actually share a lot in common. The strategy for both platforms was to offer players a 4K-ready gaming experience for just a fraction of the typical price, resulting in a lot of shared tech from trusted suppliers like AMD.

Here’s a full breakdown of what the PS5 and Xbox Series X is packing under the hood:

Nothing has changed in terms of how the PS5 and Xbox Series X eco-systems will share a lot of the same multiplatform games. Microsoft in particular has been making a lot of company acquisitions, true, with the likes of Double Fine and most notably Bethesda now going first party (making games just for Xbox). However, Sony too has a respected gamut of in-house developers known for the high-quality cinematic experiences they provide. It’s each console’s Triple-A exclusives that will most influence your purchasing decision, so here’s what’s either our now or coming soon for PS5 and Xbox Series X:

It’ll come as no surprise to learn that there’s no drastic difference in price for the PlayStation 5 and Xbox Series X.  The standard PlayStation 5 console retails here in the UK for £449.99, while Microsoft’s 4K-ready box retails for the exact same. Things get a bit more interesting, however, should you choose to go discless, as the digital-only PS5 goes for £359.99 – almost £100 less than the standard SKU. That’s a huge saving for players happy to purchase all their games digitally and don’t think they’ll utilise a built-in 4K optical drive.

The Xbox Series X has a cheaper, discless SKU too in the aptly named Xbox Series S, but if we’re purely comparing the Series X against the standard PlayStation 5 it’s a fairly level playing field. Neither console is likely to budge on their established RRP until at least a couple years into their lifecycles, but you can up the value by picking up a next-gen console as part of a bundle. This will see any included games, accessories, and subscriptions packed into your initial purchase for much less than usual.