Nintendo Switch Lite with missing B button appears on Reddit

3 years ago by Tom Stowe
0 Comments 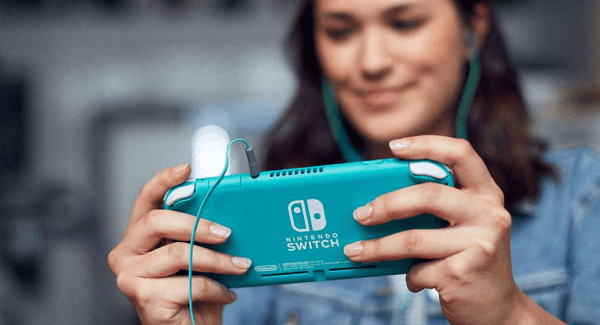 The smaller, sleeker and much cheaper version of Nintendo's hybrid console, the Nintendo Switch Lite, has been out in the wild for roughly a month now, with many players appreciating the lower price point. However, when one Reddit user opened his pastel grey Switch Lite he noticed something.... odd about his new console. Two analogue sticks? Check. Improved battery life. You bet. But what's that where the B button should be? Oh, it's yet another Y button.

Now, obviously, the defective Nintendo Switch Lite is still totally playable, but it somehow features a second Y button where the classic B button should be. We can only imagine that this is the result of an honest manufacturing issue, one which went unnoticed before the Switch Lite unit eventually went out for distribution. Reddit user LeviatanCL doesn't appear to be mad about this honest mistake. Instead it's rather a case of Nintendo thinking "to B or not to B?" for this particular Switch Lite. In this instance it appears they opted for the latter.

Subreddit commenters have been quick to speculate whether this means there exists another Switch Lite out there somewhere with two B buttons, mirroring this one which features two Y buttons. You have to imagine, however, that every console is closely inspected before being boxed for shipping, so it's likely that this could be the only defective Switch Lite model in the world. It's worth mentioning that LeviatanCL hasn't reported any additional issues; it's totally unrelated to some users Joy-Con drift woes.

This isn't the first time an atypical Nintendo product has been found on store shelves. Way back in 2014 a misshapen Samus Aran Amiibo was discovered on store shelves, featuring two arm canons as opposed to the legendary bounty hunter's typical one. The one-of-a-kind figure eventually sold on eBay for a staggering $2,500 on eBay. We can't image this extremely rare Switch Lite would fetch the same price, though.

Still, this grey Nintendo Switch Lite proves quite the exception. And who knows if there will be another Nintendo Switch bundle found with a similar defect? We'll keep you posted, but in the meantime, this curious case of the missing B button remains a mystery.