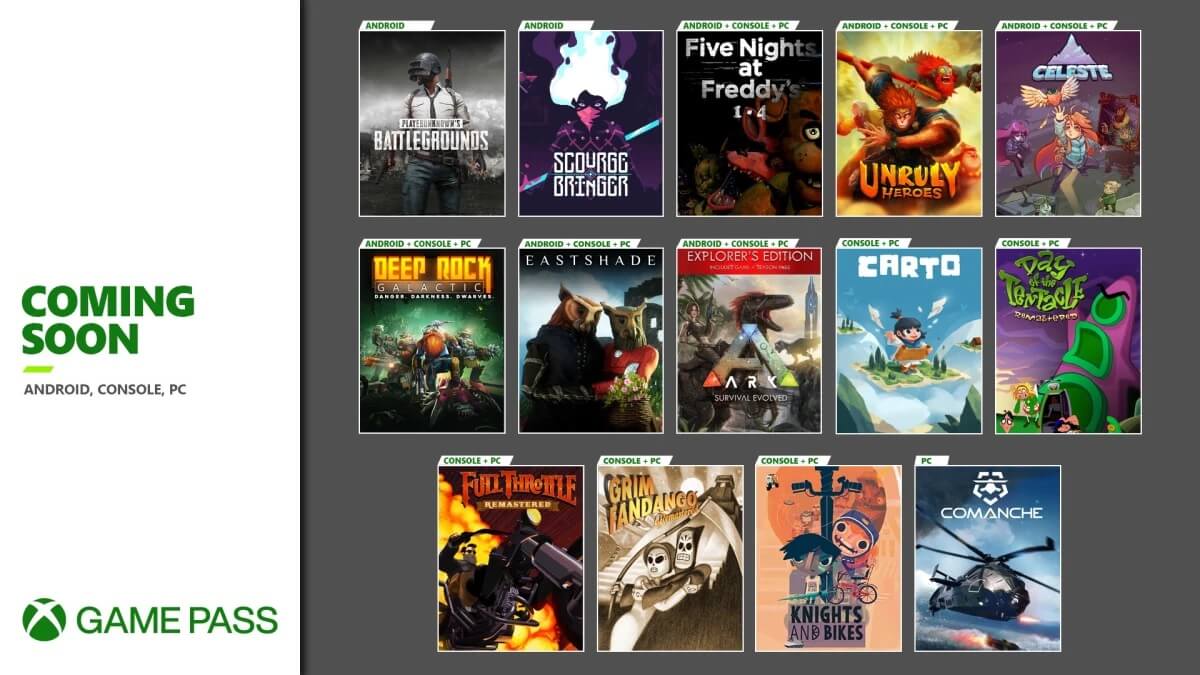 Sure, it hasn’t been that long since subscribers to Xbox GamePass were given the ability to rip and tear their way through hell by way of 2020’s Doom Eternal, but already Microsoft has outlined the next batch of games arriving on its streaming service soon. Said games become available as early as tomorrow, though most are coming to Console, Android and PC at the beginning of November.

We’re not kidding when we say that this month’s new Game Pass editions represent a bumper crop’s worth of content, truly spoiling members of all genre preferences. A lot of this is down to certain titles like PlayerUnknown’s Battlegrounds and ScourgeBringer simply landing on the service’s Android version after already being made available on console and PC. Still, others like Deep Rock Galactic (a procedural horde shooter with a satirical edge) and 90s throwback Knights and Bikes are wholly new. This month there’s something for everyone on Xbox Game Pass.

Here’s the full list of new Game Pass titles and when each arrive.

Of course, all these games arrive alongside an existing library of titles that span almost every genre and player preference. For one low monthly fee Xbox Game Pass subscribers have access to a rotating list of 100 games, ensuring that there’s always something to play.