Is the PS4 Pro right for you?

The latter of these, the PS4 Pro, is a super-charged, overclocked version of Sony’s existing console and, when it releases worldwide on November 10th, it will be the most powerful games console to ever come to retail - all for just £349. 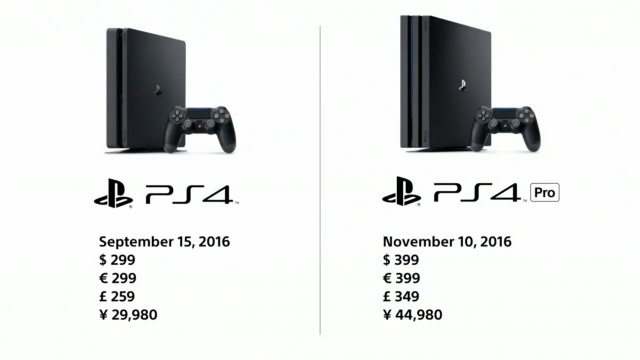 But is it right for you?

While Sony has been quick to talk up the benefits of the PlayStation 4 Pro, it does have some shortcomings which need to be discussed. 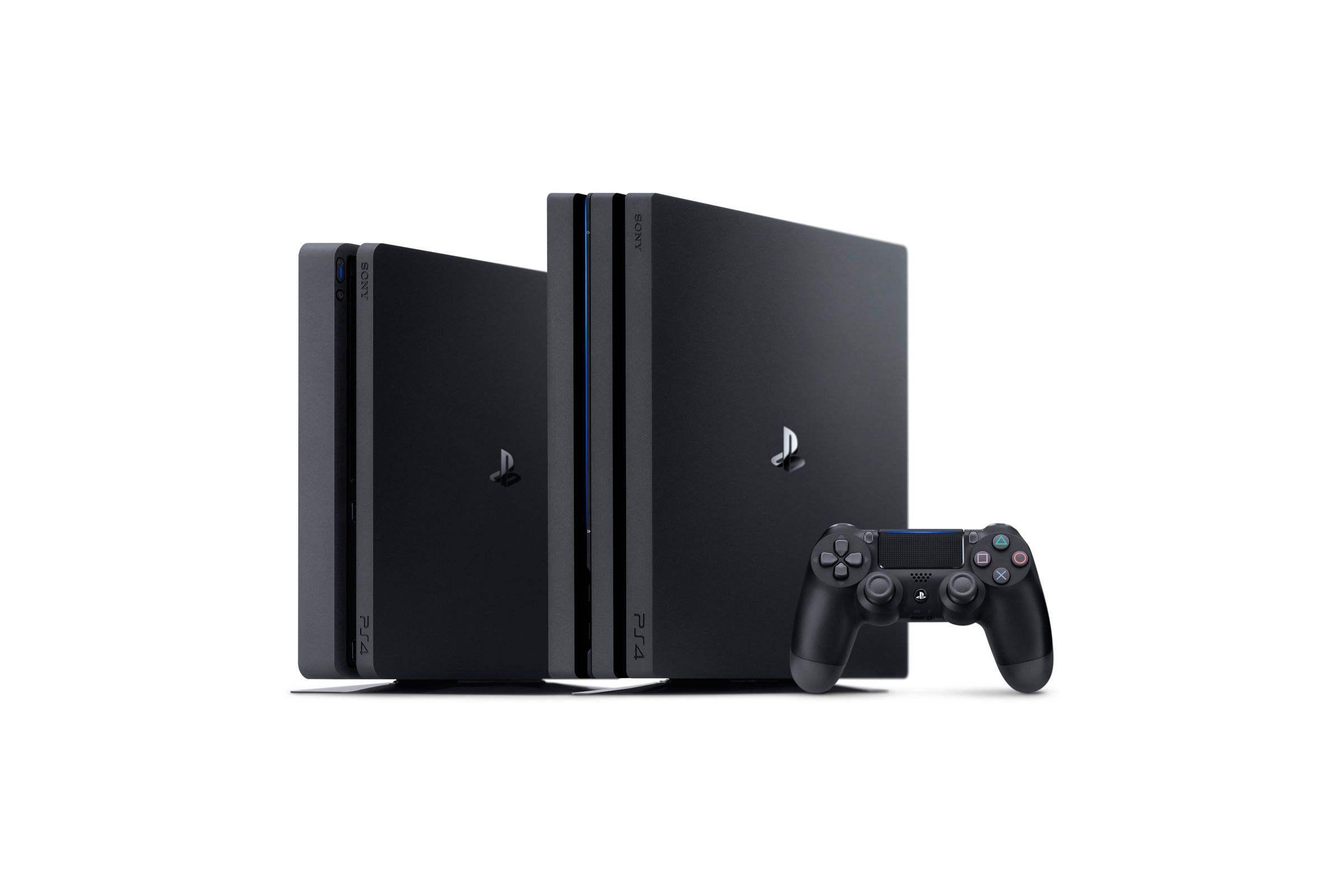 One of the main selling points of the PlayStation 4 Pro is that it will enable 4K gaming at an affordable price. Current PC gaming rigs capable of displaying images at a 4K resolution with a stable frame rate can cost in excess of £1000 so for Sony to be able to offer this at a knockdown price is quite an achievement. The PS4 Pro will also come with HDR (high dynamic range) that increases picture quality, colour range and crispness.

On the other hand, the PlayStation 4 Pro will also offer more options for gamers who are looking for a visual upgrade without upgrading their TV’s to 4K. For example, Rise of the Tomb Raider will offer 3 different visual settings - 4K at 30 frames per second, 1080p at 60 frames per second or 1080p at 30 frames per second but with increased visual effects. This variety of settings offers players the option to play the games they want in whatever mode they prefer on the TV’s they have at home.

If you are currently satisfied with the visual fidelity of the consoles you already own, if doesn’t. On the other hand, if you have a 4K TV or an HD TV and want to make the most of it, the PS4 Pro does offer a significant visual improvement over any other console currently on the market. Unlike the Xbox One S, the PS4 Pro doesn’t just upscale the resolution (although it will do that on games where no “Pro” mode exists), it actually increases the resolution to “near” 4K on those games that have the functionality. If you want to play FIFA 17, Call of Duty: Modern Warfare or Infinity, Ubisoft's Steep or Tom Clancy’s Ghost Recon Wildlands or a plethora of Sony’s own first party output including Horizon: Zero Dawn or Uncharted 4 at their best, then the PlayStation 4 Pro may be worth the £349 investment. 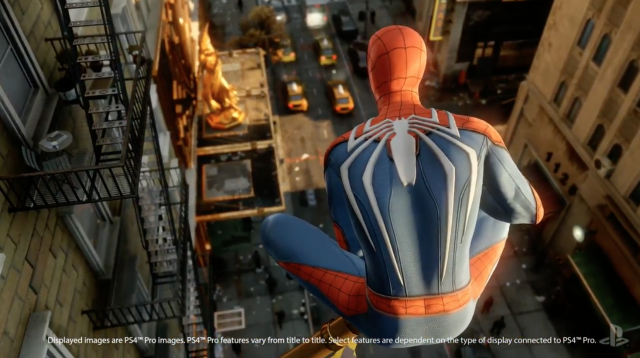 The first example of this was Farpoint, a sci-fi first-person-shooter from developers Impulse Gear, which will be using the extra power of the PlayStation 4 Pro to add extra “crispness” to their visuals.

The main takeaway here is that developers could, using the power of the PS4 Pro, increase the frame rate of their VR games - a key component in reducing the motion sickness feeling that some players experience when playing a game in VR.

One of the key points that Sony made after they announced the PS4 Pro is that the console will not have any “exclusive” games and this extends to the soon to be released PlayStation VR titles. While PlayStation VR games might run and look better on the PS4 Pro (should a developer take the opportunity to utilise the added power), the games will still run on the PS4. If you are jumping into the console market for the first time and are looking forward to PSVR, purchasing a PS4 Pro alongside your VR headset would be a shrewd move. Otherwise, the mileage of “crisper” visuals and higher frame rates might not be worth the price tag to those who already own a PlayStation 4. 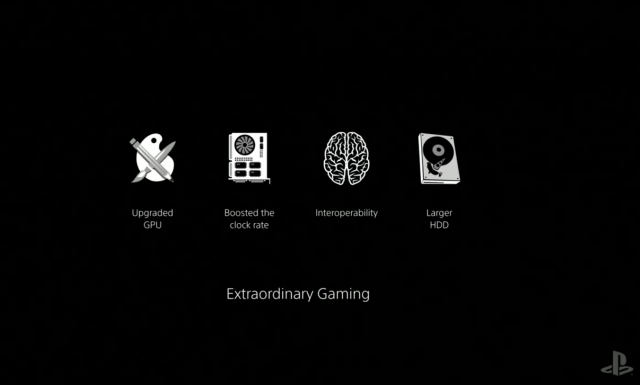 One of the biggest shocks of last night's PS4 Pro reveal was that the console does not come complete with a 4K Blu-Ray player - something that it’s nearest competitor, the Xbox One S does.

The likelihood is that Sony had to make a choice between offering near-4K gaming visuals or including a 4K Blu-Ray player to hit the aggressive £349 price point and, being a game console first and foremost, opted for the former.

However, the PS4 Pro does boast a built-in 4K Netflix and YouTube streaming applications which, when coupled with Sony’s fledgling 4K digital movie store, offers up several thousand hours worth of 4K content available on release day.

If you don’t have a 4K TV and have no intention of purchasing one, you can skip this part. None of it will apply to you. Otherwise, this will entirely depend on your preference between physical and digital media and, inevitably, your internet connection speed. With the gaming market moving more and more of its content to digital online distribution over physical disks and cartridges, the PS4 Pro might look like a forward-thinking console. Of course, if your internet connection isn’t sufficient enough to stream 4K content, it might be worth looking at the Xbox One S which can play 4K Blu-rays. If you prefer to pop to HMV to pick up a movie than buying/renting them and streaming, Microsoft's newest console does have an advantage here. The other aspect to consider is that most high-end 4K TV’s already come with a built-in Netflix and YouTube streaming app making the PS4 Pro versions redundant. 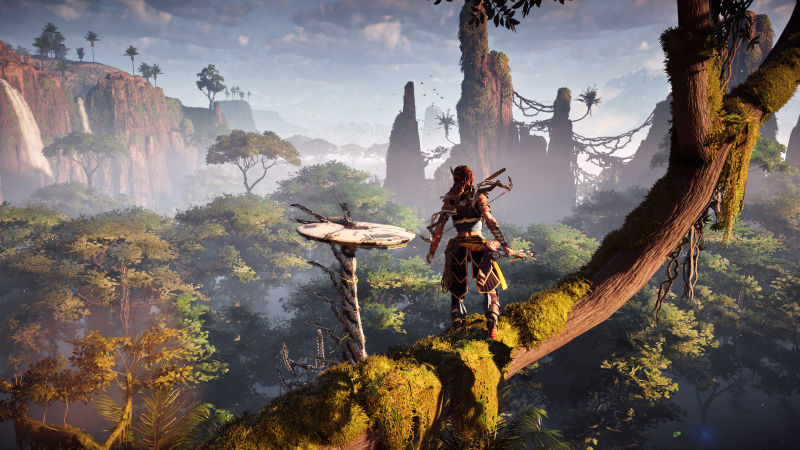 The PlayStation 4 Pro will be a divisive console. To many, the improvements in the PS4 Pro will seem entirely unnecessary and won’t warrant a purchase. To others, the extra power won’t go nearly as far as they hoped it would. If you have a 4K TV, the visuals provided by the PS4 Pro will be unprecedented for a games console - but the absence of a 4K Blu-Ray player may be a deal breaker. Those looking forward to PlayStation VR can look forward to the best virtual reality experience Sony can offer when the headset is coupled with the PS4 Pro - but the super-charged console isn’t a necessity when the standard PS4 is more than capable of playing the same games.

When trying to decide whether the PS4 Pro is for you, it is important to understand is that, with the PS4 Pro and the PS4 Slim, Sony is replacing their existing model with 2 separate entities - both with a separate aim, neither of which is to kickstart the next generation of consoles.

The PS4 Slim is the new “entry level” console. It’s has a lower RRP than any of its competitors and, when it is inevitably bundled with a few games in the run-up to Christmas, will allow those who are yet to upgrade from the PS3 or Xbox 360 to do so at the lowest possible price.

The PS4 Pro is the evolution of the existing PS4. It’s capable of playing the best games at their shiniest - but this isn’t an extensive jump in power and performance like we see at the beginning of console generations. This is the SEGA Mega Drive/Genesis to the 32X rather than the Saturn. It is aiming to provide the best possible gaming experience for new PlayStation 4 owners while appealing to those existing PS4 owners that can make the most of the power boosts.

Lastly, when deciding whether the PS4 Pro is for you, it’s important to measure up the competition. The PS4 Pro is undoubtedly more powerful than the Xbox One/One S and will likely continue to set the bar in terms of best-in-class visuals and performance for at least another 10 months. There are, however, 2 other consoles set to release in the near future. Nintendo’s NX and Microsoft’s Scorpio, both of which are essentially vaporware at the moment, are rumoured to release during 2017. While the hardware specifications for these machines are still a mystery, they are more than likely to match or surpass the capabilities of the PS4 Pro.

So there you have it. Much to consider and a lot to mull over before the PS4 Pro launches on November 10th.