While the idea of investing in a PC that’s entirely capable and well-equipped to tackle the task of playing games can seem daunting, we at Gaming Deals are here to tell you it needn’t be. Of course, our bread and butter has until now been home consoles, but even we can’t deny that the idea of a gaming PC that can run games in glorious 4K resolution while maintaining a steady framerate of 60fps is extremely alluring. It’s here where the true graphical potential of games come to fruition.

One barrier potential gaming PC purchasers regularly brush up against, however, is the steep difference in cost. You see, getting the most out of your beefed-up machine means having to invest in a decent graphics card, a nice-sized monitor, amongst other important components like storage, GPU and a case. All these elements tend to come at a high price, but not if you decide to spread the cost using a suitable finance credit plan.

Here we’ll run through all the available credit options you can take advantage of in order to buy and build your ideal gaming PC. We’ve included some of the most trusted UK retailers, each specialising in a particular type of finance. There’s bound to be one that suits your needs, so let’s get into it! 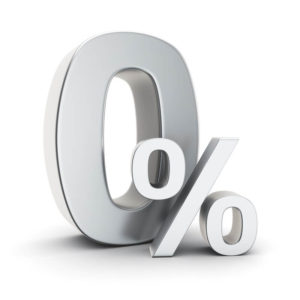 Opting for a 0% finance plan is considered by many to be the best way to the spread the cost without paying any additional interest on top. A full-scale gaming PC could cost you anywhere up to £2000 when you get to some of the higher end models, so finding a retailer with a finance plan that will let you pay this in increments rather than all at once can prove invaluable. There’s no need to pay one lump sum when securing interest free gaming PC finance from any of the following retailers:

Studio is a relatively unknown online retailer that specialises in selling all sorts of electronic products and tech. They provide an entrance into interest free credit through what’s known as the “interest saver option”, which allows you to make monthly minimum payments over an agreed upon period of either 3, 6, or 9 months – it’s dependant on how much you spend. Of course, if opting for a gaming PC, that’s likely to not be an insignificant sum, so you should be given an extended length.

Interest free credit from AO.com offers customers the ability to pay over a period of either 6 or 12 months, easily payable on a month-to-month basis. The good news is that there are no hidden fees to worry about and the process of signing-up for credit on their website is extremely simple. AO have proved themselves numerous times to be at the forefront of tech – making it highly likely that it’ll stock an ideal gaming PC set-up for you.

If you haven’t heard of the Argos Card before now, then it’s easily explained as anyone’s key to interest free finance across their whole range of products. This includes the various gaming PC components they stock such as desktop monitors and towers, which is sure to qualify you for a 0% interest free plan that lasts up to 12 months. This is then easily paid off at a rate that suits you, ensuring you accrue no interest as long as you pay it back before the period ends.

As one of the UK’s most well-known dedicated games retailers, Game are no stranger to offering customers a wide range of graphics cards, monitors and keyboards that should help anyone jump into the world of PC Gaming. They do offer interest free credit, providing the total amount of your purchases amounts to over £99. This can’t be achieved in-store but rather exclusively through their online portal, where you will need to create a PayPal account and utilise their credit facility. Using this method will give you a 4-month period to pay it back, otherwise your interest rate will jump from 0% to 19.9% APR (variable) from the date of purchase. 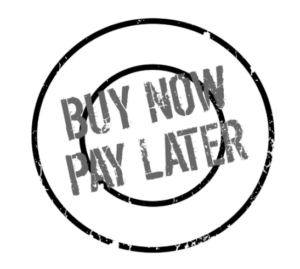 If you’re eager to pick up a gaming PC but don’t have the cash to pay for it right now, then a buy now pay later plan from a lot of the same retailers we listed above has you covered. Most will give you anywhere between 3 and 12 months to settle your account before you become at risk of paying any extra interest, so it’s worth doing the maths and ensuring you can meet this deadline. Argos offer the maximum period thanks to their already mentioned Argos Card – any total over £199 automatically will amount to a 12-month Buy Now Pay Later plan. AO.com, meanwhile, is also there for those that can only afford to pay off a gaming PC across a period of 6 months.

If you’re someone who’d prefer to pay off their new high-powered gaming PC on a strict month-by-month plan, then there are a couple of retailers who make this a viable option.

Currys PC World and ShopTo offer alternative pay monthly plans that work out slightly cheaper, by comparison, with the former’s pay monthly plan boasting an interest rate of 24.9% APR and the latter (who offers it over 6 to a very generous 24 months) at only 14.9% APR representative, via PayPal Credit.

Because the various credit options at Argos are more flexible than most, it’s extremely plausible to treat their Argos Card as if it was strictly pay monthly finance only. Just ensure your gaming PC hardware components costs a minimum of £199 and you’ll be able to pay monthly over a period of 12 months each month at the correct amount.