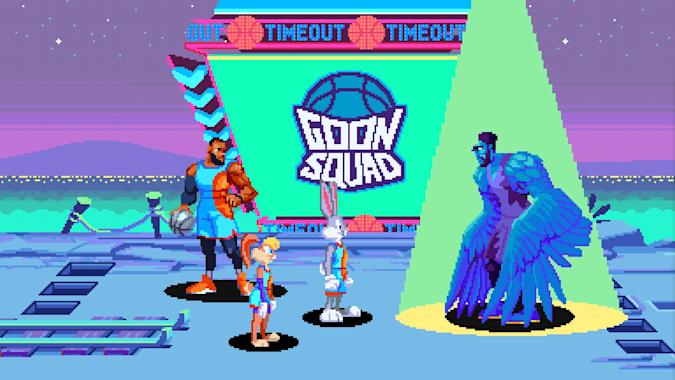 Space Jam: A New Legacy – The Game has you constantly questioning what era we’re living in. Because in addition to being a pixelated 2D beat-em-up in the style of Streets of Rage, Golden Axe and more, it’s also a tie-in release intended to promote an upcoming Hollywood movie – at a time when this classic licensed game practice is no longer the norm. That being said, where Space Jam: A New Legacy – The Game does differ from what’s come before is in how it’s actually quite good, expertly channelling the style and feel of its madcap source material alongside punchy combat. This bite-sized brawler really is a lot of fun either alone with friends, despite its criminally short length.

The first thing that hits you about Space Jam: A New Legacy – The Game is that it’s absolutely drop-dead gorgeous. Whereas most side-scrollers these days often punt for a flat appearance that sees it resemble more of a cartoon, here you have a genuine 2D pixel art game that’s full of imaginative animations and vibrant colours. The likenesses of Bugs Bunny, Lola Bunny and even basketball superstar LeBron James have also been captured excellently in this art style, even as they get hilariously hit or find themselves jumping and dashing around the screen. Such energetic visuals make each Tune Squad member playing essentially the same somewhat forgivable.

Space Jam: A New Legacy – The Game has you bashing, crashing and bopping your way through various colourful stages, most of which we’d be shocked to see appear in the actual movie. This is a classic case of a tie-in video game cherry-picking specific elements and doing something wild with it. Don’t get me wrong, there’s every chance that we’ll see Bugs and the gang battle through museums, pirate coves and machine factories in the film, but the important thing is here it all works to keep the beat-em-up action feel like its ripped right out of a wacky Looney Tunes episode.

The story is somewhat of a prelude to its silver screen counterpart, following Lebron, Lola and Bugs’ attempt to break out of the digital realm while taking down Don Cheadle’s Ali-G Rhythm. This mostly means beating up an endless legion of bots who all have different attack patterns. Thankfully, though, despite the three main stages not taking you long to complete, there are a handful of boss battles sprinkled in which helps break up the regular pace. Plus, those worried that Space Jam: A New Legacy – The Game won’t take you long to complete (especially with two other players) can rest easy, as a boss rush and hard mode awaits after finishing the brief campaign.

Fighting through such zany locations sadly won’t take you long and can become repetitive after you’ve played each character for a short while. However, there is a healthy spin on the power-up concept, in what’s known as character cards that can be called upon and deployed whenever you fill up a meter. From Tweetie Pie’s ability to provide added strength to Taz the Tasmanian Devil’s screen-shaking spin attack, all these various skills can help pull you out of a pinch whenever too many robots begin to swarm. It also offers an added layer of appreciated strategy. Space Jam: A New Legacy – The Game doesn’t allow to switch between the three characters on the fly a la Battletoads, but this is a clever way to integrate more of the Looney Tunes cast and more than makes up for it. 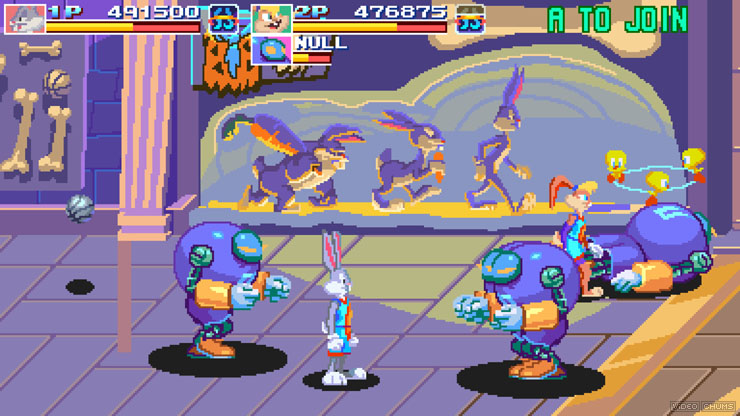 Space Jam: A New Legacy – The Game doesn’t do too much to elevate itself above other entries in this celebrate genre. That being said it’s much better than it had any right to be, and when you consider that it’s being released for free – now for Xbox Game Pass Ultimate members and on July 16th for all Xbox players – it’s hard to complain too much about pitfalls like lack of enemy variety and its short length. The cartoonish animations and pixelated art style makes this a tie-in title well worth playing, packing a joyful punch ahead of the official movie.

3/5
Whether you're looking forward to the new Space Jam sequel or not, A New Legacy - The Game is a worthwhile afternoon play for those craving a charming beat-em-up. Grab hold of two other friends and have fun.
Comments
Latest Articles
2 days ago
0 Comments
Upcoming Xbox Exclusives for 2023 - Starfield, Stalker 2, Redfall and more.