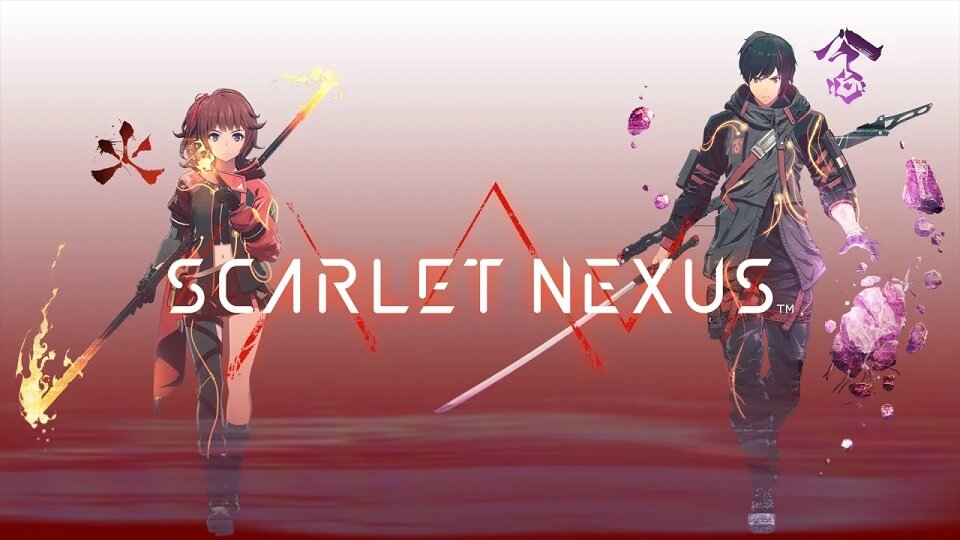 It turns out being a futuristic super cop is tough business. When you're not trying to defend a city from demons from another reality using your psychokinetic abilities, odds are you're unravelling the corrupt aspirations of shady government overlords or forming relationships with colleagues at the local sushi bar. Trying to balance these responsibilities forms much of your experience in Scarlet Nexus, a new JRPG from Bandai Namco where action and style are near perfectly executed. The result? Easily one of the most confident first entries into a franchise we’ve ever come across.

Set in a universe where humans have figured out how to build a bridge between technology and the brain, certain people are selected to use the extra-sensory skills that result from this as part of an elite police unit known as The Other Suppression Force (OSF). What are Others, we hear you ask? An equal parts oddly beautiful yet menacing race of interdimensional mutants intent on eating the brains of New Himuka city’s innocent inhabitants. As far as setups go it’s pretty out there. However, such outlandishness is typical in the melodramatic anime story Scarlet Nexus knowingly throws you into, and serves as a good excuse to let you wreck shop with a suite of destructive force-like powers.

You do so as part of a two-pronged campaign playing as new recruits Yuito Sumergai and Kasana Randall. Both are able to swing and throw around objects at will, temporarily borrow the powers of your fellow OSF comrades, and generally cause problems for any flowery mutant standing in their way. The main difference is that Yuito focuses on melee sword combat whereas Kasana specialises in slightly more ranged attacks using her collection of knives. Gameplaywise, though, being a badass still always boils down to repeatedly mashing light and heavy attacks, all while using the surrounding environment as a weapon thanks to your built-in psychokinesis.

Scarlet Nexus lets you break, lift and lob almost anything within an arm’s reach, and doing so in order to land a perfect hit or headshot against whatever monstrosity stands before you instantly feels satisfying. We were quite worried initially because neither character starts out all that mobile. However, holding down the right trigger to pull off and then hurl an object is never any danger to yourself as the animation always sees you step aside just beforehand. This one element alone helps using psy abilities feel really nimble, as it all completes without any input – freeing you up to think about any further potential combos and follow-up attacks.

It’d be so easily for a game like Scarlet Nexus to rest on the laurels of its utterly gorgeous cyberpunk art design. Thankfully, combat only gets increasingly sophisticated the more either campaign presses on, as you quickly learn how to make use of other OSF abilities like Pyrokinesis, teleportation and clairvoyance before getting to fold them into your own strategy. It’s all part of a system called SAS, where Yuito and Kasana can link up with other people’s brains to enhance their own skills. Trust us when we say that it sounds more complex than it is. In practice it feels incredibly natural – switching between these various powersets is as simple as a few button taps. 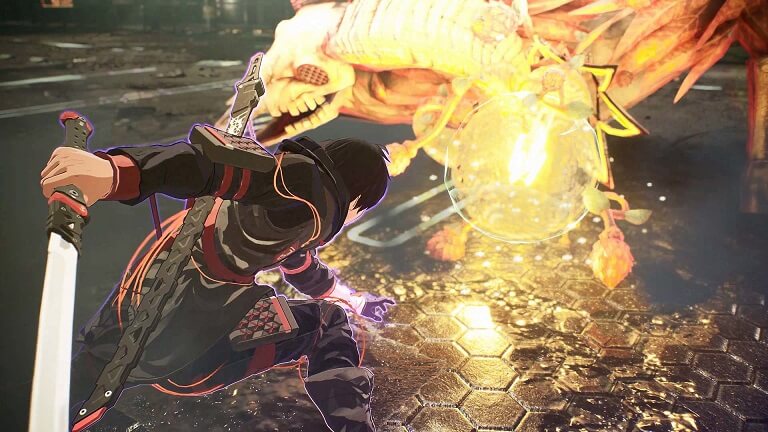 Those worried about being overpowered can rest easy knowing that foes always pose a great deal of challenge despite the generous amount of combat options available to you. Like Yuito and Kasana, they also make use of different elemental skills that can pose a real problem should you get burned or covered in oil. Couple this with the constant stream of new enemy types that grow ever more cumbersome (each with specific weak spots and armour components to break) and you never know what challenge is around the corner next. Players who attempt to treat Scarlet Nexus as a simple hack and slasher will find it a harsh time. Instead it pays to think tactically and balance traditional combat skills with superpowers.

Just when you think you’ve gotten to grips with all of Scarlet Nexus’ stylistic joys, the game throws an entirely new combat mechanic at you four, possibly even five hours in. Brain Field, for example, is an interdimensional space that can be activated once you’ve dealt enough damage, letting you wreck shop against standard enemies and bosses by fully tapping into your psionic powers. This isn’t to mention Brain Drive or the skills you acquire access to when levelling up in the Brain Map. Generally it’s quite a lot to get your head around, but thankfully Scarlet Nexus spreads out the distribution of different combat mechanics far enough that it never feels overwhelming. By the game’s final hours the battlefield becomes your playground.

When not learning how to merge psychokinetics with melee and ranged attacks, Scarlet Nexus lets you catch breath by shoving in visual novel and dating sim elements. Engaging with these and forming bonds with people isn’t pointless, seeing as spending time with them can help enhance your skills in fights, but it does feel extremely undercooked compared to something like Persona 5. Here improving your team’s overall stats is as simple as giving gifts or performing tasks with friends in between the story’s main phases. It’s a shame this aspect isn’t fleshed-out a little deeper beyond glorified cutscenes because people like Hanabi, Gemma and Tsugumi are characterised brilliantly and it’d be good to spend more time with them.

Scarlet Nexus doesn’t let you roam about a true open world, but each of the areas that form New Himuka and the surrounding districts look distinct and encourage you to veer off the linear route by hiding away power-ups and collectibles that can be sold at the shop for cash. Plus, almost every one plays host to a staggering plot twist or visually arresting set piece, which helps to make them memorable in the long run. If anything, Bandai Namco has packed so much life and detail into each locale that navigating it can sometimes be a pain, constantly forcing you to bring up your main map on the quite common instance that you lose your bearings.

Another slight let down is the story’s pacing. Because while there’s plot twists and character turns aplenty in Scarlet Nexus, most of them don’t always feel earned or like they make sense initially. One minute you can be fighting alongside an OSF party member you’ve recently bonded with to max level. The next, however, they’re turning against you out of nowhere – to the extent that their switched motivations now engage a boss fight. If you’re not a players used to the anime genre’s typical melodrama, you’ll certainly be confused. Stick with it, though, and Scarlet Nexus does explain itself retroactively using some suitably outlandish context. Gaining all these narrative insights makes completing Yuito and Kasana’s individual campaigns a must, as both stories form a whole.

Scarlet Nexus’ addictive battle system makes this future-set RPG a thrilling romp from beginning to end. What could have easily descended into a horrible mish-mash of too many combat mechanics and overwhelming systems has been expertly executed by Bandai Namco, giving you the means to stay empowered as a stylish cop trying to save a future world. Navigation is a little irksome and it’s disappointing that building bonds with fellow OSF members is only surface-level, sure, but overall this is a new IP with grace and gusto, where no battle scenario ever need play out the same.

Scarlet Nexus is the next great JRPG franchise from the team behind the 'Tales' series. Gifting players with a suite of supernatural powers and melee abiltities that both look and feel great to use, facing off against interdimensional monsters is the ultimate brain blast and incredibly addictive.

Get the best price on Scarlet Nexus on PS4, PS5 and Xbox below: