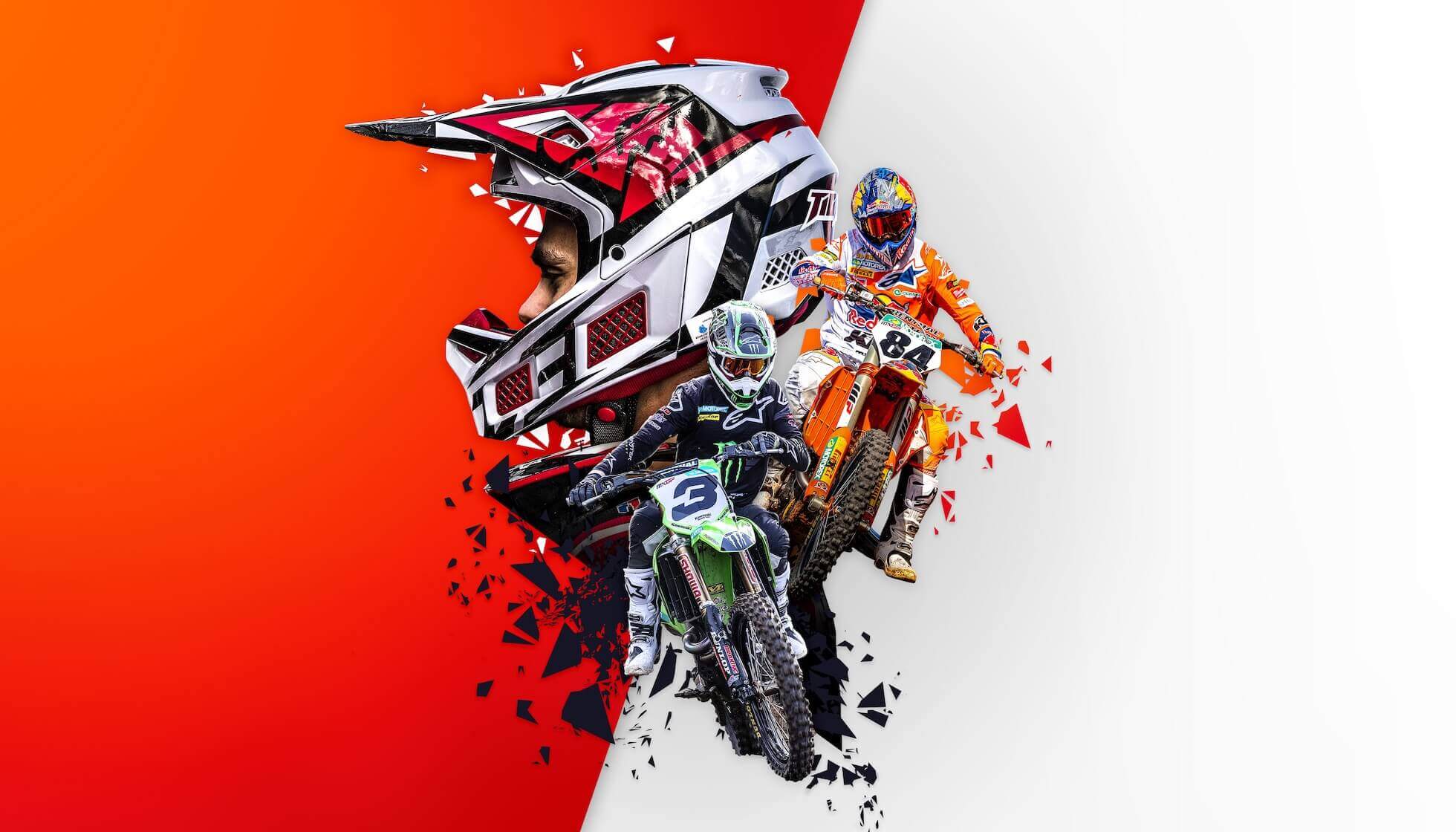 By now the developers over at Milestone have proved themselves to be masters of the motorcycle racer, but I’ve always had a slight sense that the MXGP series has been where its creative heart lies most. There’s simply a lot more fun you can have with a game based on the MXGP and MX2 bike categories compared to conventional MotoGP, not least because of the extra dynamism of tracks and the slightly different terrain types. This remains the case for the most recent effort, MXGP 2020, which may have already released last December on last-gen systems but is now ready to let players tear up the track on PS5.

The first thing to say about MXGP 2020 is that it’s very much a faithful simulation of the motocross championship experience. Because while there’s always the temptation to just hold the trigger down and do your best to reach top speed on a straight, not knowing when to appropriately brake or shift your weight on the motorcycle will almost certainly lead to a crash. Luckily, as is the case in most Milestone racing games, the rewind feature is baked into MXGP 2020’s career portion and quick race modes. This can be activated at any time to attempt a turn or jump correctly, and is still the best learning tool for those new to simulation racers.

I say this because if there’s one thing MXGP 2020 does poorly it’s onboarding. The career mode is surprisingly sparse in terms of content and depth anyway, but all the game does to tutorialise you into how racing works is pop the controls onscreen during your first race. Plus, because there’s no racing line first-timers can stick to, at times it can be all too tempting to just rewind on a section of a track until you get it right. The ultimate goal, though, is to get through a championship without having to use it as a crutch.

Luckily, MXGP 2020 presents players with a whole suite of options to let you tailor the experience exactly to your tastes. The difficulty level of AI racers, for instance, can be set either at Very Easy all the way up to hard, and you can set the gear shifting to semi-automatic or entirely manual. I’m admittedly a casual player for racers of this type, so I appreciated the ability to tweak such incremental settings in there. MXGP 2020 can be as deep a racing simulator as you’d like. 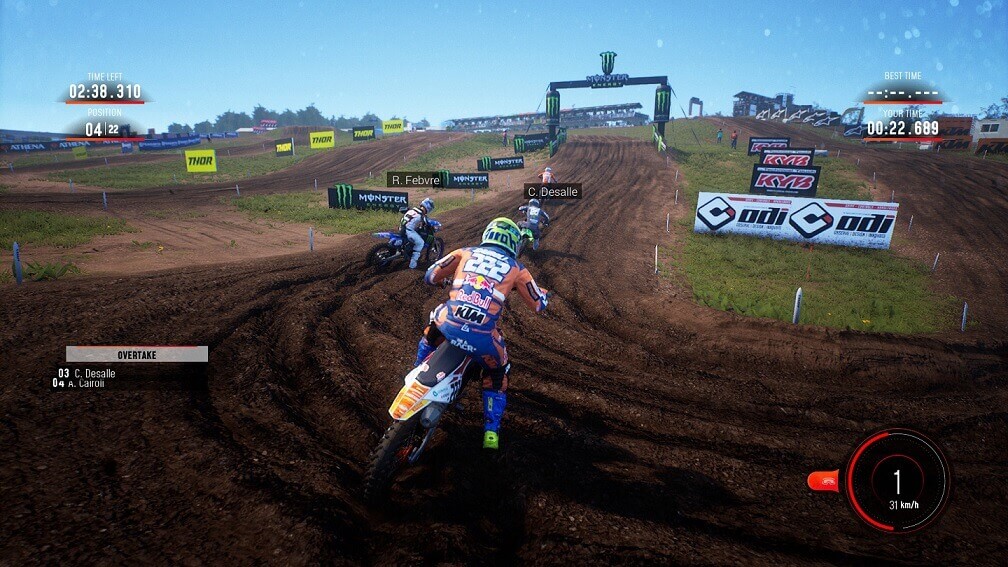 Leaning on the more playful side is MXGP 2020’s Playground mode, which, as its name suggests, is an area where you can just roam around a plain of land and get to grips with your motorcycle. In this year’s iteration the setting happens to be a Norwegian fishing village, which is just as tranquil as it sounds and features a wide variety of terrain to tear up and skid upon. It’s also here in Playground where you can undertake Waypoint races. These act as player-created routes that have been uploaded online and take place on the large-ish map, challenging you to race from point to point without knowing where the next waypoint might be. It’s a fun if basic distraction from the career mode.

Speaking of which, progressing your custom driver’s career is a relatively straightforward affair, tasking you to work your way up the championships while taking on different sponsorships. Placing highly in races when under these sponsorships will see you earn more credits, letting you unlock further customisation options for both your bike and character. Just bear in mind that when under contract you can only don specific colours. The simulated version of 2020’s Pro Motocross Championship won’t surprise veteran petrolheads, but all the season’s tracks offer great variety and look stunning – especially when playing on PS5.

This brings us to the features specific to this next-gen version of MXGP 2020. And first, as you might expect, it quickly claims the title of best-looking simulated motorcycle on the platform (albeit that’s not saying much right now). The game does, however, supports full 4K visuals and dynamic HDR for TVs that support it, and load times between races are now incredibly fast. It helps that menus are a breeze to navigate. I still think Milestone could do more to improve the look of crowds and human character models in general, but bikes are what they do best and the MXGP and MX2 class vehicles look great. 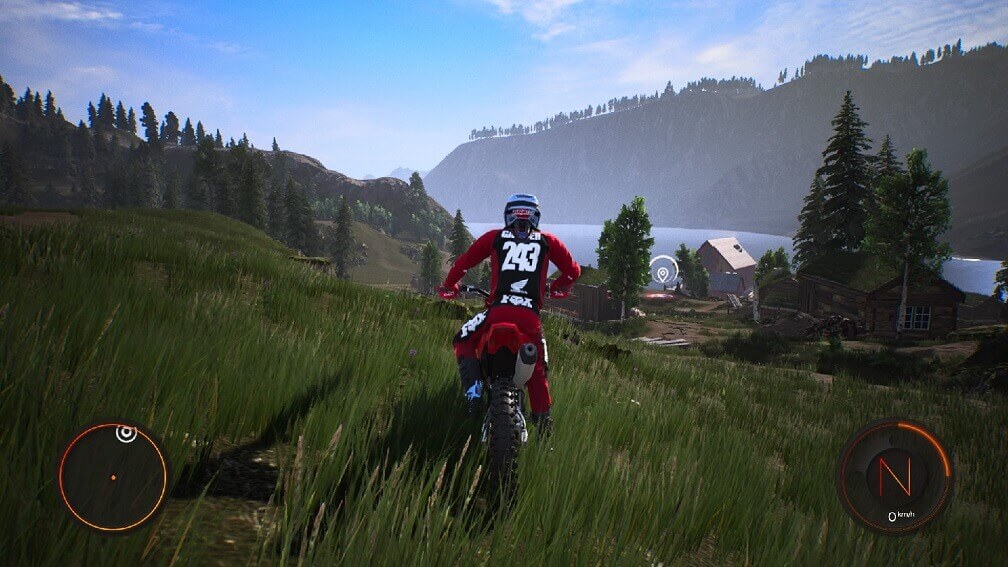 The real boon of this PlayStation 5 version is the haptic feedback support made possible with the Dualsense controller. True, it may be a novelty topic that won’t concern most racing fans for now, but it’s clear that Milestone has dedicated a lot of time to replicate how the bike feels and translate it into the palm of your hands. The rumble of the engine is always present, but when taking a tight turn or you get caught in a wheelspin, you really feel the difference via a more intense rumble. That’s not to mention the R2 trigger’s adaptive resistance, which continues Black Ops Cold War’s penchant for altering tension, this time depending on how hard you’re turning your bike’s throttle.

Overall, MXGP 2020 might not be the great coming out party racing simulation fans likely want from the first next-gen genre entry, but its slightly enhanced visuals and excellent use of Dualsense haptic feedback easily makes this the definitive version. It’s unfortunate that the career mode is light an all-round flair and polish, yet this doesn’t take away from the act of tearing up varied terrain as part of the 2020 MotoCross Championship.

3/5
MXGP 2020 is another serviceable motorcycle racing sim. While tearing up the track and competition in championships remains fun, this PS5 version truly shines thanks to the 4K-quality visuals and excellent Dualsense support. The Playground ands Track Editor modes are a fun enough distraction, too.