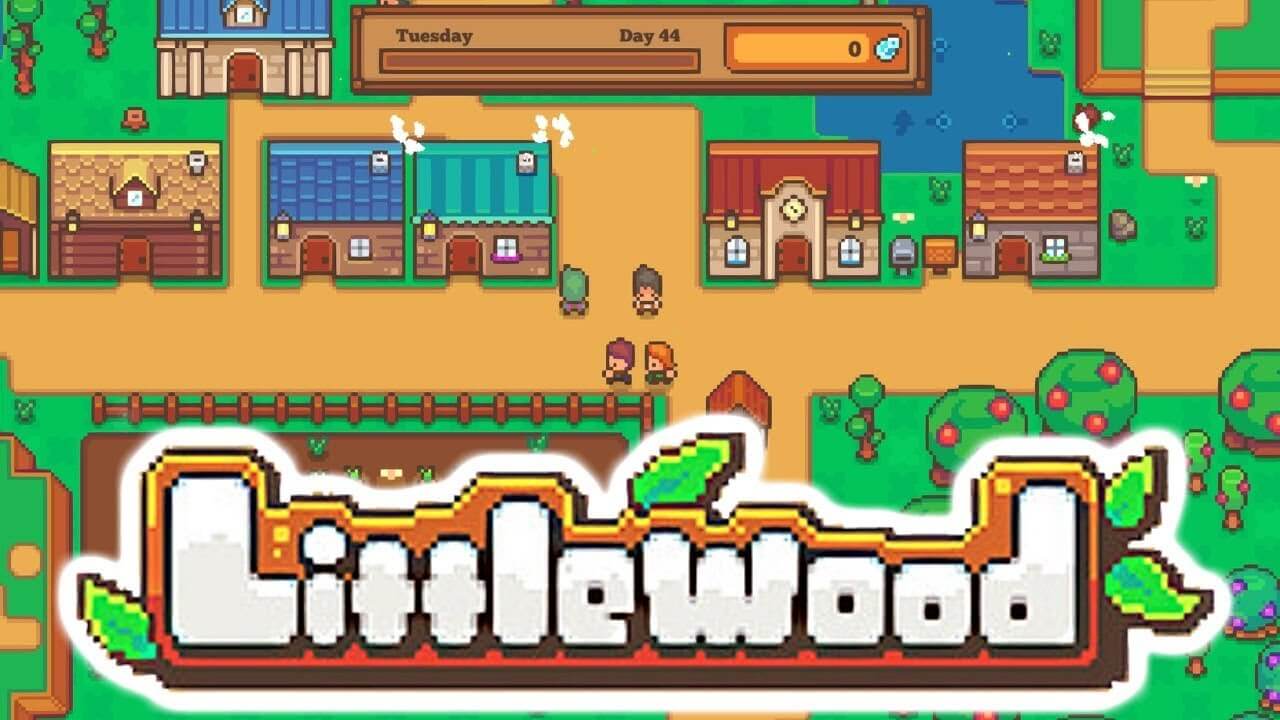 Following the phenomenon that was Stardew Valley back in 2016, it seems like the hunger for indie social simulators has only continued to grow. Escaping the long shadow of a game that left such a big cultural footprint is always a tricky prospect, sure, but I’m pleased that there are several titles out there still willing to try. Littlewood is one of the better and most charming examples to have recently done this, being a peaceful yet oddly addictive social RPG where you must develop your own town and perform tasks for its many charming inhabitants. And while it’s true that Littlewood might not rewrite the town sim rulebook entirely, it’s still a relaxing time on Nintendo Switch nevertheless.

Anyone familiar with Stardew Valley or even Animal Crossing will know what to expect from Littlewood. You play as the newly elected leader of a town who must complete regular hobbies needed to improve the day-to-day running of things throughout the four 30-day seasons that make up a year, choosing how best to spend your day within the finite amount of time given to you. For all the genre hallmarks, though, Littlewood provides a nice narrative spin by taking place directly after you have saved the world. You may not remember how you did this exactly or the person you were before amnesia struck, but having characters constantly reference your bold and valiant efforts is a very cool take on the otherwise expected formula.

Available tasks begin simple at first, as you do your best to make room for early Littlewood settlers and try to slowly build up various skill sets like cooking, gathering and fishing. It’s entirely your choice how to spend the days in this pixelated paradise, but especially early on Littlewood does a good job at ushering you into specific directions you might want to fully expand upon later. I generally found that I had the perfect amount of responsibility asked of me by the time I reached day 15. It isn’t long, however, until new hobbies and other inhabitants are introduced that mean you won’t ever be able to accomplish everything. 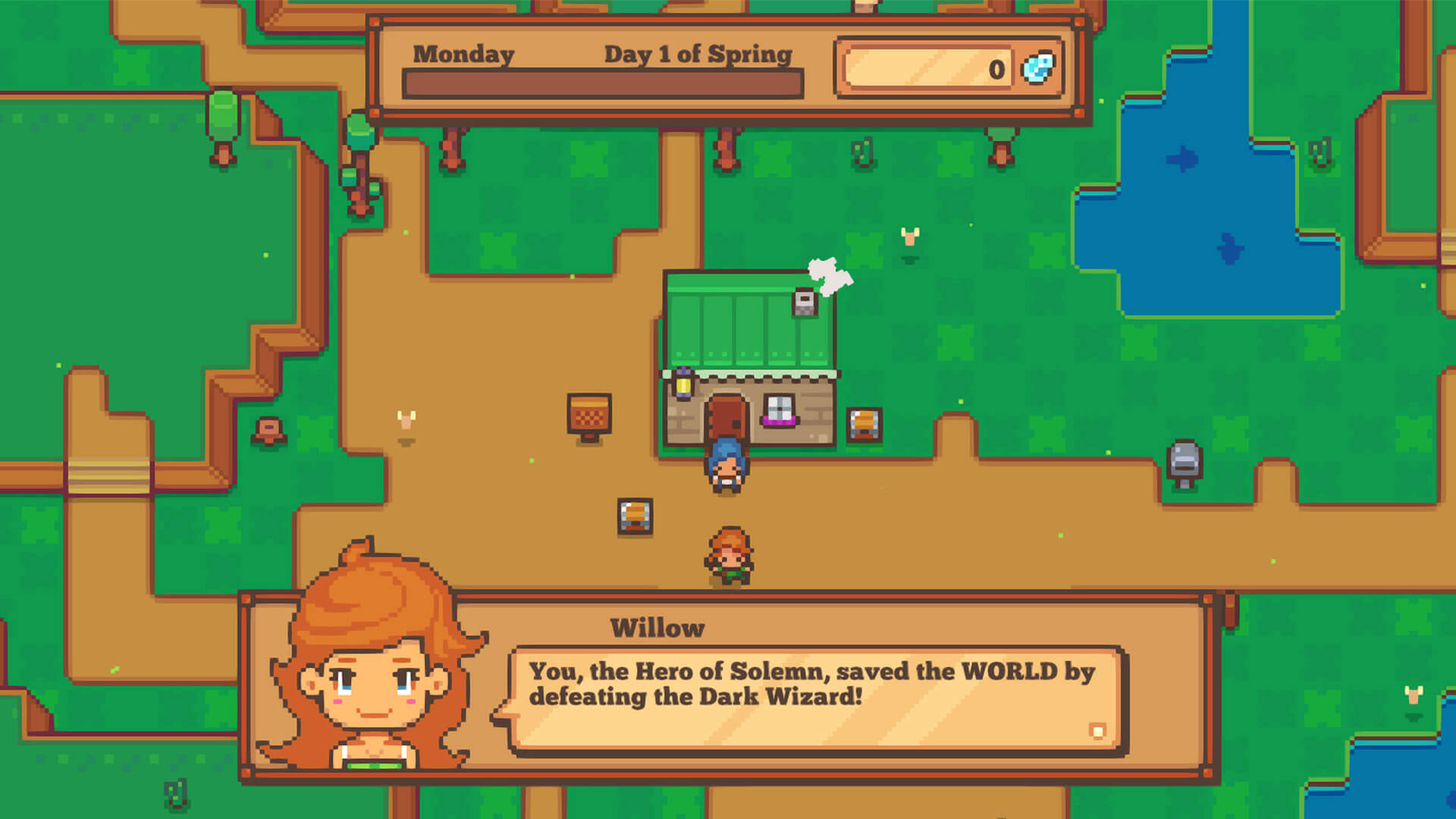 Tasks as simple as chopping logs, cooking food and catching bugs all fill up a precious energy bar that dictates when you’ll need to go to bed. And though applying this arbitrary pressure to your daily routine might seem counterproductive to the soothing vibes Littlewood is ultimately going for, it’s a smart way to ensure that no 24 hours every pass by the same way. This is especially the case once you build the town’s hot air balloon pad, which is capable of taking you to new areas in the world that prove key for acquiring rarer resources outside of your doorstep.

Littlewood isn’t the most graphically impressive game of this ilk out there, but the chibi-infused pixel style is used effectively enough that buildings like the museum, local café and general shop are always instantly identifiable. Visually, I particular grew to love the way a character’s face would pop up with more defined features whenever they’re spoken to. Such a small detail might not sound like much, yet when you’re expected to romance and compliment many of your preferred neighbours, it helps make the virtual bonds your build with other characters feel more legitimate. 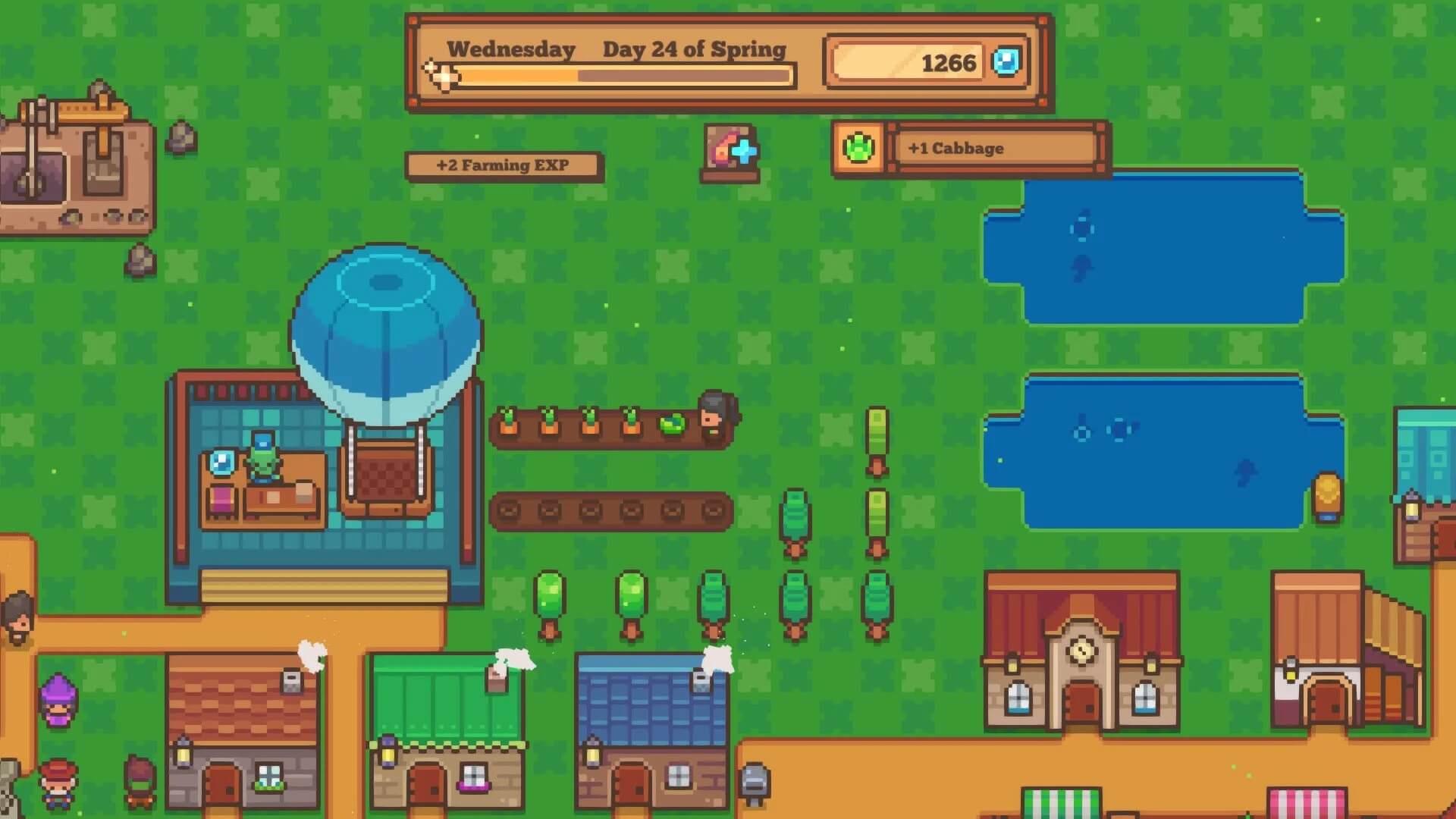 It may surprise some that Littlewood doesn’t feature any combat whatsoever, instead sticking to its core belief that the act of building up a town is a passive affair. Sure, you may be the hero who managed to fend off the Dark Wizard in a climatic battle, but consider these your retirement years. Combat being absent may be a dealbreaker for some, though not once in the 5 hours I played did I miss it. There’s simply too much other stuff to do in order to improve the appearance of my town. What’s more, knowing that there’s never a definitive fail state almost makes playing Littlewood feel like curling up with a book. Only in this book, it never seemingly need end.

Littlewood might lift mechanics from many of its genre peers, but the slight tweaks made to its narrative and emphasis on risk-free tasks makes it a delightful social sim in which to while away the hours. If you’re craving a game that takes the pressure off modern-day life and instead lets you enjoy the simple satisfaction of creating your own little world, look no further on Nintendo Switch. Just be warned: you may end up pouring in many more hours than expected.

Littlewood very much lives up to its name, being a delightful little social simulator primed to absorb a lot of your free time. It being on Nintendo Switch is, in fact, a dangerous prospect, making the act of playing and becoming invested in your own pixelated paradise all too addictive and enticing. Seeking a way to relax? Take a trip to Littlewood.

Littlewood launches for the Nintendo Switch in Europe very soon.

Get the best price on eShop credit below: