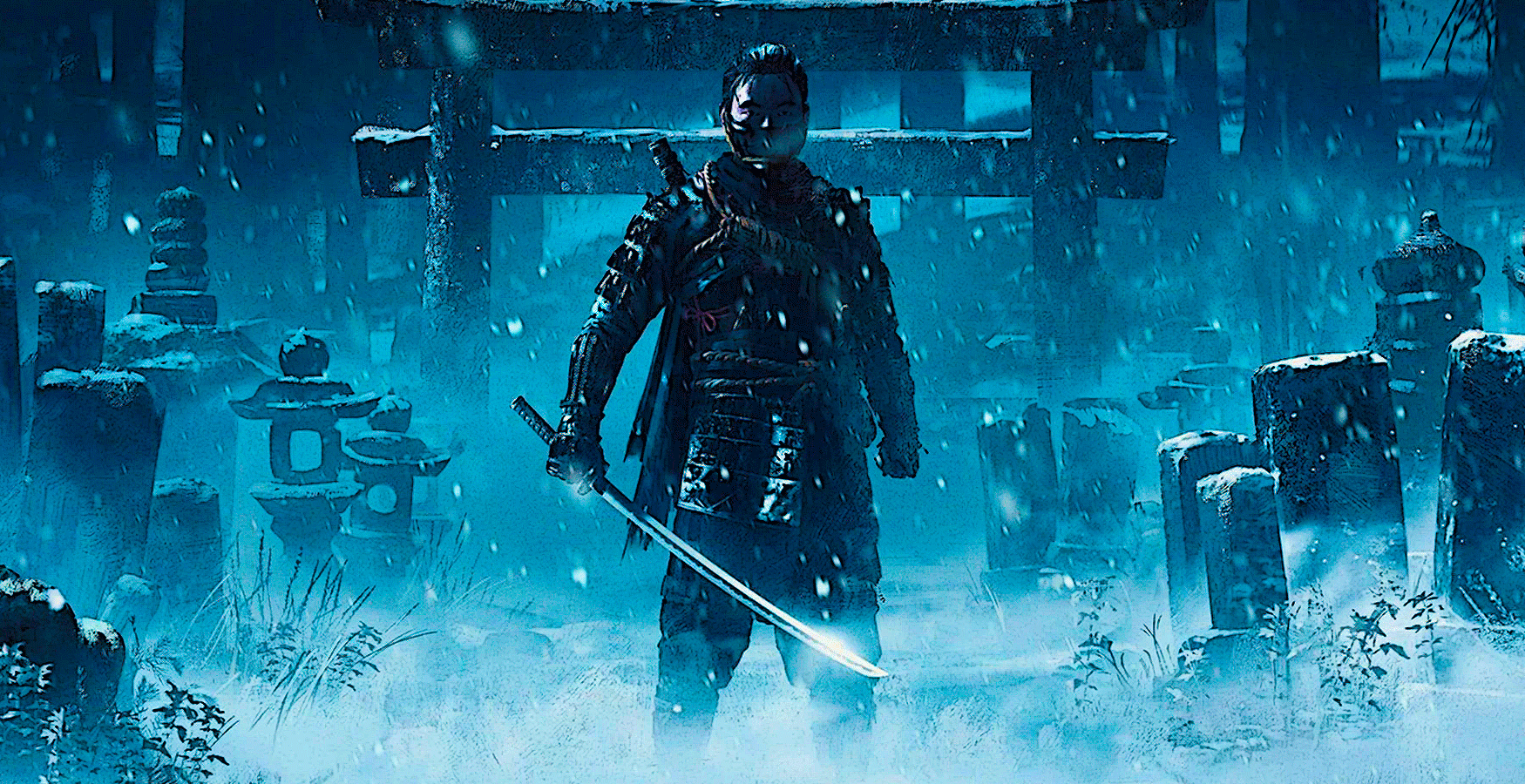 Let’s start things off by calling Ghost of Tsushima: Director’s Cut exactly what it is: not a director’s cut. I’m not sure what PlayStation is trying to achieve by kicking off this new subtitle trend, but the nature of game development is that things getting “cut” doesn’t really apply in the same way as film. Even still, this PlayStation 5 remaster of the PS4’s open-world swansong now looks and plays better than ever, indeed granting players something fresh to look forward to by way of haptic feedback and the Iki island expansion. Does it warrant a return trip to these Japanese shores? You bet.

At its core, Ghost of Tsushima: Director’s Cut is very much the same experience as before. You take on the role of Jin Sakai, one of Tsushima’s last standing Samurai, who must collect himself and slowly advance his swordsmanship skills to hold off the invading Mongolian forces. The difference now, however, is that you have the ability to do so alongside a suite of extra performance enhancements. The standard PS4 version achieved a fairly solid 60 fps on Sony’s next-gen console by way of a patch, true, but Director’s Cut blows this out of the water.

You now have the option to play the game at 4K resolution. This does sacrifice the incredibly smooth framerate, but Ghost of Tsushima is the type of game where 30fps isn’t all bad seeing as its inherently cinematic anyway. Sadly, there’s now “mixed” framerate/resolution option similar to what Insomniac added to Spider-Man: Miles Morales post-launch, but both display modes on offer here do well to present the setting of Tsushima beautifully. Harnessing the full power of PS5 really works wonders whenever you stop to watch the sun set or the fog slowly roll in. At times I continued to ask myself: how is this still an open world game?

Other PS5-specific features obviously include the DualSense haptic feedback. And while it would have been easy for developer Sucker Punch to implement some harsher vibrations and be done with it, it’s the tactile nuisance present in Ghost of Tsushima: Director’s Cut that impressed me most. Simply acts like galloping on your horse Nobu or breaking down a door frame each offer a distinct feeling in the palm of your hands. Up until now we’ve only been treated to what the Dualsense can do in a shooter – a la Returnal and Ratchet and Clank: Rift Apart, but it’s clear than in Director’s Cut the haptic feedback’s untapped subtlety is hard at work. Even summoning the wind sends a satisfying breeze through your fingers.

All these different elements are solid but somewhat expected. However, a much-requested issue that Director’s Cut also resolves is lip-synching. I still don’t know why it warrants being exclusive to PlayStation 5 (I’m no dev), but finally can Ghost of Tsushima be played in Japanese as it was meant to be: with true Japanese lip-synching achieved in real-time. Whereas previously the only way to experience the game this way looked like the audio track had simply been replaced, here everything now matches perfectly. This is an amazing achievement that truly showcases the brilliance of Tsushima’s Japanese voice cast, and only contributes to the Akira Kurosawa vibes when bundled in Black-and-White mode.

Of course, the standout addition in Ghost of Tsushima: Director’s Cut is the new Iki Island expansion. And this is where the feeling of “cut” content really settles in, even if this aspect of Jin’s story takes place after the main story’s campaign. Accessible any time after you enter Act II, this side journey sees Jin venture to the titular setting when he hears word that an untamed Mongol sect is gaining ground. Known simply as the Eagle clan, they’ll test your Jin’s abilities to stay true to the ways of the Samurai as he learns more about the nature of his father’s death.

Just how personal Iki island’s narrative ends up being is quite surprising. Not only because it provides an ample opportunity to learn more about our protagonist who has until now been quite stoic, but also as it offers context to the wider Sakai clan. Without going into too much detail, Iki island sees Jin Sakai stripped of his knowledge and at his most vulnerable. Not least because the main antagonist likes to fight with words instead of traditional weapons. At pace the expansion should roughly take you the same length as one of the main game’s acts, and is absolutely worth playing for Tsushima fans hungry for more.

From a pure gameplay perspective not too much has changed in Jin’s visit to Iki island. Clearing out the Mongolian menace still involves a good mixture of taking down enemy camps, meeting up with allies and exploring different regions to power up. However, it’s made clear early on that this is a journey intended for experienced players, as a new enemy type known as Shaman can pose a real problem. They can cheer on more familiar foes to temporarily buff their skills, introducing a different dynamic by forcing you to choose between assassinating shamans early or dealing with the enemies in front of you first. Both methods still require you to play tactfully.

Despite presenting you with a similar structure, Iki island itself comes across as distinct thanks to all-new sights. One of the first areas you visit, for example, sees you travel through a seaside cove, being portrayed in stark contrast to the base game’s wheat fields and rundown villages. Couple this with a unique colour palette full of pinks and purples, and it’s never hard to recognise you’re not in Tsushima anymore. Iki island also encourages you to explore this scenery by presenting a handful of expanded combat skills for Jin, too. I won’t spoil too much, other than to say that using Nobu to smash into enemy clusters never stopped feeling great – especially with the DualSense in hand.

Ultimately, is Ghost of Tsushima: Director’s Cut worth playing on PS5? It’s a no-brainer for those yet to experience Jin’s samurai adventure, sure, yet equally the Iki island expansion and excellent DualSense integration makes it an enticing prospect for returning players. In some ways it’s a shame that this PS5 upgrade will never be the true coming out party Ghost of Tsushima deserves, but there’s still plenty extra here to wow PlayStation owners all over again. Offering more than what a simple patch could ever provide, this so-called “Director’s Cut” is easily the ideal way to play.

4/5
This enhanced version of PS4's open-world swansong is ready to charm players all over again thanks to excellent Dualsense feedback, new visual options and a sizeable expansion. Iki island doesn't feel entirely new, but it makes slashing it up as a samurai worthy of another visit.

Get the best price for Ghost of Tsushima: Director's Cut on PS5 below: