Game Review: Call of the Sea 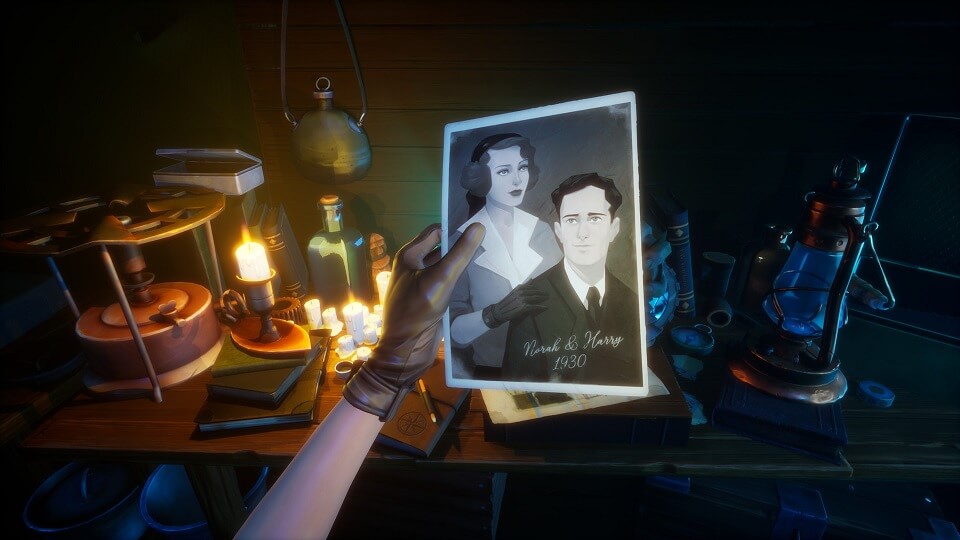 How far would you go to save someone you love? It’s a cliché question that video games ask often, yet one Call of the Sea – a new first-person adventure game set on a 1930s picturesque island – makes somewhat interesting by having it be the main drive for its husband-and-wife duo. Norah acts as the latter of the pair and is someone willing to find out, travelling to the South Pacific in search of her other half after his sudden disappearance. What follows is a mysterious and puzzle-filled journey lightly inspired by the works of H.P Lovecraft. And though fun for the most part, it’s held back by some odd logic leaps required to solve certain riddles that only serves to disrupt the story’s pace.

Call of the Sea wastes no time showing its hand, instantly dropping you on a tropical island paradise and challenging you to discover what happened to the crew who arrived before. Doing this involves exploring environments, piecing together documents and visual cues, and just generally learning more about this continent-spanning expedition and discovering how exactly you fit into it. Don’t go in expecting a pure Gone Home or Dear Esther-style adventure, though, because while the game shares a few traits with many of the walking simulator genre’s best, it quickly becomes clear that puzzles make up just as much of this experience as the story. This isn’t a narrative you can just let wash over you.

Things begin relatively straightforward at first, with most enigmas requiring you to match or line up certain symbols with one another using the relevant visual clues you naturally bump into. It helps that Norah’s notebook also plays a handy role, becoming increasingly filled in with scrawlings whenever you find relevant sights and objects of interest. Problems arise, however, as soon as you hit your first roadblock, where it’s easy to find yourself staring at a page for longer than feels right and you can’t quite work out the solution. Because despite Call of the Sea’s cool story and colourful scenery, it’s no slouch when it comes to puzzle design and there is no hint system in sight.

Every level is broken up into chapters with each featuring several small, and then a main obstacle to solve. Chapter 3 is where my mind was first sent in a spin, as I continually consulted my notebook and combed around the area searching for a clue I was convinced I must have missed. This was a shame as I quickly found myself hooked on Norah and Harry’s relationship and wanted to know how events would unfold, eager to press on to the next story point. Unfortunately for me, all of Call of the Sea’s conundrums only ever have one solution, and unless something in my brain eventually clicked, I wouldn’t ever see where the journey ended.

While I’m not saying every puzzle needs to be a breeze, Call of the Sea struggles often with finding the right balance between puzzles and exploration. Several times in this 5- to 6- hour adventure did I feel my headway halted by some unfair leap in puzzle logic that would demand at least some minor degree of experimentation. This, I feel, could have easily been avoided by having Norah provide audio hints or direction via dialogue after a certain amount of time has elapsed. When it’s clear I have no clue what to do next. As it stands there were way too many times where I was going around in circles. Success with puzzles will vary from player to player, however, so hopefully you will have a smoother ride than I did.

Frustration and a lack of hints aside, solving each chapter’s core puzzle can feel incredibly satisfying at times, particularly when you do spend an inordinate age trying to solve something and eventually reach that “ah-ha” moment; nothing feels better. A lot of this is due to the visual variety Call of the Sea offers in each chapter. Sure, the early sections might largely take place against the backdrop of an island paradise, but being based on H.P Lovecraft ensures not everything is always as it seems, and Norah’s journey of self-discovery goes to some interesting places. 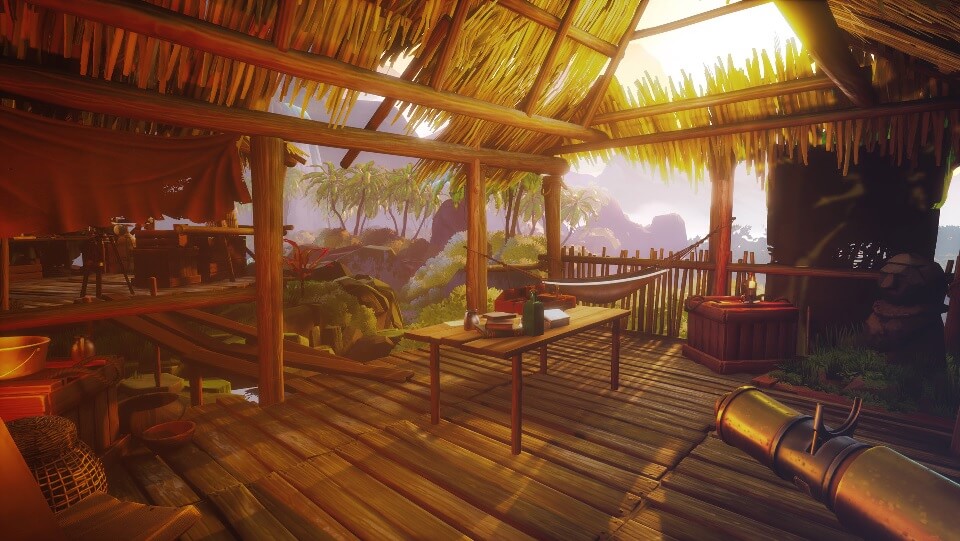 Having previously proved her vocal chops before as Delilah in Firewatch, Cissy Jones once again gives a stellar performance as Norah here – really selling you on the idea that she is a person intent on going to the end of the Earth to find answers. Her introspective thoughts help to fill up a lot of the dead air that would otherwise exist as you continue to roam the island. And while the script can lean a little too hard into expository dialogue at times, I’d much prefer this than the much quieter and more eerie alternative.

Unfortunately, on the technical side of things, Call of the Sea does struggle a bit with frame rate in later chapters. It’s a little surprising considering that, while beautiful in the art department, it isn’t a graphical powerhouse and is at present a console exclusive to Xbox systems. I played on a One X for this review and noticed numerous stutters and slow down as the areas I entered became more built up and populated. This, combined with the odd instance where important puzzle prompts wouldn’t appear without a chapter restart, does make Call of the Sea a little more untrustworthy technical than is ideal.

Call of the Sea’s puzzle aspect might be a bit ruthless at times, but players with the willpower to press on can look forward to a different type of love story. Any major issues with the narrative’s pacing are luckily made up for by an engaging central performance and the thought of not knowing where the next hidden area of the island might lead makes for an engaging mystery. The setting and characters are a success, just don’t go in expecting the next big step in first-person storytelling.

Call of the Sea excels at weaving an intriguing plot under the guise of a 1930s set, H. P. Lovecraft adventure. Pacing issues arise, however, when certain puzzles persistently leave you stumped and unfussed about pressing on. Luckily a stellar central voice performance and bright colourful visuals makes the end worth seeing.

Call of the Sea is out now on Xbox Series S|X, PC and Xbox One.

Get the best Game Pass subscription price below: