Game Review: Ary and the Secret of Seasons 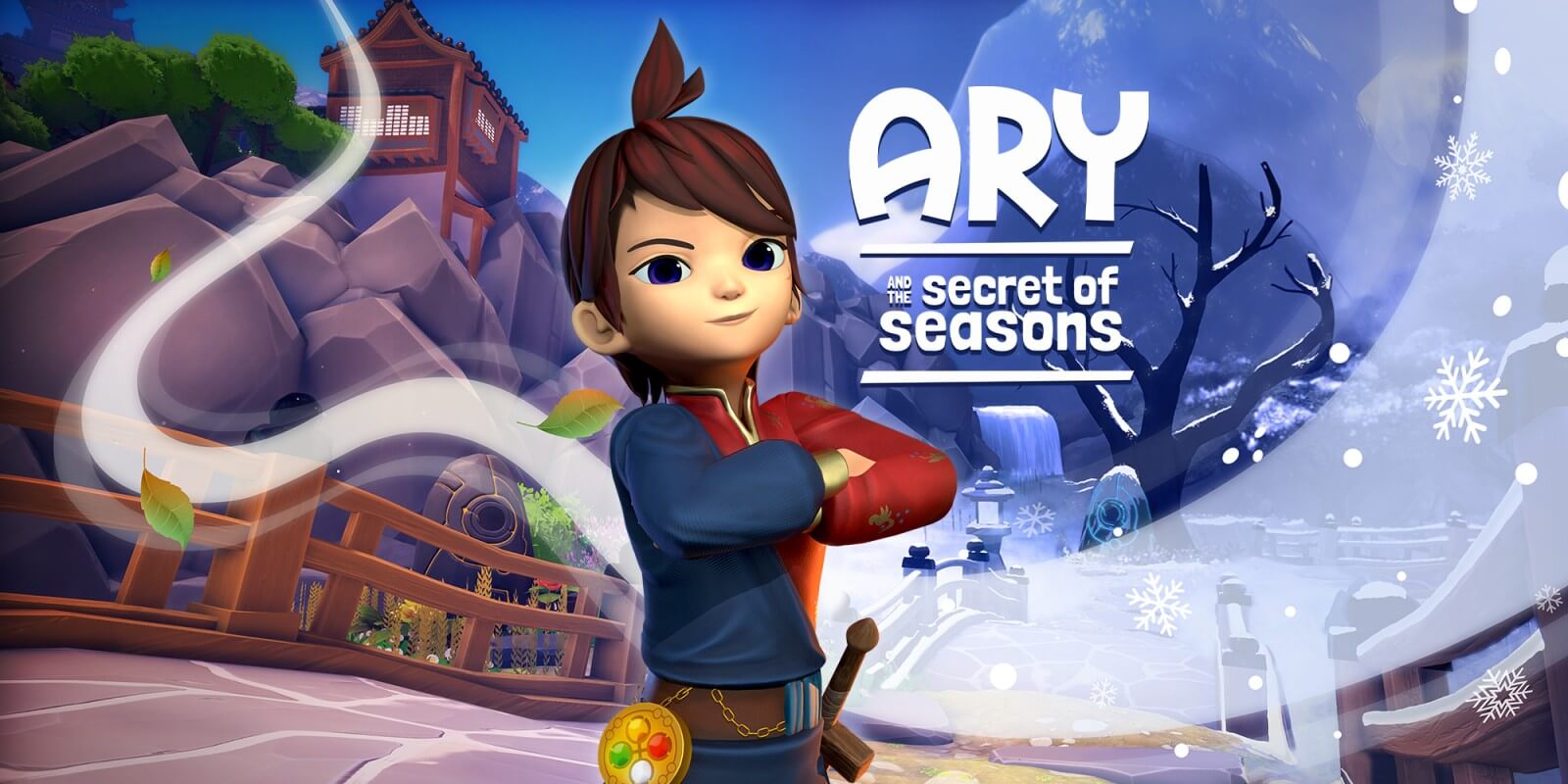 On paper, Ary and the Secret of Seasons seems like a winning formula. Plucky young protagonist full of charm and wonder? Check. Magical setting with a fresh take on the fantasy concept? You bet. Then finally, and perhaps most importantly, a cool central hook for gameplay to help provide a unique take on action and exploration? Well, in theory. The problem with this Zelda-esque 3D puzzle-platformer is that all of this just isn’t well executed, largely due to an overall lack of polish. Ary and the Secret of Seasons could have been a fun adventure, but it needed much longer in the oven. As it is now, it feels like a game that should have released at the beginning of the PS2’s lifecyle, as opposed to the end of the PlayStation 4’s.

It all seems promising at first. You play as the titular Ary (or Arielle), happy to spend her days playing make believe within the comfort of her bedroom, until one day her brother mysteriously goes missing, and a rapid change of the seasons forces her to discover what’s going on. The set-up isn’t Earth-shattering, by any means, but then it doesn’t have to be – and it isn’t long before you’re slashing at anthropomorphic racoons and hyenas with your wooden sword in a bid to become Valdi’s hero.

Combat is a simple case of hammering the Square button when up close to enemies, countering whenever they begin to flash or rolling out of the way entirely. It’s very much “baby’s first Batman: Arkham Asylum” in this regard, though an extra layer of depth – if you can call it that – comes into effect thanks to what are known as solstice powers. These are fuelled by Ary’s ability to control all the different seasons, activated by clicking in R3 to deploy a unique effect such as a fire blast or shrouding yourself in ice temporarily for protection.

As you can probably tell by the game’s name, the seasons play an important role. Ary herself is the daughter of Valdi’s Winter guardian, and you begin your journey with the power to control ice elements. At first this means simply summoning a winter season sphere to cross simple pathways, but eventually it can be used to freeze waterfalls as necessary or create ice steps that enable you to escape. It’s a small taste of what should have been a cool mechanic the entire game is built upon but creating these season spheres quickly grows to become unspectacular. 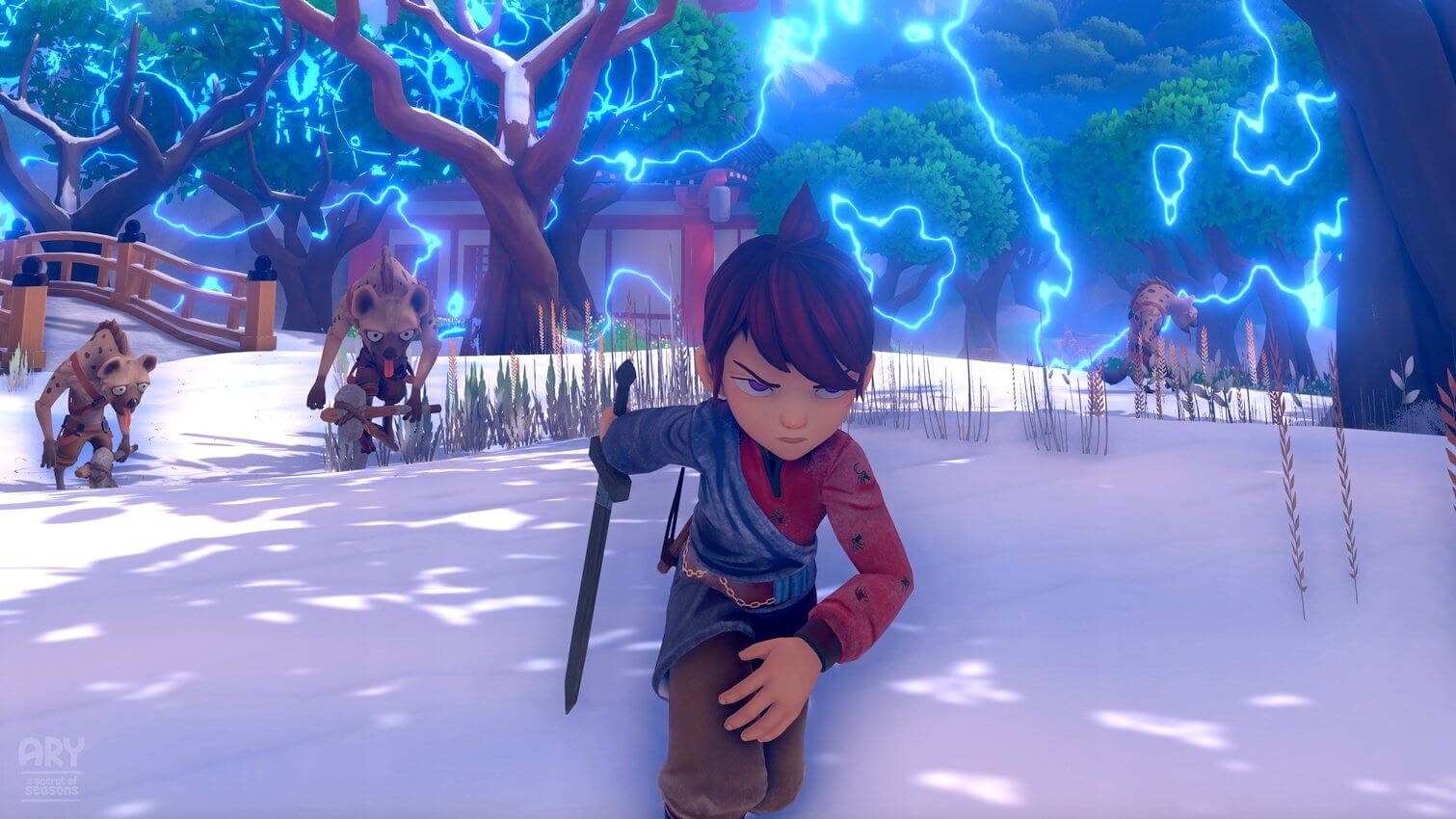 Not helping this is the way each seasonal power is dished out to you. You see, the land of Valdi is split up into several regions all used to a particular season. When the game’s opening cataclysmic event forces these to change, however, the residents are in your need. You start with the power to control ice thanks to your father’s winter crystal, as mentioned, but this is all you have for the first 25% of the game. You eventually gain the summer crystal as the story swerves and alters, using it for a bit before the other two are thrust upon you around the midpoint. Sure, using each season functions much the same, but this does nothing to aid the odd pacing.

The story Ary and the Secret of Seasons sets you on, while derivative of other ‘young hero’ tropes, actually did a pretty good job at keeping me engrossed. What starts out as a simple journey to find out what’s causing the changing of the seasons eventually turns into something else entirely, and though the models of characters are animated quite stiffly at times they are well voice acted and endlessly charming. The game was developed by a little-known developer called eXiin in Belgium, which makes sense considering its distinctly European look and feel.

The various regions of Valdi you'll visit on this 6-8 hour adventure all feel fresh thanks to the differing enemy types present in each and the unique seasonal hazard they happens to be suffering from, but from a general presentation aspect there’s no hiding that Ary and the Secret of Seasons suffers a lot. Environment textures lack detail, pop-in is a common sight and draw distance is often poor. This just doesn’t look like a current-gen game, and though graphics aren’t everything, it definitely hindered my ability to stay invested in this world. Luckily, as already alluded to the story and characters make up for it, but the technical hiccups unfortunately don’t stop at the visuals. 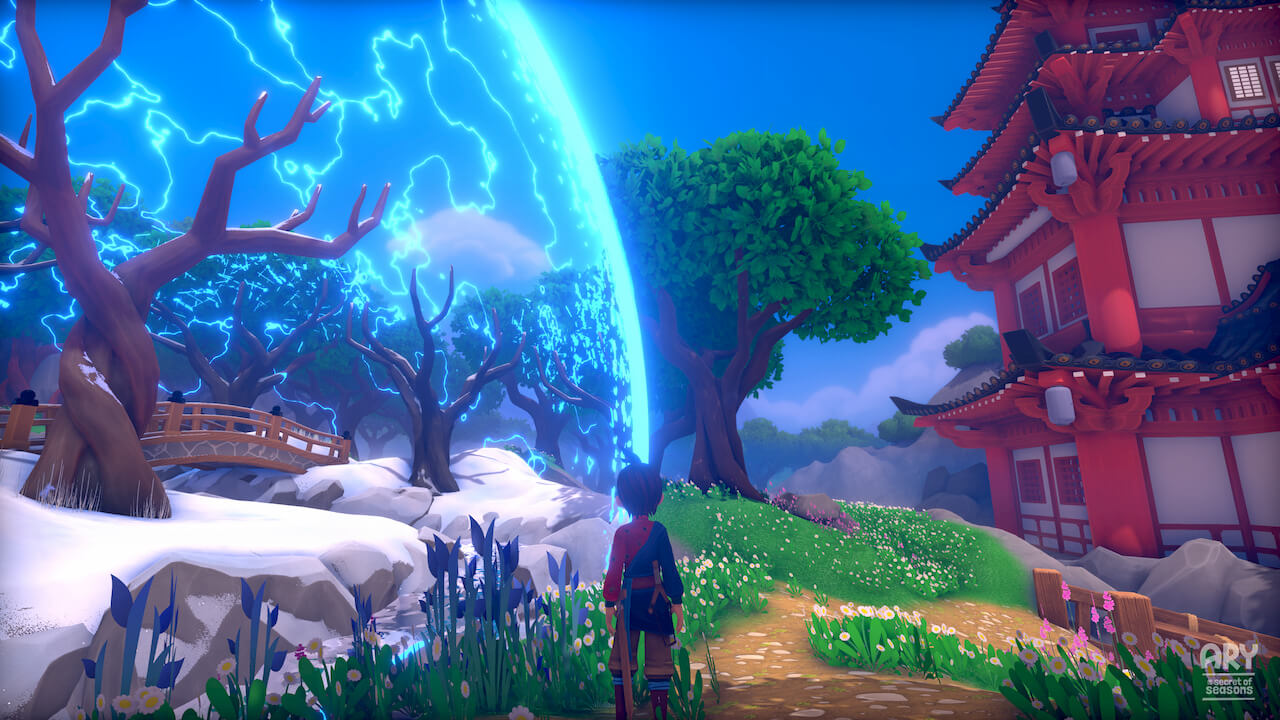 You’ll notice almost immediately when first loading up Ary and the Secret of Seasons just how poorly optimised a game it is. I played on PS4 for this review, where the load times range from painfully long to outright egregious. It’s not uncommon to be undertaking a simple side mission that involves taking one key item from one location to the other, only to be forced to wait between 30 and 45 seconds for where you just were to load. Playing through the entirety of the game requires a lot of patience. Then there’s the world map, which can’t be accessed with a tap of the touch pad and instead must be found in the pause screen’s second tab – it’s just not convenient.

Ary and the Secret of Seasons could have been a fun 3D adventure in the style of Zelda to really celebrate this template before the current console generation comes to an end. Unfortunately, however, a clear lack of time, money and resources all result in an experience that can in moments be fun, but is so rough around the edges I couldn’t help but notice its flaws and all the way it could have been improved. The game isn’t, broken by any means, but it won’t leave you feeling as plucky or hopeful as its central hero by the time it reaches its end.

The best price for Ary and the Secret of Seasons