Football Manager 2022: We look at the new features, wonder-kids and some of our favourite managers' tactics 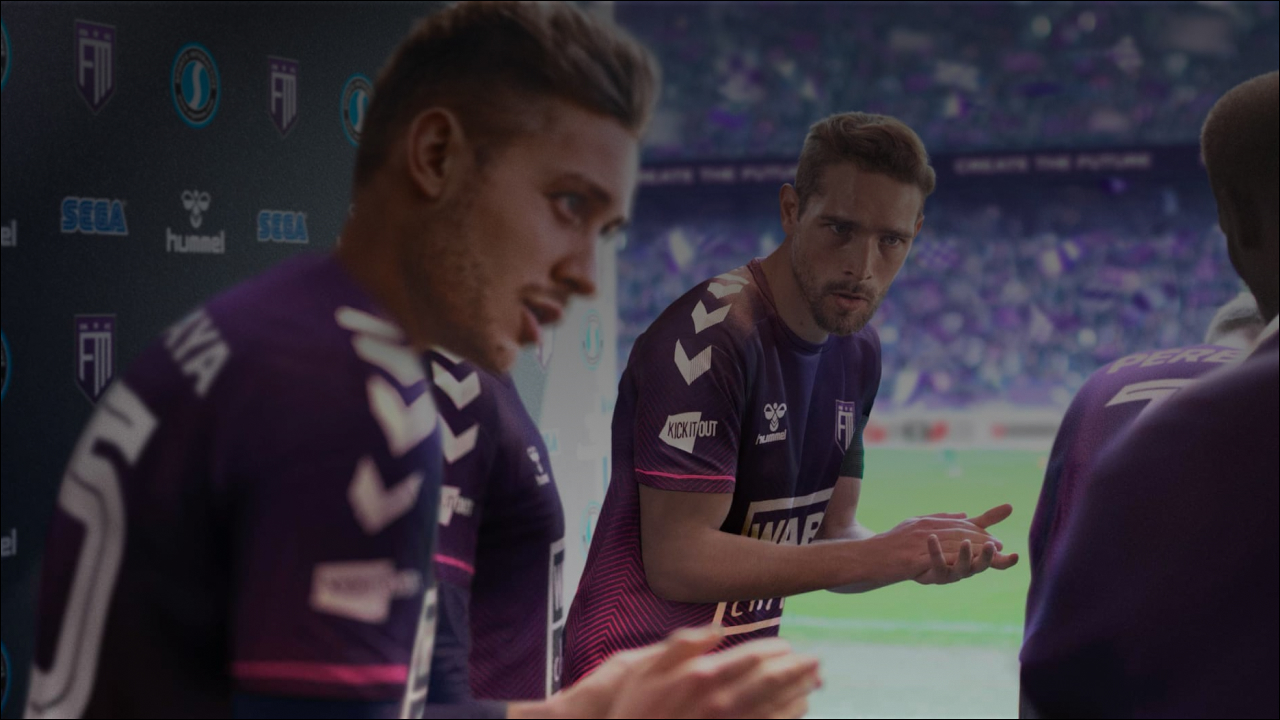 For every Football Manager aficionado each November represents the release of the latest iteration of the franchise’s iconic football simulation game. A game that is so realistic that many real-world clubs actually use the data from the game to help guide their own scouting and transfer policy.

At this point, Football Manager needs little introduction: since its first introduction to the gaming world back in 1993 (under the Championship manager brand), it’s become a mainstay in the games collection of any self-respecting football fan.

With the Football Manager 2022 game set to release Friday 5th November, we got our hands on the BETA version for early release, taking a look at some of the new features, the interface re-skin, along with some of this year's wonder-kids and even give you advice on how to replicate some of your favourite managers tactics.

One area of change in this year’s game is in the creation of the users in-game avatar. The team at FM22 have redesigned the creation centre, allowing players to use additional tools, enabling greater control over user appearance - this includes brand-new head meshes, additional feature settings such as eyebrows and hair accessories, as well as a far more extensive range of attire for your manager to wear on the touchline. All meaning you can get a closer to real-life look to your avatars.

Football Manager 2022 also features an all new animation engine creating a far more realistic dribbling and player movement experience. There’s also additions to the tactical pressing system in the game, which brings a new level of intelligence, unlocking smarter decision making and realism. Whilst the game also adds an all new Wide Centre Back role to give you the ability to find innovative ways to attack from the back.

Data analysis has become an integral part of day-to-day life at football clubs around the world. Football Manager 2022 takes this even further than previous versions, with its own suite of data analysis to deliver the information most relevant to your team’s success. 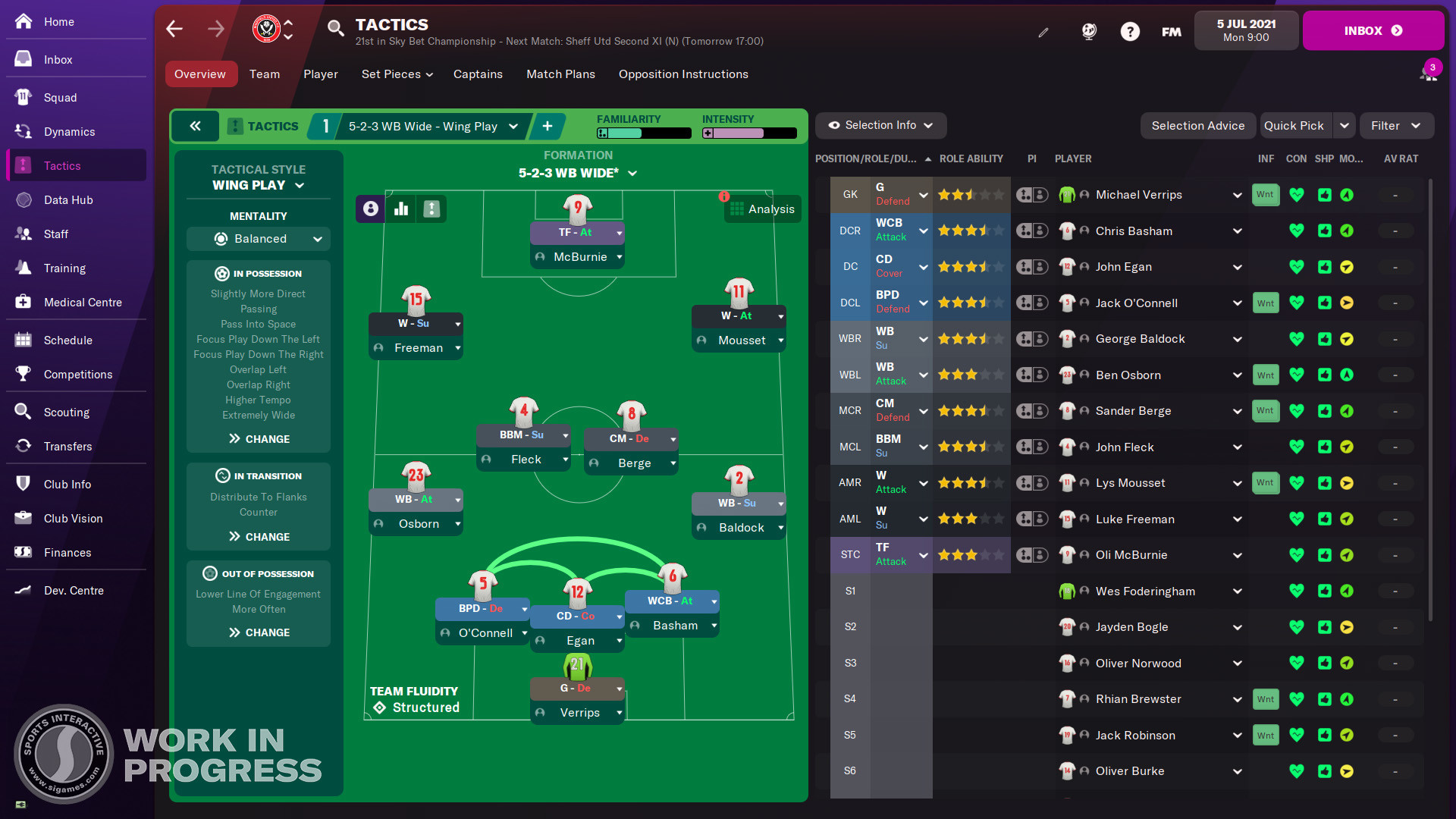 As with any annual games, it’s always difficult for game developers to come up with something completely new every year - so it tends to be more of a database update and a re-skin of the interface. This year is no different, but Football Manager 2022’s re-skin does give a refreshing feel to the experience with their primary purple colour-way. Other additions see tweaks to the icons and highlight colours.

Each and every year - we hear about the best ‘wonderkids’ in each game, for Football Manager 2022 we took a look at some of the most ‘hyped’ young players in the game and how much each will cost your club. 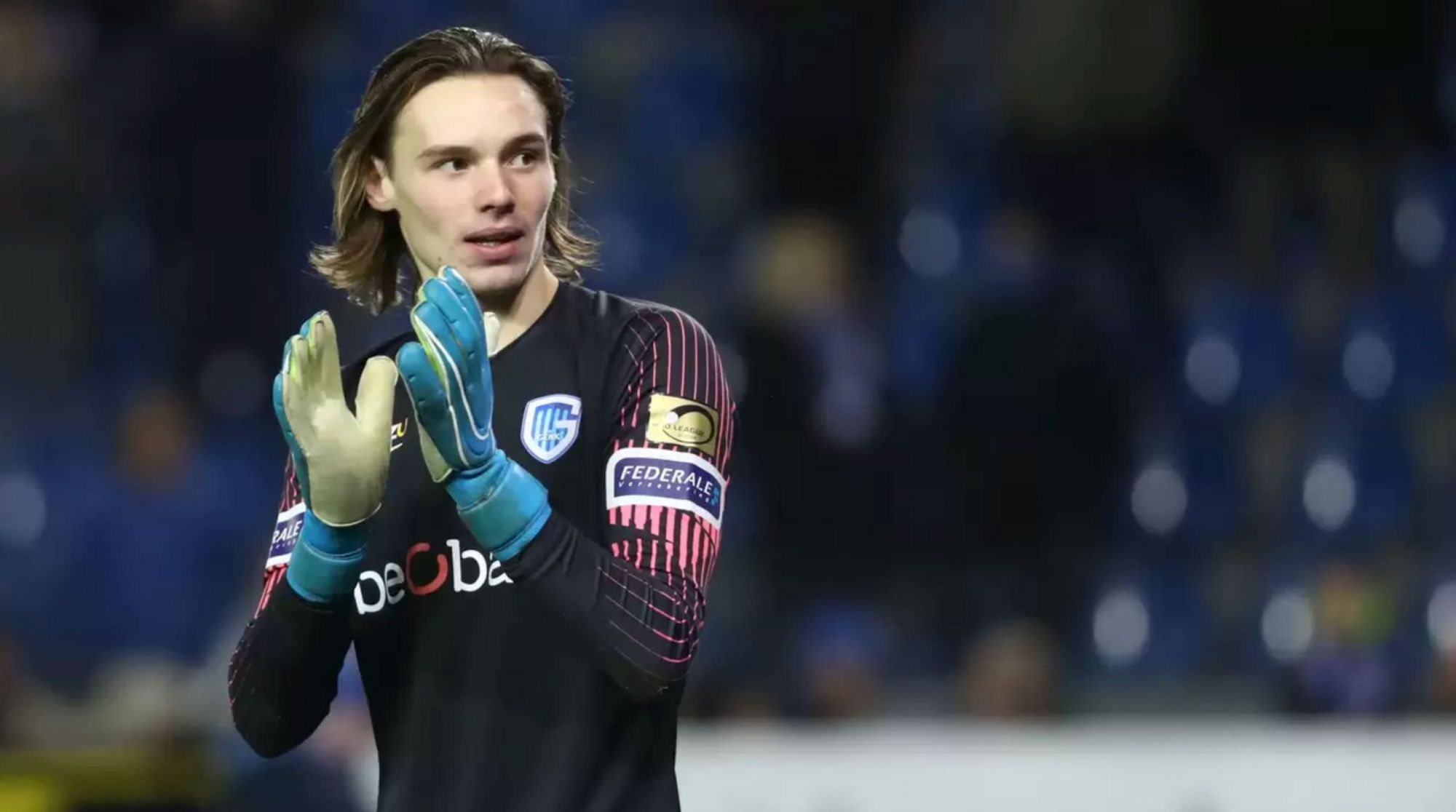 Young Belgian goalkeeper who has the potential to be a long term starter for any club on the game. 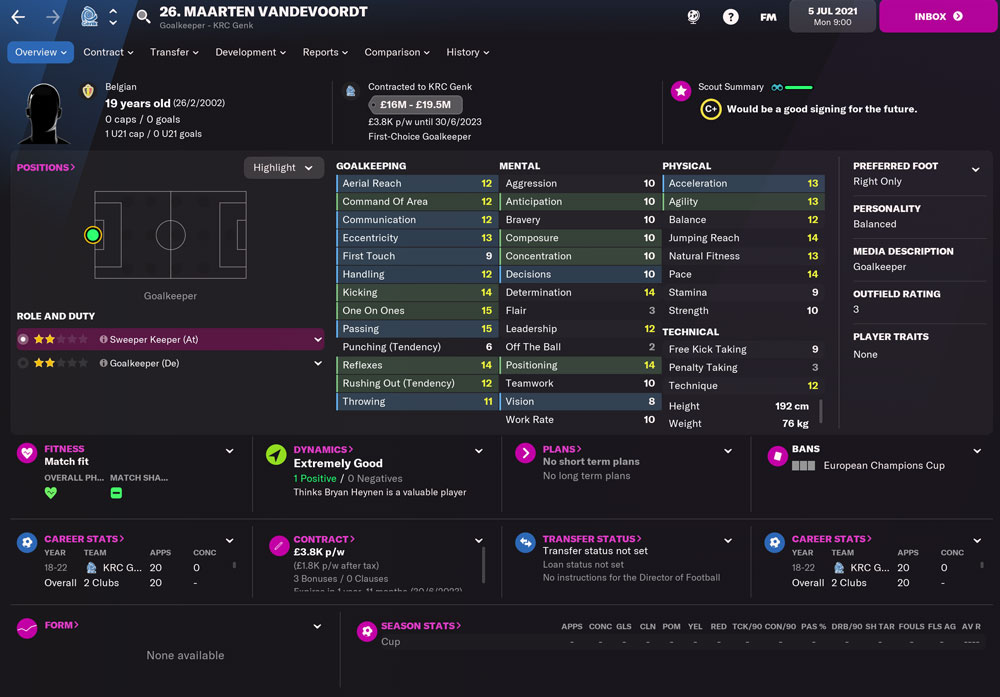 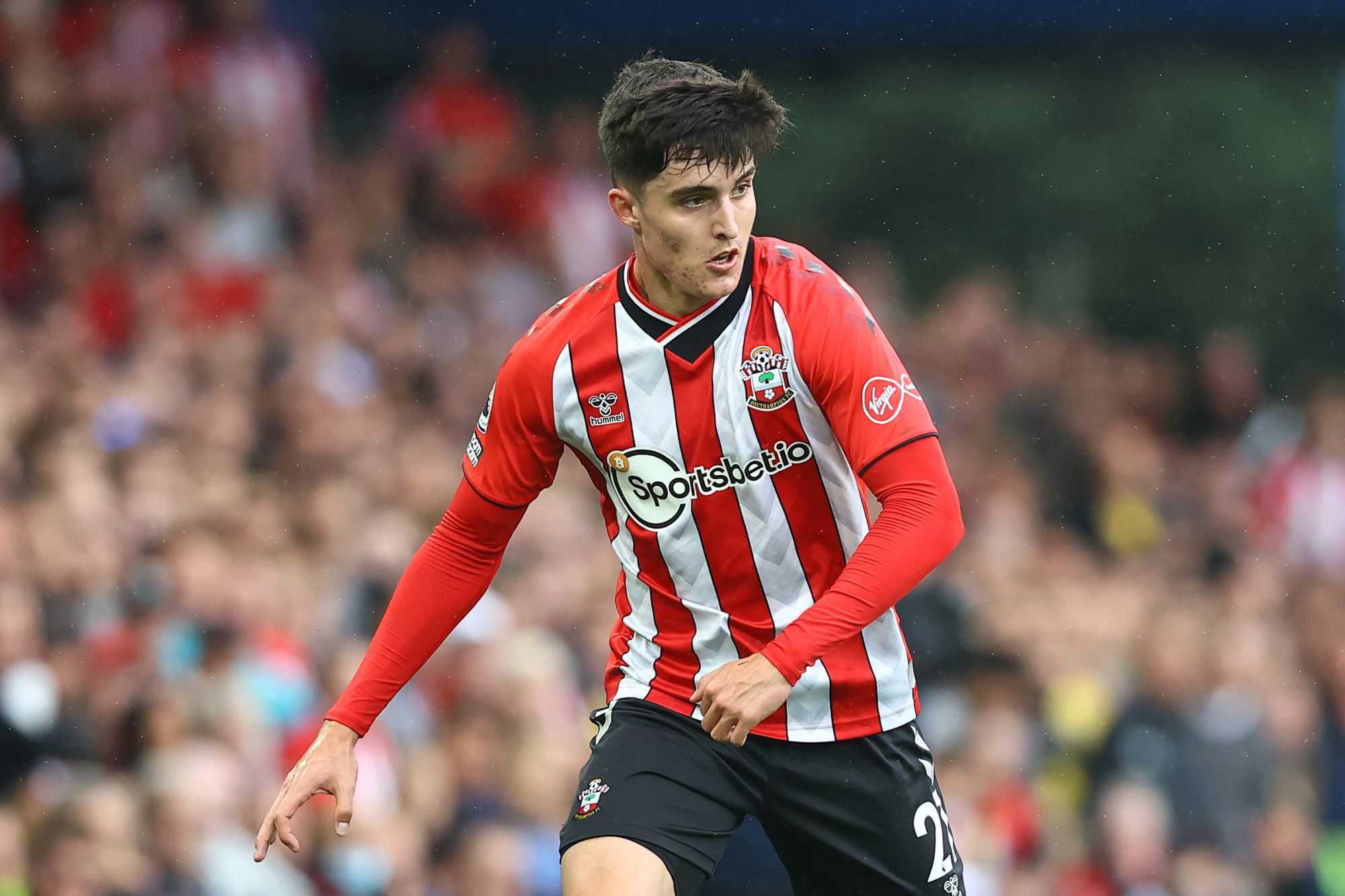 Former Chelsea academy graduate arrived at Southampton ahead of the 2021/22 season and has had a storming start to the campaign. Will cost you a lot, but has potential to be the best right back in the game. 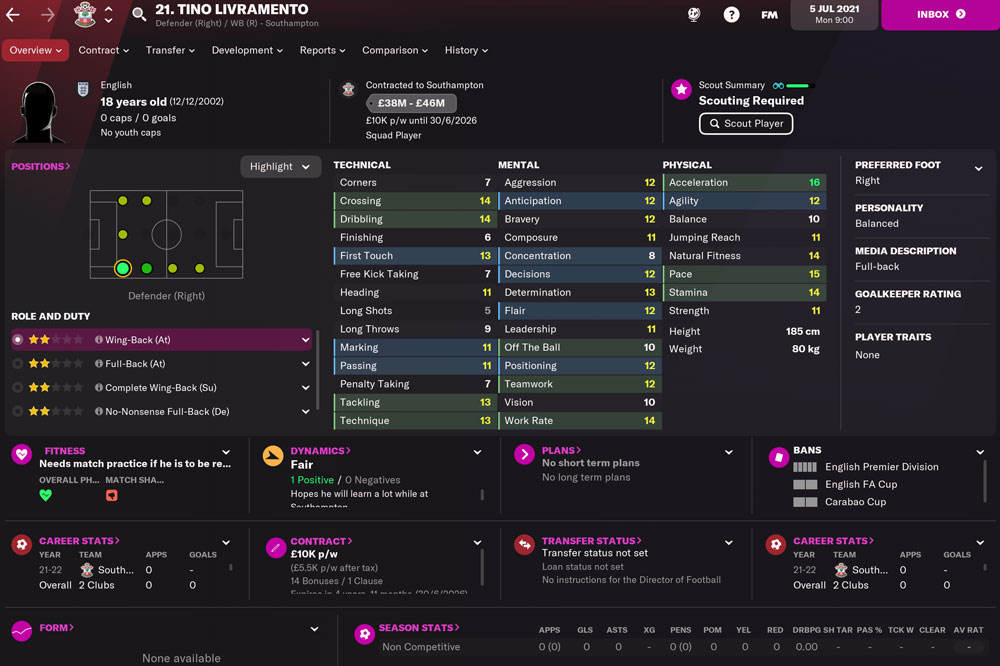 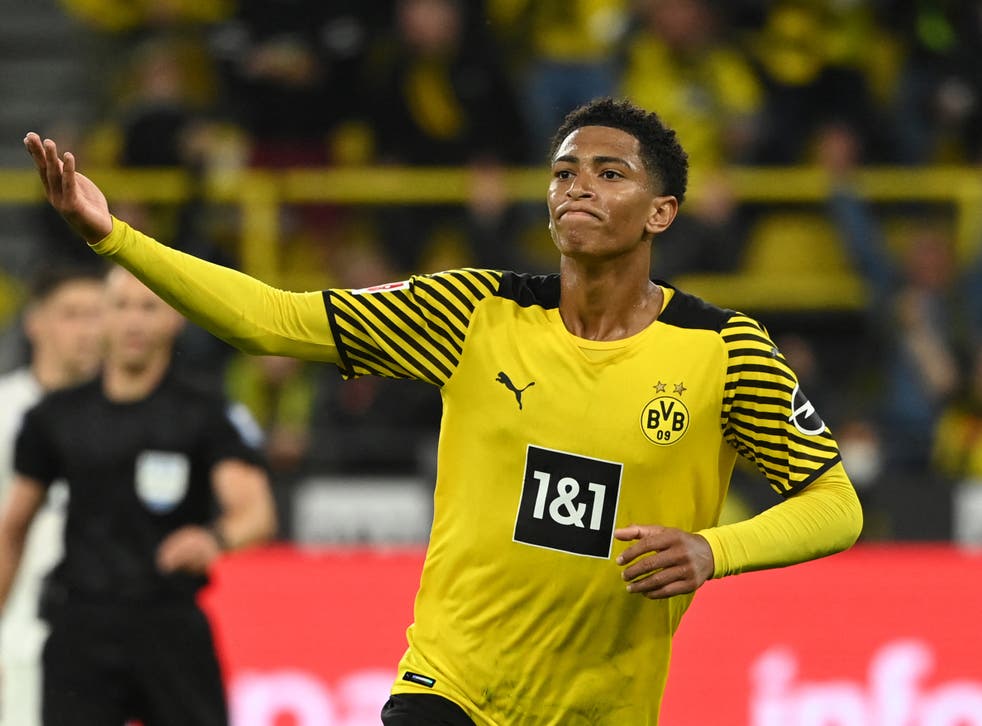 One of England’s most promising stars in years. The midfielder rejected a move to Manchester United in favour of Dortmund in the summer of 2020 and has gone on to establish himself as one of the brightest young players in Europe. You would need a club with deep pockets to prize him away from Dortmund; but the potential is through the roof. 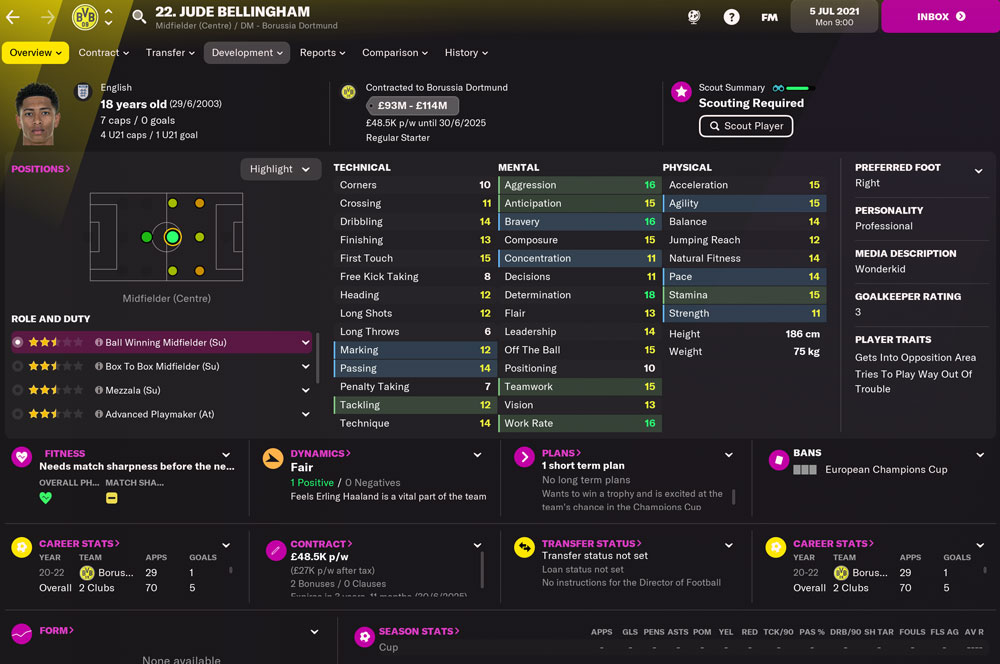 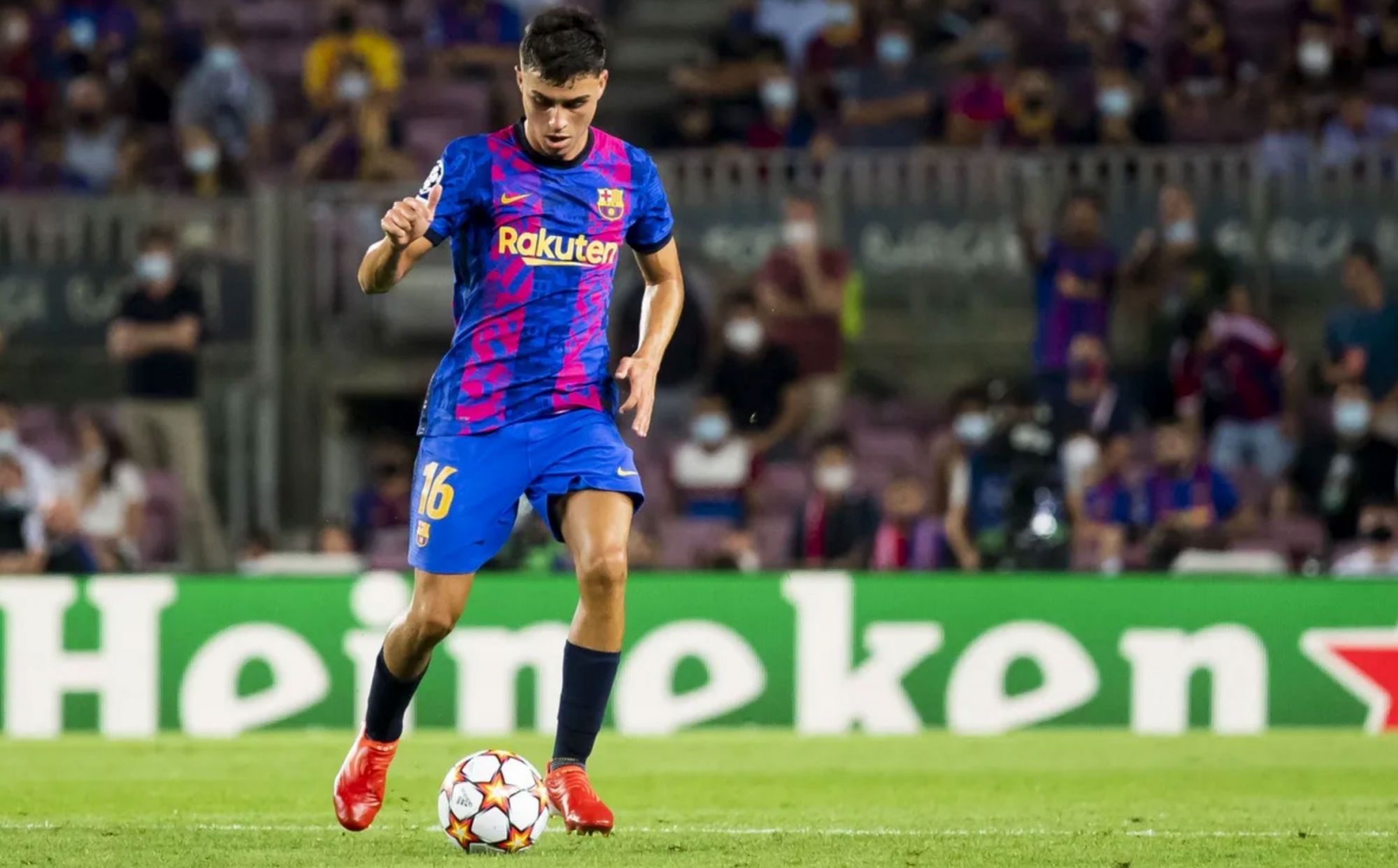 If Jude Bellingham is one of the brightest young talents in Europe, Pedri may well be the benchmark. After a stunning debut season for Barcelona he was a pivotal part of Spain’s Euro 2020 squad, and even featured in the Olympics for his country as well. It is well publicised that the Spanish midfielder recently signed a new contract with his club, with a reported £1bn release clause, so it would take something special to get him away from Barcelona, but he may well be the best player on the game - so worth a try. 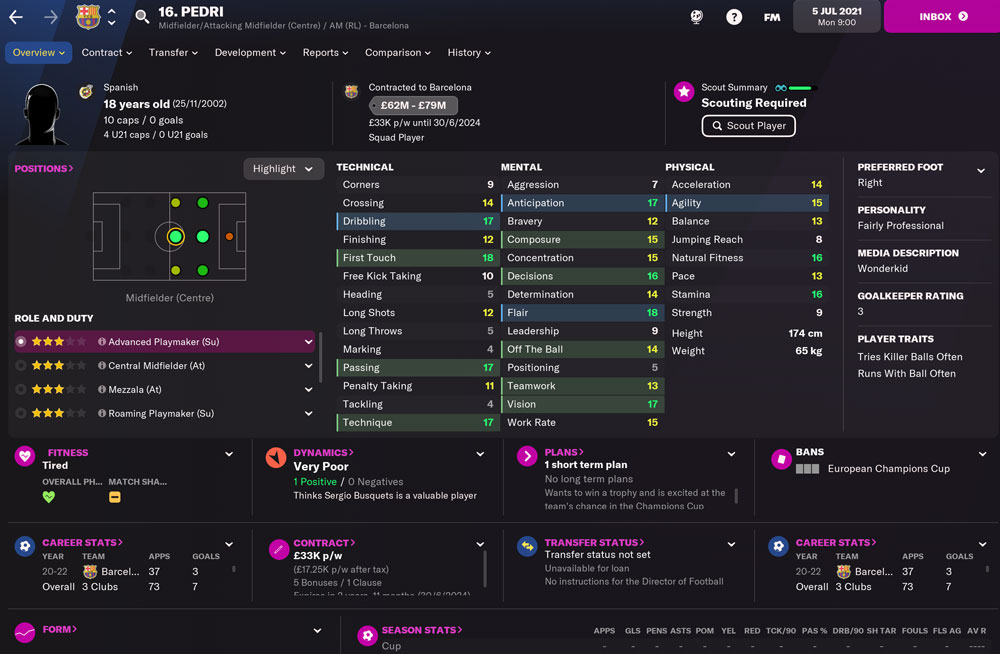 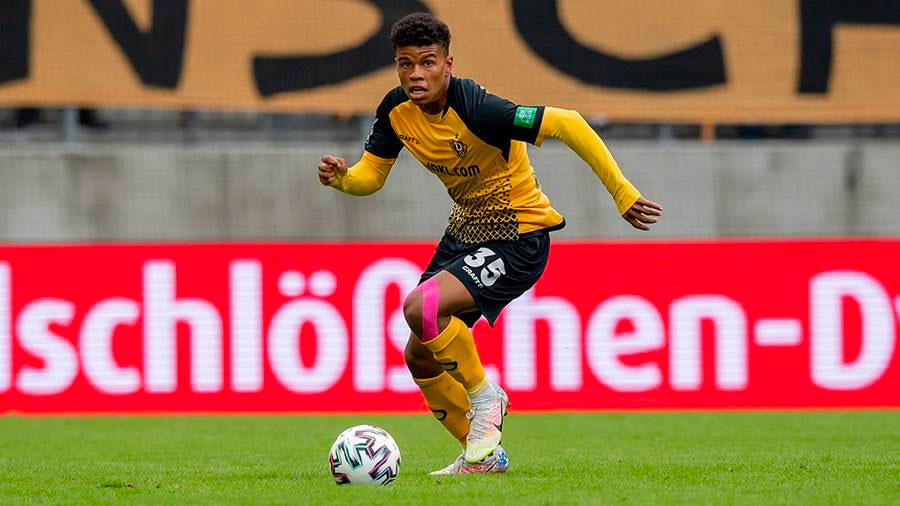 One of the best aspects of playing the Football Manager games is finding those high-potential players for a very small fee. Ransford-Yeboah Konigsdorffer could be one of the biggest bargains in the game. Well worth taking a chance on him for those that are after a more affordable wonder-kid. 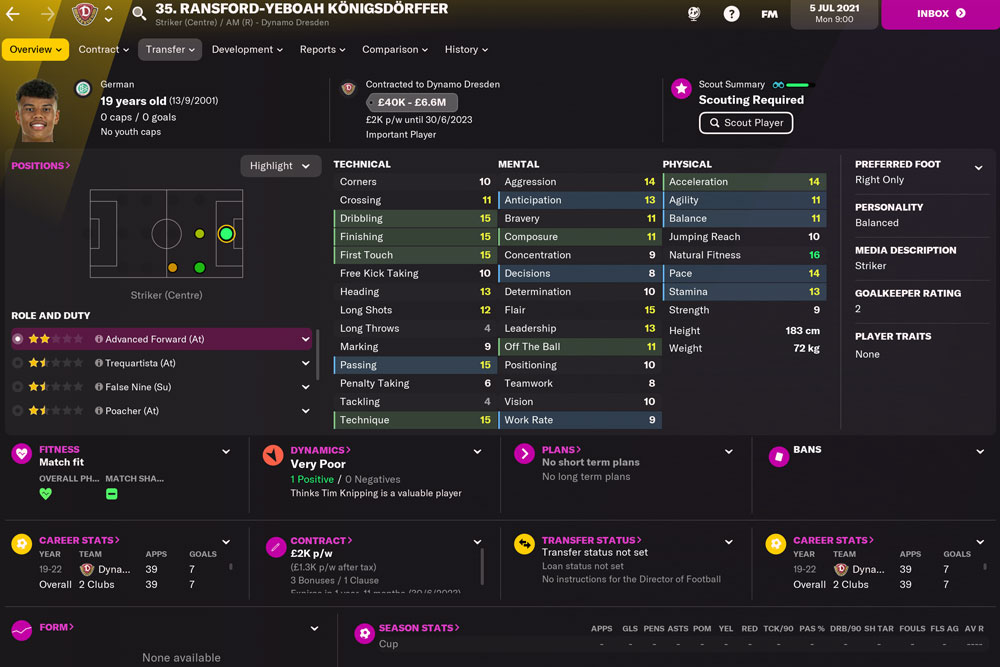 Always wanted to see what it would be like if Jose Mourinho were managing Stockport county? Or see Jurgen Klopp trying to implement his high-pressing football at Barnsley? Well, we figured we would recreate some of the world’s top managers' tactics, and share them with you - so you can find out for yourself.

For the 'Special One' - setup your side to play a 4-2-3-1 formation, utilising 2 deep lying central midfielders. 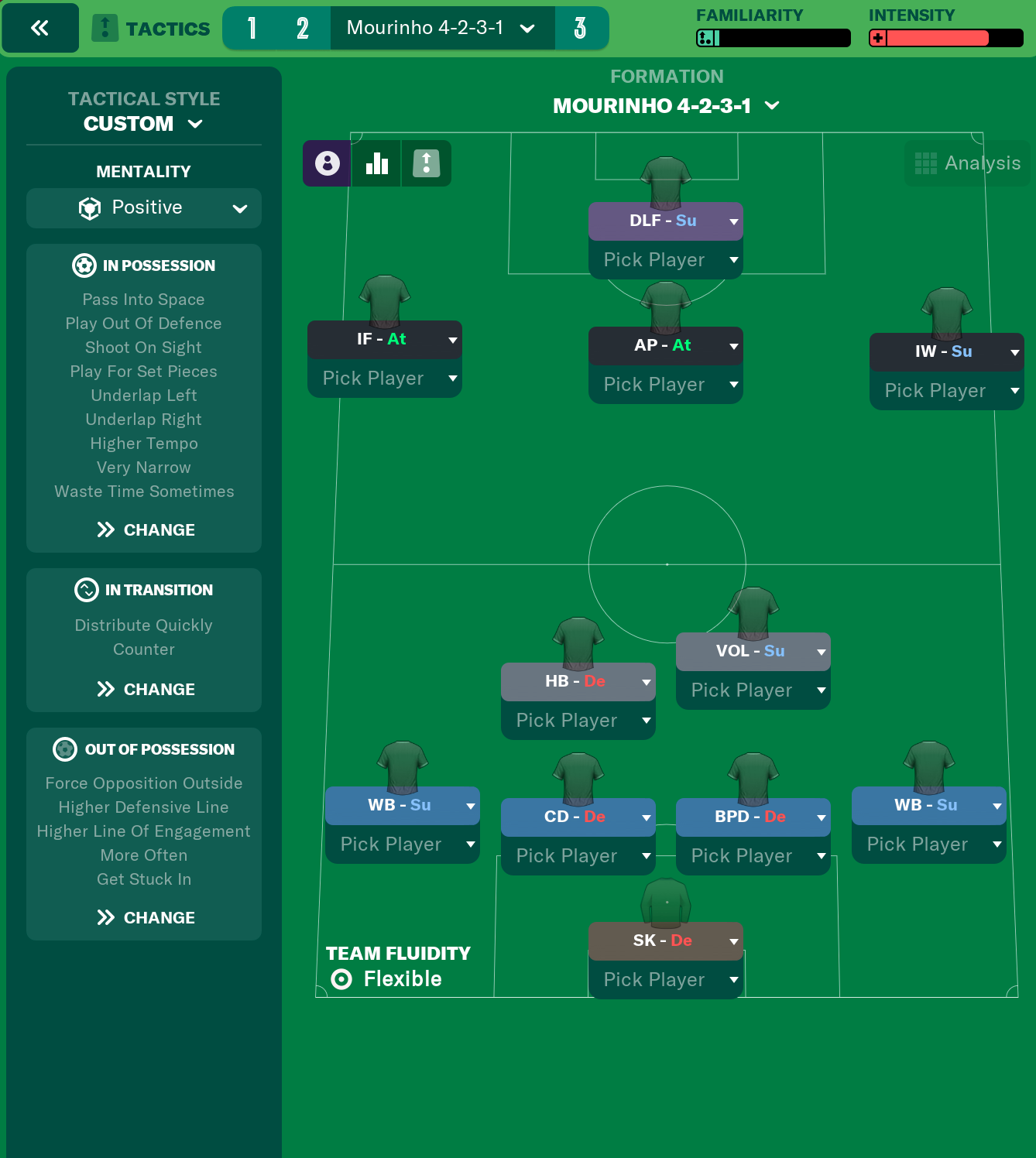 For Klopp's famous 'Gegenpress' - setup your side to play a 4-3-3 formation, utilising 1 deep lying central midfielder. 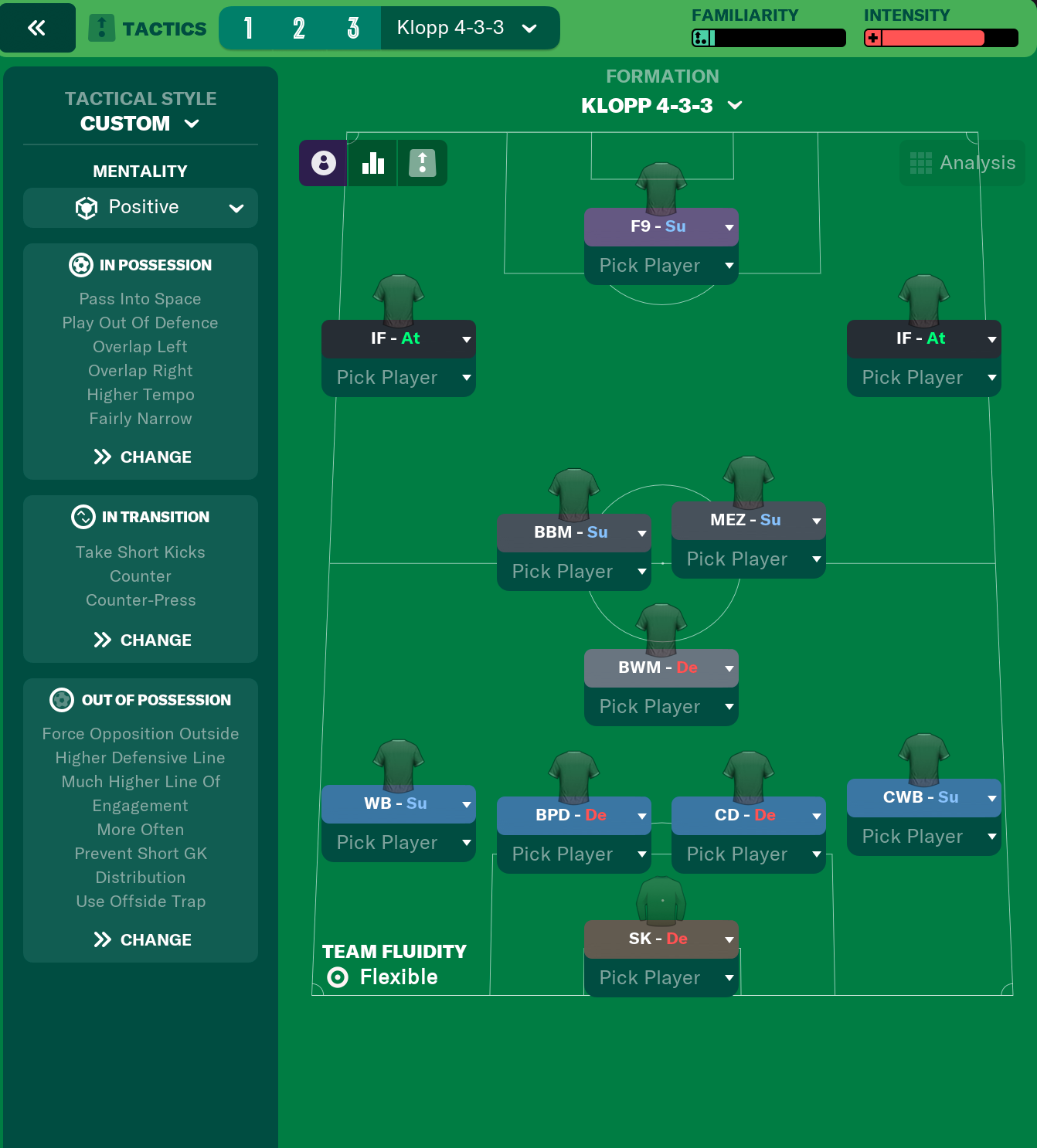 For Pep's high-pressing tempo based approach - setup your side to play an asymmetric 4-3-3 formation, utilising 1 deep lying central midfielder, 1 attacking midfielder and 1 winger.

Roll it out | Counter-press 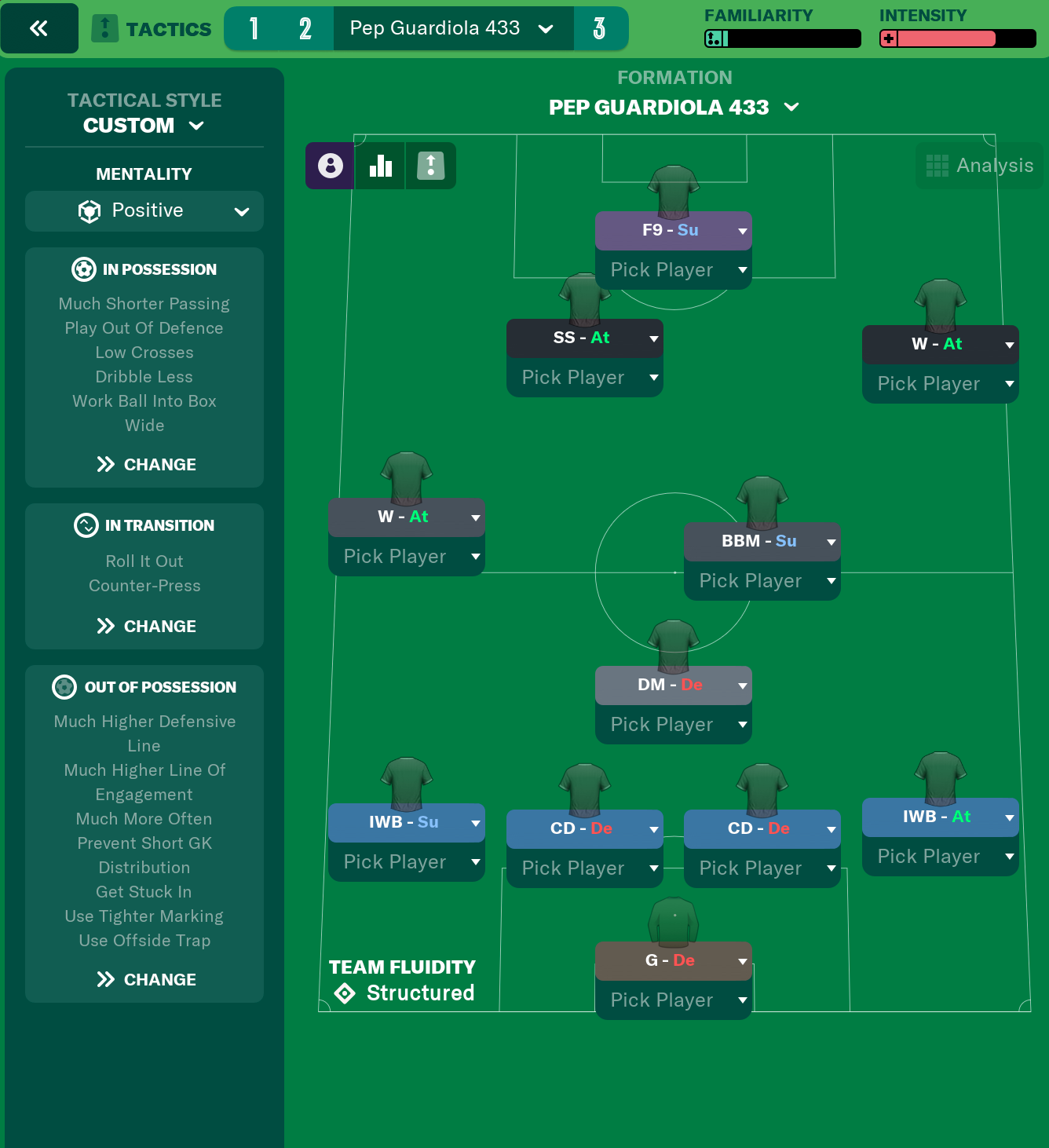 Football Manager 2022 officially releases Friday 5th November, see below for our list of the best prices on the game;