Map, gear, release date, and more – Everything you need to know about Call of Duty: Warzone 2.0 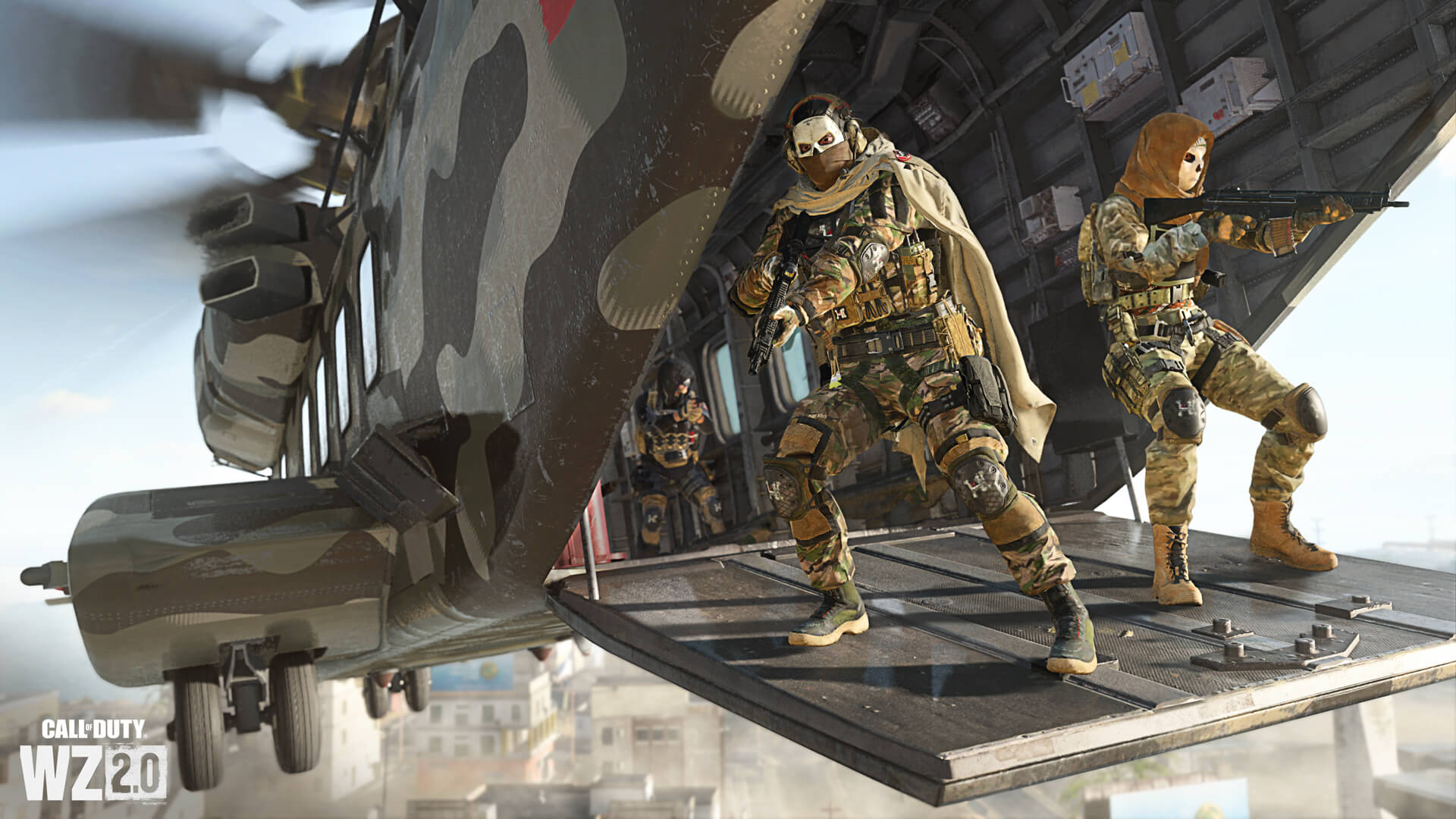 Over 125 million players dropped into Call of Duty’s free-to-play multiplayer component, Warzone, over its lifetime. It might seem strange, then, to see Activision want to abandon such a popular live-service platform in favour of a new one. However, with the jump to an entirely new console generation brings new opportunities, and this year’s launch of Call of Duty: Warzone 2.0 is sure to present players with the ultimate online first-person shooter experience yet again.

Much like before, Call of Duty: Warzone 2.0 is a free-to-play Battle Royale available for players on PlayStation 4, PlayStation 5, Xbox One/Xbox Series S|X, and PC to enjoy, but it brings with it lots of new additions. In this very article you’ll find everything you need to know about the revamped shooter platform. From changes to gameplay, the new map, and how certain elements from the first Warzone will transfer into 2.0, we at Gaming Deals have got you covered in advance of its launch.

When does Call of Duty: Warzone 2.0 release?

We’d forgive you for thinking that Warzone 2.0 will launch simultaneously with Call of Duty: Modern Warfare 2, but that’s actually not the case. It’s all due to an extremely staggered release for all series aspects this year. Here’s a breakdown of when Call of Duty players can expect to play what (including Warzone 2.0):

That’s right, Call of Duty Warzone 2.0 doesn’t launch free for everyone until November, a full two-and-a-half weeks after the base game (containing the single-player and multiplayer modes) releases. There’s significant crossover between Modern Warfare II’s multiplayer and Warzone 2.0, however, as we’ll get into later, so it’s still well worth honing your skills in MWII’s PvP ahead of time.

What is the new map for Call of Duty: Warzone 2.0? 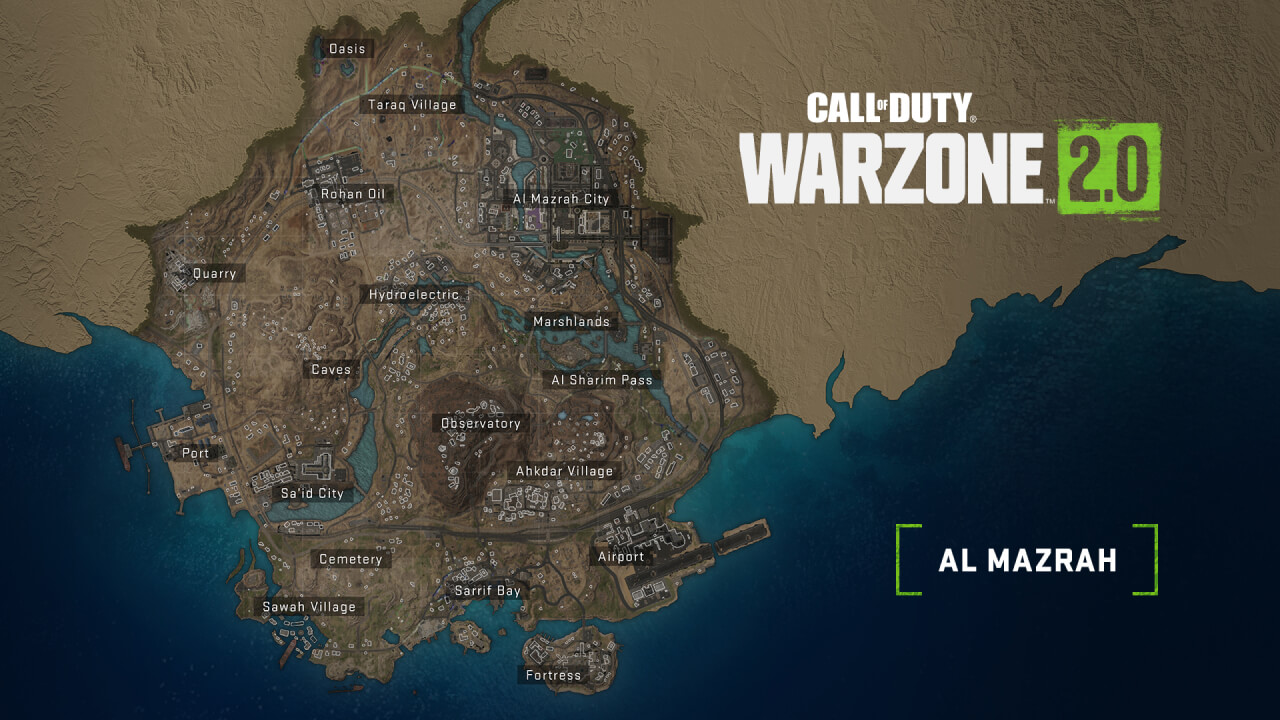 Obviously one of the biggest changes set to come in Call of Duty: Warzone 2.0 is the new map. Verdansk was the original Battle Royale map players have been fighting on since 2019 back when the original Modern Warfare launched in 2019, but now everybody will be on the same playing field (literally) when the new map Al Mazrah makes its debut on November 16th. Al Mazrah is divided into multiple sections spanning rural and urban areas, all of which will help keep online players on their toes.

Al Mazrah is the biggest Battle Royale map in Warzone history, referred to by Activision itself as having an “interesting mix of geography”. It’s been designed in a way to force players into all kinds of different confrontational types, indicated most by how Al Mazrah doesn’t feature one circle that gradually decreases but several. Once dropped down there will be multiple points for you to make use of, but this time there are several circles that sit separately before forming together and shrinking. Nowhere is safe in Al Mazrah when you immediately drop in.

Here is a full list of the 18 points of interest Al Mazrah contains at launch:

What modes will be available in Call of Duty: Warzone 2.0 at launch?

So what will you actually be doing on Al Mazrah? Well, Activision has promised that a wide variety of missions will be available to play in Warzone 2.0 at launch. From four-player special operations, 6 versus 6 battles, Ground War operations, and of course the main 150-player Battle Royale mode, there won’t be a shortage of things to do on the new map at launch. Activision has even teased in the exact same blog post that Al Mazrah will play a vital role in the single-player campaign, yet again indicating the value in picking up the Modern Warfare II base game at launch.

Will my gear from the first Call of Duty: Warzone transfer over?

One of the most prominent questions players (quite rightly) want to know is whether all their hard-earned goods from the first Call of Duty: Warzone will transfer over into Warzone 2.0. After all, we’ve now reached a point in Call of Duty’s lifespan where a lot of money has been invested, hence why items purchased in Warzone have previously carried over into Modern Warfare, Black Ops, and Vanguard. Well, returning players hoping to jump into Warzone 2.0 might want to hold their breath.

To the annoyance of millions of players around the globe, Activision has confirmed that all previous content – such as Operators, weapon skins, and blueprints – won’t be transferrable into Warzone 2.0. This is primarily because the live-service platform will be based off of Modern Warfare 2’s new technical framework, which makes significant tweaks to the engine as well as advancements in other areas. “Today’s Warzone will continue as a separate experience,” Activision stated. Fortunately, the original Warzone isn’t going anywhere any time soon, so existing players can still play there if they wish. 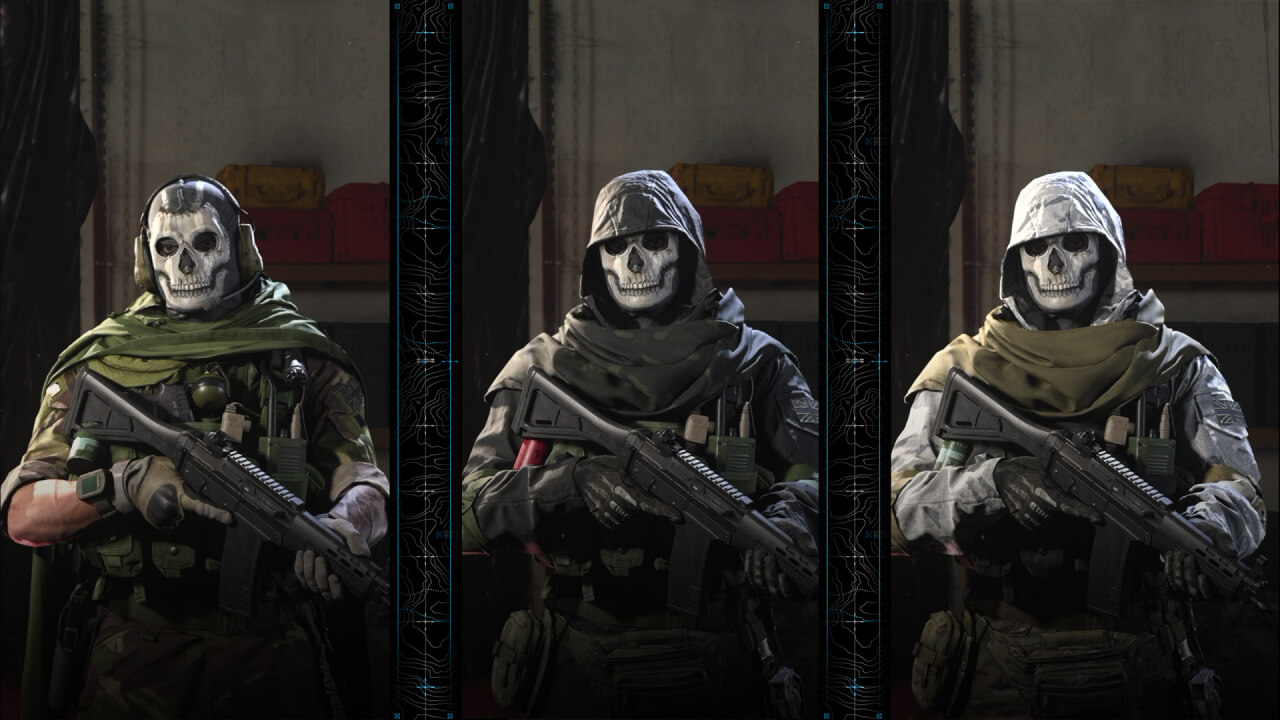 How does Call of Duty: Warzone 2.0 communicate to Modern Warfare 2?

Warzone 2.0 might officially sever the link between Modern Warfare (2019), Black Ops, and Vanguard, but it does cement a stronger one with the game it launches alongside. Much like how the original Warzone communicated with the aforementioned games, seeing operators, weapon skins, and loadouts transfer over, almost anything you unlock in Modern Warfare 2 will be useable in Warzone 2.0 and vice versa. In fact, some of the in-game challenges can only be unlocked by players who dabble in both, encouraging even more synergy.

For how long will Call of Duty: Warzone 2.0 be supported?

There’s no official word on what the lifespan for Call of Duty: Warzone 2.0 will be. After all, it hasn’t even launched yet. However, the original Warzone ended up being supported for just over three years, and will continue to stay as such for the foreseeable future. It seems like Activison’s intent so far is to launch a new version of Warzone alongside every new Modern Warfare release. And if that’s the case, expect to see Warzone 2.0 supported with new seasons and content for a minimum of four years, since the franchise is set to take 2024 off while Microsoft’s acquisition of Activision is finalised.