2 months ago by Aaron Potter
0 Comments 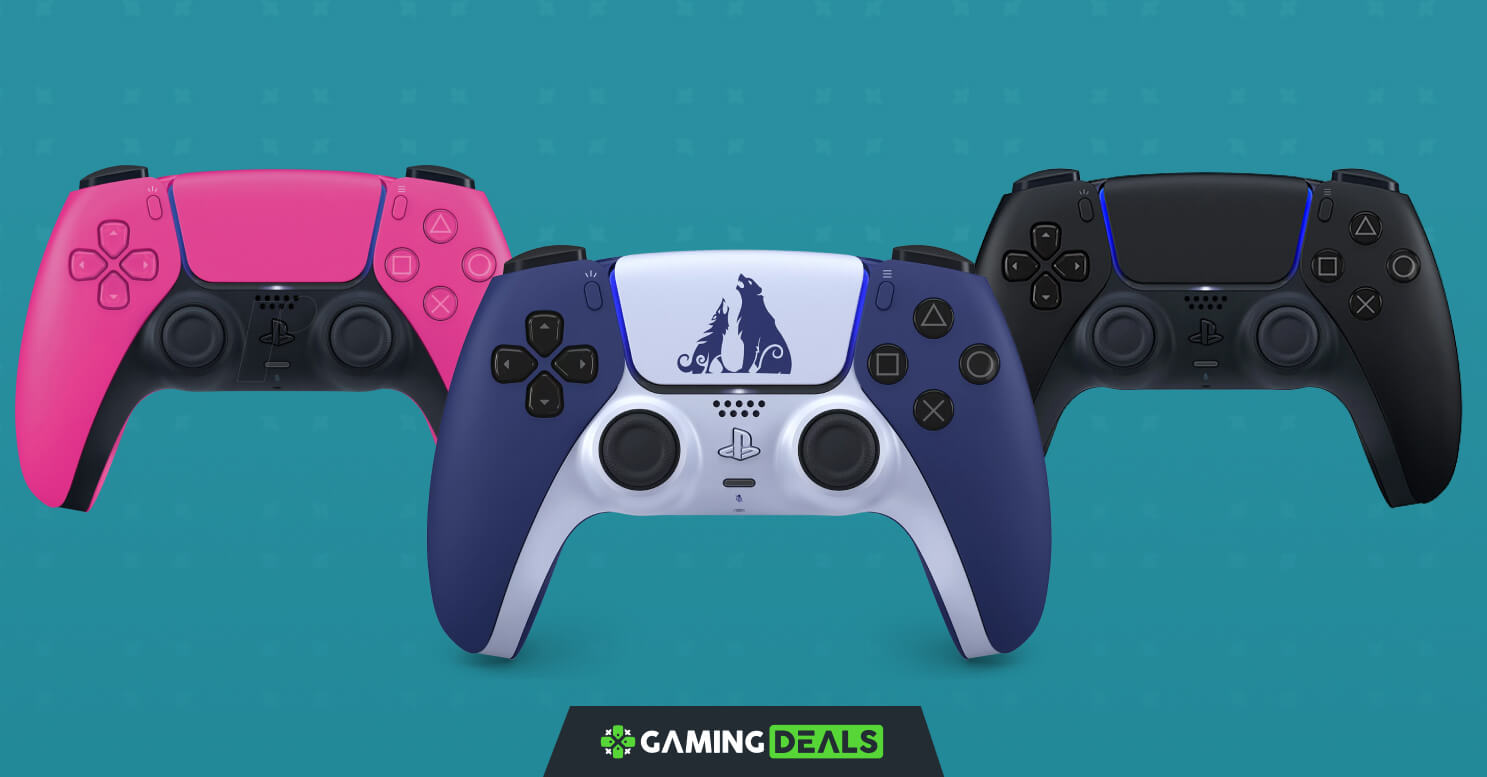 Everyone was taken aback when the PlayStation 5 was first revealed, not only due to their being two separate SKUs – disc compatible and digital – but also because the console was white. As such, it only made sense for the PS5’s accompanying DualSense wireless controller to be coated in standard white too. But players were quick to realise that, as nice as this blank tonal canvas was, white is also a dirt magnet where grubby hands are concerned. This quickly led to demand for even more DualSense controller styles and colours.

It was well over six months later that the DualSense controller was available in any colour other than standard white. Ever since, though, Sony has been pumping out limited edition gamepad styles and alternate colour options at a relatively good pace. Being so early on in the PS5 console’s lifecycle means that deciding which one to purchase is still a simple prospect. But if you’re wondering what’s out there, in this article we’ve rounded up the details on Every PS5 DualSense controller released since launch. Enjoy!

Be sure to check our best PS5 DualSense controller deals page to save yourself money if you're interested in picking up a new controller for your console.

The one that started it all. Most PS5 purchasers have a love/hate relationship with the current-gen console’s launch controller, largely because White is a fairly neutral tone. Previous gamepads to have launched alongside a PlayStation console were black, but the PS5 shook this up and gifted adopters with a Standard White DualSense Wireless Controller. There is some colour to be found in the light bars that surround the central touchpad, but overall it’s a very subtle design. 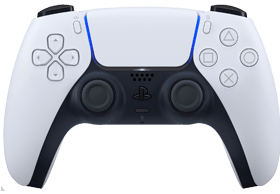 PlayStation set its sights on the stars for inspiration in its first batch of alternate colour DualSense controllers. The first came just over six months later after launch, with the Cosmic Red DualSense finally giving PS5 players a way to enjoy a bit of style in their gameplay. The Red and Black two-tone design works remarkably well, never feeling garish or unsightly to the average player. Again the surrounding light bars either side of the touchpad help set the mood depending on in-game events. 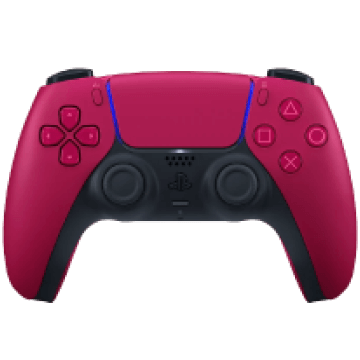 Black, though somewhat predictable and understated, is always a popular colour choice for console fans. That’s why, just three days after Cosmic Red was released to the masses, a large portion of the PS5 player base had their wish come true with the launch of the Midnight Black DualSense Wireless Controller. Being black means that there’s not much style to speak of, but it won’t attract dirt and grime as much as the other options currently available. 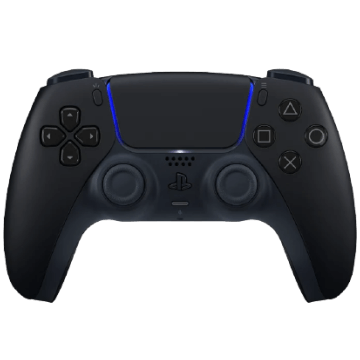 “Bright Baby Blue” wasn’t a cool enough name, so PlayStation did the smart choice and named their first blue DualSense controller Starlight Blue – sticking with the ongoing space theme. The analogue sticks and the grips underneath remain black, as expected, alongside the triggers on the top. However, despite being a relatively bright tone, the two-tone design isn’t as garish as one would initially think. For anyone craving a fancier gamepad option, the Starlight Blue DualSense controller represents a good middle-ground.

If you want a DualSense controller design that will really draw the eye and simply demands your attention, look no further than Nova Pink. This is by far the loudest DualSense option PlayStation has released yet, sure to appease adults and kids alike who want to make a statement. What else is there to say? The Nova Pink DualSense controller won’t be for everybody, but should suit the most exuberant of players that never want to have trouble seeing where they left it. 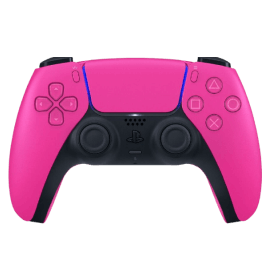 Here’s a gamepad that puts us in mind of Cadbury’s chocolate, and when is that ever a bad thing? The Galactic Purple DualSense Wireless controller sets in a lusciously deep violet tone, which contrasts expertly well with the black on both the analogue sticks and top triggers. It’s an excellent choice for PS5 players that want to tout a bit of style without that style feeling overboard. The Galactic Purple DualSense Wireless controller lives up to its name, ready to transport players to another galaxy through haptic feedback, yes, but also an almost hypnotising colour tone. 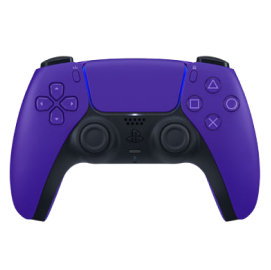 A popular controller style for going on several decades, it was only a matter f time before PlayStation releases a PS5 gamepad that military aficionados could lap up. The Grey Camouflage DualSense Wireless controller features several army-style grey, black, and silver blots glazed all over, working incredibly well with the standard matte black tone of the analogue sticks and triggers. Providing it doesn’t stay obscured in your home too much, we can easily see more camouflage Dualsenses coming later down the line after this Grey option. 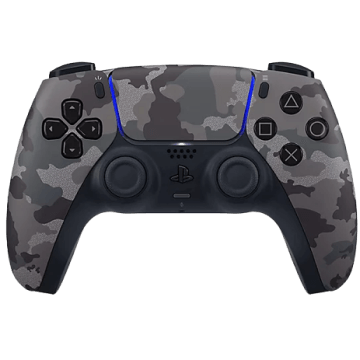 A Dualsense controller style worthy of the gods themselves, this limited edition God of War Ragnarök design is the first to release in honour of a first-party exclusive game. It takes the bones and blank canvas of the Standard White DualSense controller, coating the grips either side of the touchpad in a deep, royal navy tone. This makes for a three-tone colour pallet, with black, white, and blue all working in harmony. The God of War Ragnarök is topped off with a graphic of a bear and wolf howling in the centre of the touchpad itself, representative of the game’s two main heroes. 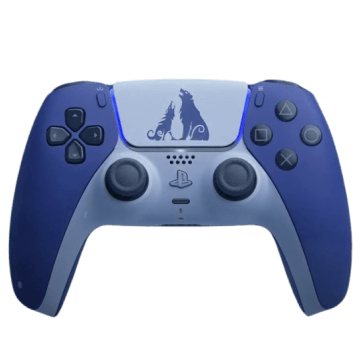 After years letting Microsoft cater to eSports players and competitive professionals with the Xbox Elite series of controllers, PlayStation is finally throwing its hat into this ring. The DualSense Edge controller is specifically catered to hardcore gamers, giving them an “edge” when playing online thanks to the inclusion of customisable controls, two additional back triggers, adjustable thumb sticks and more. The DualSense Edge controller will set you back a pretty penny, but it should be worth it for those who enjoy the DualSense’s naturally ergonomic design with premium extras. You can currently pre-order the DualSense edge from PlayStation Direct, we will also update this post as more UK retailers have the controller available closer to the release date. 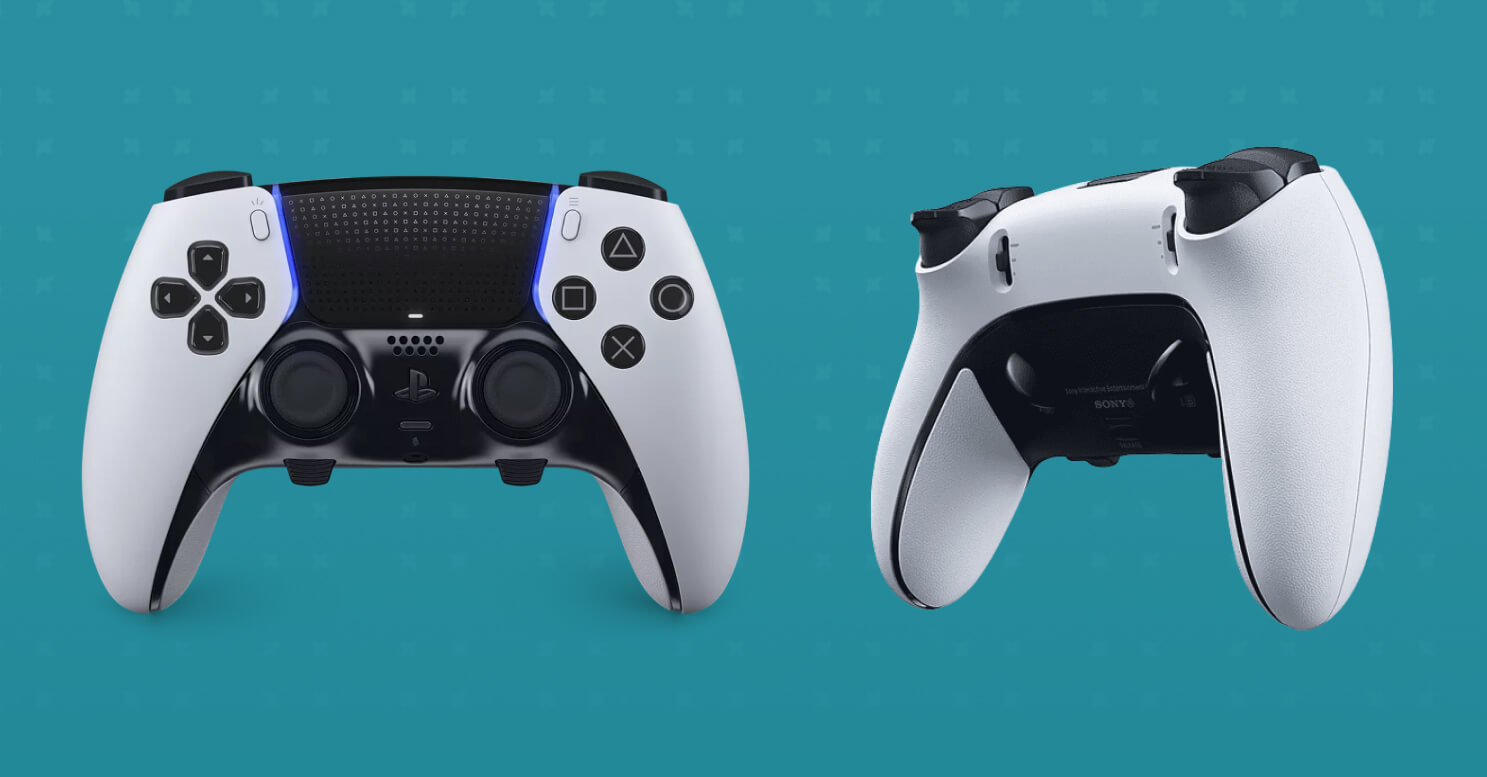