E3 2021: All the biggest news and reveals from today’s 40-minute Nintendo Direct 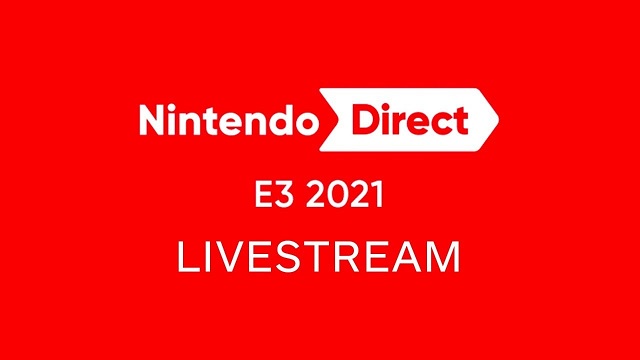 As is typical the case during E3, Nintendo closed out proceedings with a Nintendo Direct entirely dedicated to software that is mostly coming out in 2021. It was a great show overall, one that gave us plenty of exciting looks at the Nintendo games we’ll be able to get hands-on extremely soon. We have a hard time believing that anyone could prevent themselves from picking up a Nintendo Switch after this year’s E3 showing.

If you somehow managed to missed today’s Nintendo Direct or simply want a refresher about all the different games that were shown, below we’ve rounded up all the biggest announcements. Without further ado, here’s an in-depth overview of the final major E3 2021 digital showcase…

Nintendo opened the show with the reveal that Tekken’s Yakuza would be the latest fighter to join Super Smash Bros. Ultimate. They once again couldn’t help themselves from teasing the Nintendo audience, though, showing the fighting game mainstay throwing Ganondorf off the top of a mountain clearly in the hopes of making you think this was something Zelda-related.

Kazuya looks to be blending in with the likes of Mario, Samus and the rest of Super Smash’ roster of heroes well, for what it’s worth. He’ll even be able to access his devil form as his final smash move. The game’s director Sakurai confirmed that Kazuya will make his Super Smash Bros. debut this month on June 28th.

It wasn’t especially surprising to learn that Life is Strange: True Colours will be coming to Switch on September 10th, but it does mark the first time Square Enix’s episodic series has launched day and date with other platforms.

Somehow, Guardians of the Galaxy is getting a Nintendo Switch version

After previously learning that the Guardians of the Galaxy were getting their own game courtesy of Square Enix and Eidos Montreal just a few days ago, it was a genuine treat to learn that such a great-looking third-person action game was coming to Nintendo Switch. It looks like the same game for all intents and purposes, rather than a dumbed-down version. But it’ll still be interesting to see how the Marvel game runs when it launches this October 26th.

2021 definitely feels like the year of anniversaries. That’s why we should have known that both SEGA and Nintendo would have plans to usher in the 20th birthday of Super Monkey Ball with a new entry, subtitled Banana Mania, would be coming this October. It very much looks like classic Super Monkey Ball, completed with vibrant visuals and ball-rolling gameplay.

100 minigames and 5 popular boards from the Super Mario Party series will be packaged as its own standalone game in the form of Mario Party Superstars. Coming October 29th, 2021, Nintendo confirmed that all modes and games will be fully compatible with online play (unlike the most recent Switch entry), indicating that it is finally listening about how players tend to play these games.

Metroid Prime 4 may have still been a no-show, but Nintendo Switch players will soon be able to play an all-new Samus adventure in the form of Metroid Dread. Presented in the classic style of a 2D action platformer where you must explore and gather collectibles, people may remember that “Dread” had been in development a long time ago before being unceremoniously cancelled. This was one of the Direct’s biggest surprises coming fairly early on, so it’s nice to see it return as a modern Nintendo Switch game. It will arrive on Switch this August 10th. Metroid Dread will also receive to specially designed Amiibo figures.

It’s been a hot-minute since we last saw Mario’s nemesis star in his own game, but that finally looks to be changing with the reveal of a new WarioWare game. WarioWare: Get it Together looks just as chaotic as previous entries, with WarioWare: Get it Together full of crazy mini-games that will no doubt have you using your Nintendo Switch in unique ways. Playing with another person is highly encouraged, hence the name. It launches this September exclusively for Nintendo Switch.

Celebrate the 10th anniversary of Danganronpa with this three-game collection

Dangonronpa: Decadence compiles the three mainline games from Atlus’ cutey serial killer series into one neat collection for Nintendo Switch. Those games are Dangonronpa (obviously), Dangonronpa: Goodbye Despair and Dangonronpa V3: Killing Harmony, but Nintendo took also took the time to mention that all three games will be available to purchase individually on the Nintendo eShop – perfect for if you want to check out one Dangonronpa title specifically.

A closer look at Mario + Rabbids: Sparks of Hope

Mario + Rabbids: Sparks of Hope was already leaked and then officially revealed as part of the Ubisoft Forward a few days ago, Today, however, the Direct gave us a better look at what the turn-based tactical sequel will feel like to play. We now know, for instance, that characters will be able to freely roam around the battlefield – a first for the series! Sure, it was a little disappointing to lean that Sparks of Hope won’t arrive on Nintendo Switch until 2022, but we’re sure it will be worth the wait.

Nintendo closed the show with an in-depth look at everytjing Zelda-related it has coming in the pipeline. The first was a reminder that DLC for Hyrule Warriors: Age of Calamity exists, and that the first wave of paid-for content will be coming soon. Secondly, we were shown a bit more gameplay for Skyward Sword HD (launching July 16th), but the first surprise was that the The Legend of Zelda series will be the subject of an all-new Game and Watch, packaging the first game, Zelda II and Link’s: Awakening into a neat device. It’s very similar to the Super Mario 35th anniversary Game & Watch from last year.

Finally, the sequel to The Legend of Zelda: breath of the Wild was finally addressed by the franchise’s creative director. New gameplay was finally shown, even if he said that development on the game is progressing “steadily”. This seemingly indicates it won’t be coming soon. What we did see of this highly-anticipated sequel, though, looked stunning if a little similar. We did at least get a 2022 release date, and some slight hints that Link will be able to use a suite of new skills and abilities. Oh, and this time he’ll be exploring the world above Hyrule in the clouds, as well as what’s on the ground.