It would be fair to say that there has never been a console so intrinsically linked to its controllers before as the Nintendo Switch. Even in the case of Nintendo’s two most recent home console efforts, the Wii and the Wii U, which both had striking, unusually designed gamepads, the controllers were just that - controllers.

With the Switch, that changes. The Joy-Con controllers can be used in multiple different ways, and play an intrinsic role in transforming the Switch from a traditional console into a handheld. In this guide, we’ll break down exactly what options you’ve got for controlling your Switch, and help you decide what to buy in order to get the best value for money. If you want to know how much the Switch is likely to cost in order to achieve a basic setup, check out our guide here.

The Joy-Cons will be the most common way for people to control their Switch. A pair of Joy-Cons (which we will refer to as Joy-Con left (L) and Joy-Con right (R) at points throughout this guide, as they’re not simply mirror images of one another) come packaged with the Switch, and it is these that unlock much of the console’s potential.

While Nintendo have performed a seriously impressive feat in cramming an entire console into a device smaller than just the Wii U’s gamepad, the Joy-Cons are equally impressive in terms of the range of features they boast. These include motion detection capability, a screenshot function and haptic feedback.

This handy Tweet from Nintendo explains the button layout of the Joy-Cons:

There are four main ways that the Joy-Cons can be used.

Joy-Con configuration one - with grip 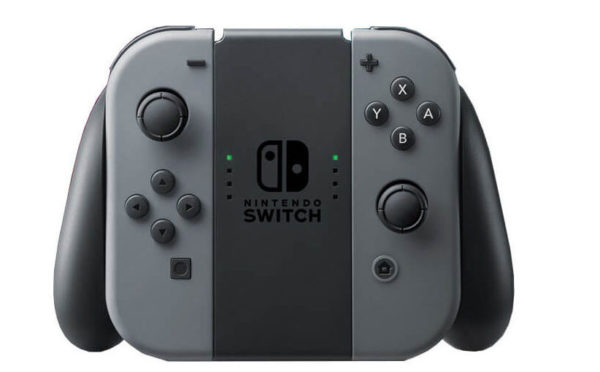 Packaged with the Switch and the Joy-Cons is the Joy-Con grip. This is essentially a plastic mount that allows the Joy-Cons to be attached in order to form a conventional-looking single controller.

Combining both the Joy-Con L and Joy-Con R is the only way to gain access to the full suite of buttons and truly engage with major games such as The Legend of Zelda: Breath of the Wild, and the ergonomic shape of the grip may well prove more comfortable to use over long stretches of play time than simply having a Joy-Con in each hand.

If you find yourself using this configuration much more than the handheld augmentation (which is the easiest way to charge the Joy-Cons straight out of the box), then you may want to invest in a charging grip. This will enable you to keep playing in this manner without worrying about your Joy-Cons exhausting their battery life mid-game. 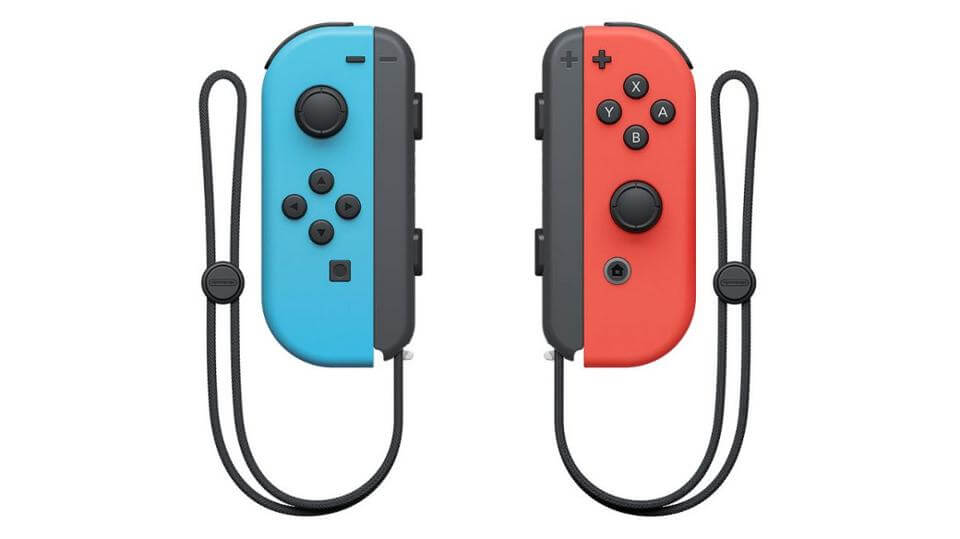 The second way you can use the pair of Joy-Cons together is without the grip, in a style reminiscent of the Wii remote and Nunchuk pairing, without the connecting wire. This style may well suit more casual play on games where both the L and R Joy-Cons are required. Quite how well it would hold up against using the grip configuration when enjoying some serious gaming remains to be seen.

It’s here that the Joy-Cons really begin to demonstrate their versatility. By separating the L and R Joy-Cons, they can be turned on their side and used individually as controllers.

The main use for this configuration is undoubtedly local multiplayer, with basic games such as launch title 1-2 Switch in mind. However, even games with more advanced control mechanics such as Mario Kart 8 Deluxe can be played with just a single Joy-Con thanks to the SL and SR buttons, which are inaccessible in the grip configuration.

Two further sub-configurations are available for the Joy-Cons when in landscape mode:

Packaged with every Switch console is a pair of Joy-Con straps. As was the case with the Wii, Nintendo encourage the use of the straps for safety reasons when using the Joy-Cons outside of the grip. However, they serve an extra purpose in the case of the Switch.

By slotting the strap onto the same rail that is used to attach the Joy-Con to the grip, it adds some extra size to each unit, making them easier to hold and, crucially, makes the SL and SR buttons easier to tap.

Intended for racing games such as Mario Kart 8, these wheel accessories allow the user to place their Joy-Con inside and then utilises the motion sensing ability of the Switch to mimic a steering wheel just as the Wii did.

Last but by absolutely no means least, we have handheld mode. This is really where the Joy-Cons come into their own, transforming the Switch from conventional console to a revolutionary handheld hybrid.

This configuration is most reminiscent of the Nintendo DS range and has the added benefit of charging the pair of Joy-Cons while attached.

Ready to buy your Joy-Cons? Here's our cheapest prices on the grey and red/blue pairs: 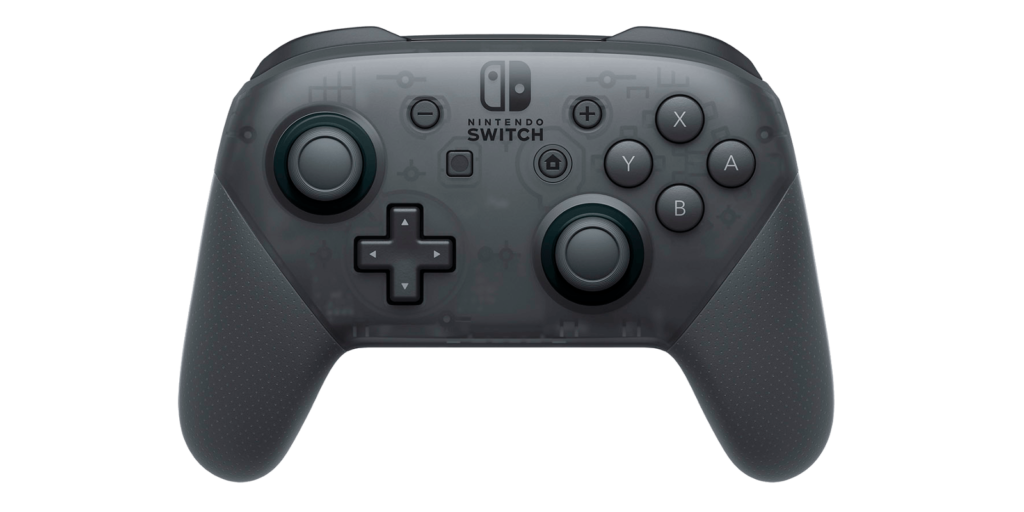 Although the Joy-Cons play a pivotal part of the Switch experience as a whole, if you find yourself rarely utilising the handheld mode, the Pro Controller could be the one for you. The Pro Controller is sold separately from the Switch.

A much more conventional controller, the Pro Controller has several advantages over the Joy-Cons:

However it does also have some drawbacks:

If this guide has helped you make up your mind about which controller you need for your Switch, click here to see all the latest and greatest offers on Switch controllers, or simply choose the cheapest price we've got at the moment: