Where to buy the best custom Xbox One controller

A custom controller is the perfect way to express your own preferred style of gaming whenever you settle down for that next extended play session. Modern technology has now advanced so far that no longer are you limited to simple controller colours like White, Black and possibly Grey (if you’re lucky). Rather, both first and third-party game controller manufacturers have made it easy to personalise your way to the ideal gamepad design – with a custom Xbox One Controller, in particular, being extremely easy to come by.

This is because Microsoft itself has staked a claim for the custom Xbox One controller crown, offering up its own personalisation service where players can choose the exact design they want, input their personal information and then have it sent to them directly. The service is called Xbox Design Lab and is open to any Xbox One players in the UK. In this nifty guide we’ll highlight this route to snapping up a custom Xbox One controller as well as another lesser known one, explaining all you need to know about how the processes work for each.

The aforementioned Xbox Design Lab is a popular go-to choice for players wanting their own custom Xbox One controller. Once there you’ll find a glut of pre-determined colour options based on the input of popular streamers, newly released games and events, but there’s also every opportunity create your own by tweaking such elements as button tones, colour type and more. The Xbox Design Lab makes picking up an Xbox One controller infinitely customisable. 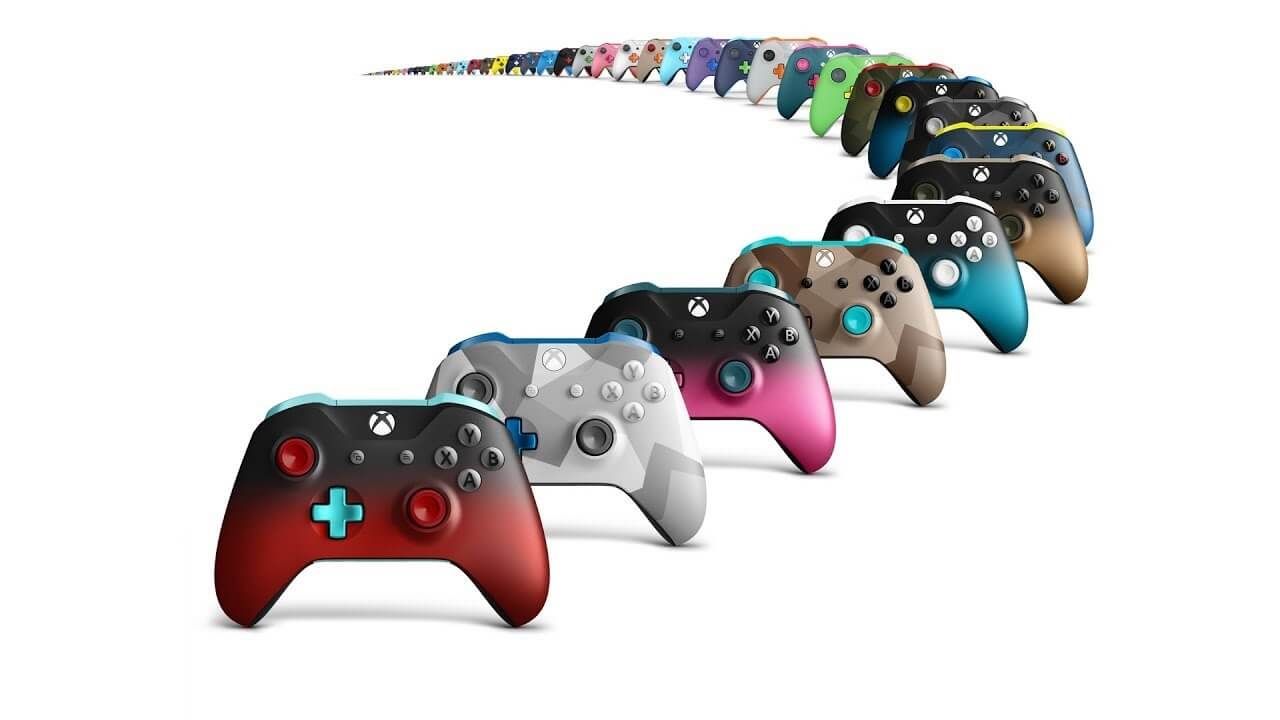 For those wanting that extra personal touch, you can even include your own laser-engraved message via etching. This is only £7.99 on top of the standard custom Xbox One controller setup and you can add any message up to a limit of 16 characters. The text will sit underneath the controller’s D-pad and right analogue stick, rendering the controller instantly identifiable as your own.

Adding specific colours, tones and shades to different parts of the Xbox One controller is as simple as filling out a checklist. There are more than 1 billion possible colour combinations when you consider every individual component with colours ranging from the simplicity of Abyss Black all the way up to eye-catching Retro Pink’s. Body, Back, Bumpers and Thumbsticks – it’s all customisable. The standard price for all controllers from the Xbox Design Lab is £59.99 without extras, deliverable to anywhere in the United Kingdom.

Elite or standard Xbox One controllers at Custom Controllers UK

Another custom Xbox One controller retailer of choice is the aptly named Custom Controllers UK. The interesting thing with these folks is that they not only offer personalised renditions of the classic standard Xbox One gamepad but distribute specialised versions of the Xbox One Elite controller, too. This means that professional eSports players, who are used to having extra controller enhancements like hair trigger locks and interchangeable paddles, needn’t miss out on having their own custom Xbox One controller. 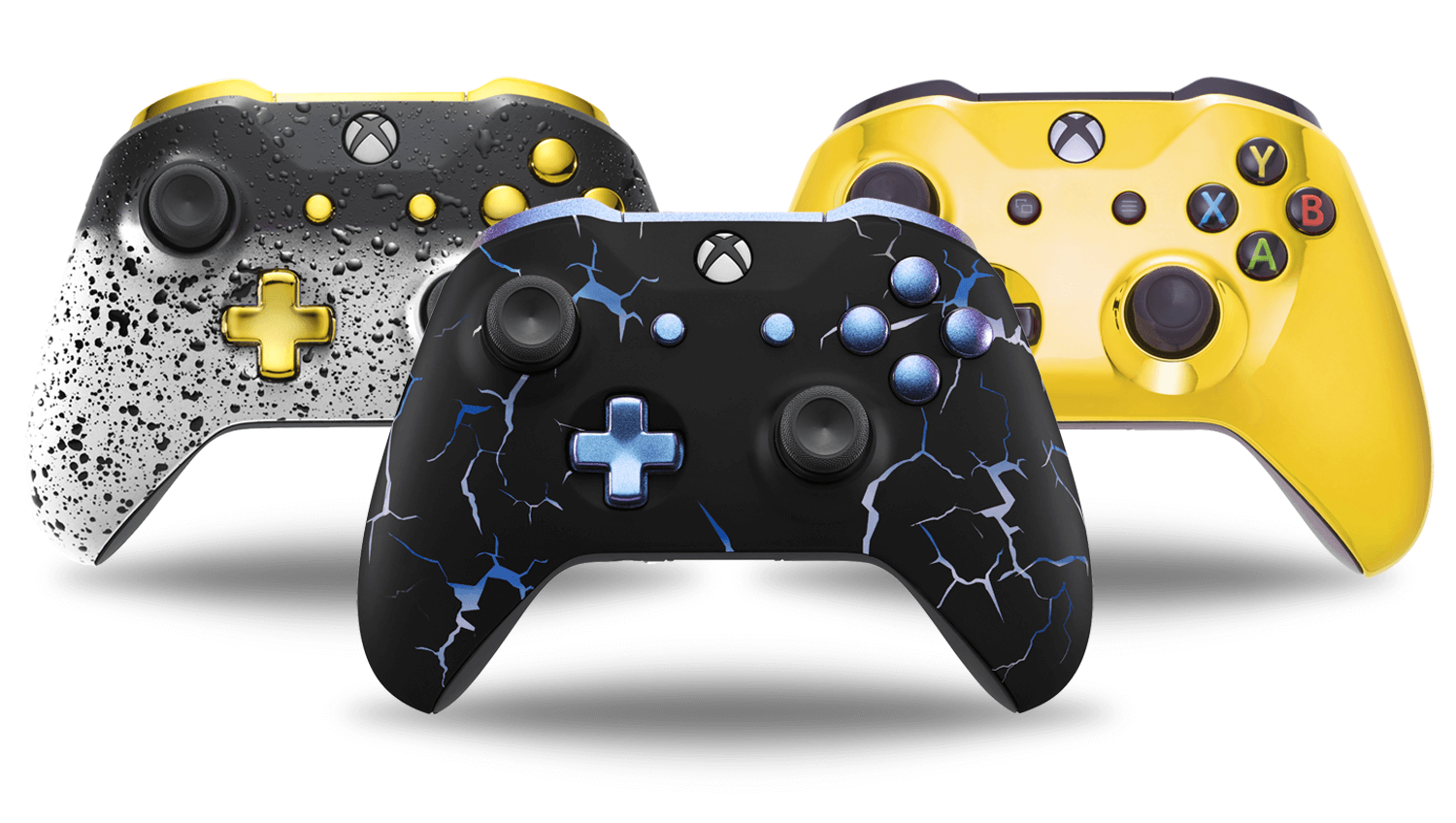 Now, of course, Custom Controllers UK is a third-party retailer, which ostensibly means that you’ll be paying a little more than if you purchased one from directly from Microsoft wholesale. The cost of regular special-edition custom Xbox One controllers will set you back £79.99, while the Elite versions are pretty much double this at £159.99. Another thing to bear in mind is that most of the controllers available, while exclusive to Custom Controllers UK, are pre-set designs. There is, however, a separate section where you can go through specific options to create your own design.

While by no means as extensive as what you’ll find in the Xbox Design Lab, Custom Controller UK’s customisation options makes it easy to tweak such components as the face buttons, D-pad, side panels and more. The pattern designs are a lot more experimental than what you can find elsewhere, ranging from such graphics as 3D white and the oh-so swirly Hyper Space. Your own custom Xbox One controller matches the Design Lab’s cost at £54.99, depending on the adjustments made.