While TV speakers or a surround sound system will do their best to use audio to immerse you further into a game, both will only get you so far! That’s where the beauty of a dedicated gaming headset comes in, where soon you’ll start to notice audio cues you previously didn’t recognise before, immersing yourself within the soundscape of such settings as the apocalyptic far future, the Old West or anywhere else a game might take you. Whether you prefer to play online or solo in a campaign, a gaming headset can open up new directional audio gifts you never knew you needed.

It’s with these many benefits in mind that we thought it worth rounding up the 10 best gaming headsets currently out there – each of which excel at heightening anyone’s gaming experience solely through sound. Regardless of the console you play on, we’ve included at least one headset that’ll work flawlessly for each. Some featured here will be all-rounders compatible across consoles, but some will equally only be dedicated to one. 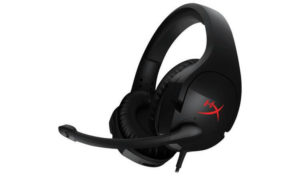 Works with: PS4, Xbox One and PC

Want a gaming headset you can rely on for all your preferred ways to game? The HyperX Cloud Stinger gaming headset fits the bill, offering players lightweight comfort, superb sound quality and added convenience thanks to its wide-ranging compatibility. It weighs in at just 275 grams, making it an incredibly relaxing solution when the going gets tough in games. The HyperX Cloud Stinger, of course, also features a clear-sounding microphone, handily muted with just one 90-degree swivel. What’s more, it’s an affordable gaming headset that works with PS4, Xbox One and PC. 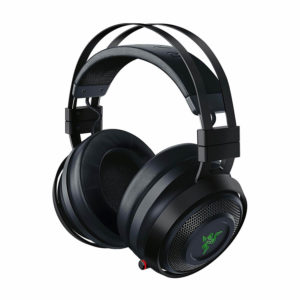 Razer is a well-respected gaming brand known for developing a wide range of high-quality gear – gaming headsets included. The Razer Nari Ultimate represents the best headset it offers with regardless for PC players that prefer to get their audio wirelessly, equipped with intelligent haptic technology for added feedback and THX Spatial Audio that successfully replicates 360° surround sound. Going untethered while playing on PC or console is many people’s preferred method, and the Razer Nari Ultimate gaming headset delivers on this with a lag-free range of up to 12 metres. 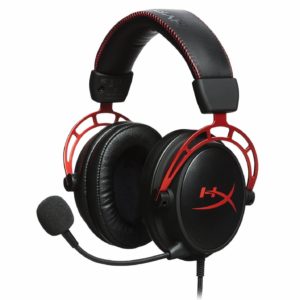 Works with: PS4, Xbox One, PC and Nintendo Switch

It wouldn’t be wrong to say that Nintendo has a reputation for making things… awkward when it comes to using a gaming headset with their consoles. Technically with the Nintendo Switch you can use any headset by simply plugging in its respective 3.5mm jack, but the HyperX Cloud Alpha Pro gaming headset is the absolute finest you can buy in 2019 for players wanting to go the extra mile. Its most notable for its dual chamber drivers which allows sound to be heard more distinctly in its cans – ideal for playing games like Splatoon 2 and Fortnite on Nintendo’s hybrid console. It does also work with other consoles for those that have them and has a durable aluminium headband that’s expandable for comfort. 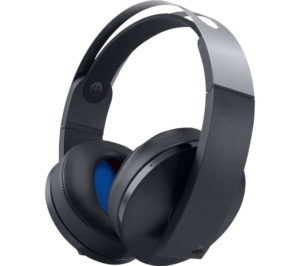 Featuring enhanced 7.1 virtual surround sound for a higher degree of immersive game audio, this Platinum Wireless gaming headset for PS3 and PS4 has been designed in-house buy Sony itself. This means that it can concentrate on catering to just one eco-system rather than many, connecting wirelessly to your PS4 and letting you communicate clearly with teammates thanks to smartly hidden noise-cancelling microphones tucked into the gaming headset’s design. It iterates on the PS4 Gold wireless headset in all the ways you expect, even coming in either a Black or White design. 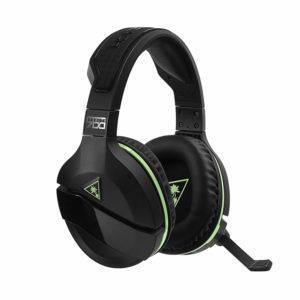 Works with: Xbox One

Turtle Beach has been a household name in the world of gaming headsets since the days of the 360 and PS3, continuing their stake for the crown by delivering the best current Xbox One gaming headset in the Turtle Beach Stealth 700. It’s one of the few to be officially licenced by Microsoft, indicating the console conglomerate’s belief in its crystal-clear audio and comfortable fit. It connects directly to any variant of the Xbox One simply via Bluetooth, features immersive sonic surround sound and has a handy flip-up mic that automatically mutes when positioned that way. If you’re looking for the best Xbox one gaming headset, look no further than the Turtle Beach Stealth 700. 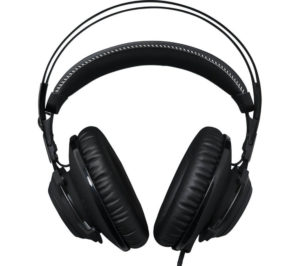 Works with: PS4, Xbox One and PC

If, for whatever reason, you prefer a wired headset while playing on PC in order to guarantee absolutely zero lag, our old friend HyperX returns with the perfect set-up. The HyperX Cloud Revolver S makes use of a solid steel frame which helps to give it a weighty feel, combining this premium framework with ear cans that deliver studio-grade sound levels to help you hear in-game audio and party chats a lot sharper. The wire itself is generously long, ensuring that the HyperX Cloud Revolver S still offers a lot of freedom in terms of distance. 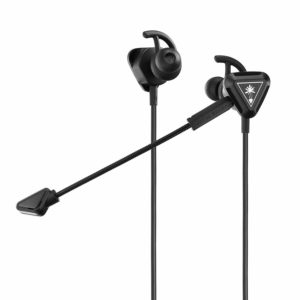 Works with: PS4, Xbox One, PC and Nintendo Switch

It stands to reason that not every player will be on board with wearing an entire headset for an extended length of time while playing. In-ear gaming ear buds act as the best alternative, but which out of the many is the absolute best? Look no further than the exceptionally named Turtle Beach Battle Buds, which deliver all the audio punch found with a gaming headset in one neat, contained package. The built-in mic delivers crystal clear audio but is still highly sensitive and noise-cancelling. Combine this with an inline controller that puts master volume control, microphone mute and a multi-function button right at your fingertips and you can’t go wrong! 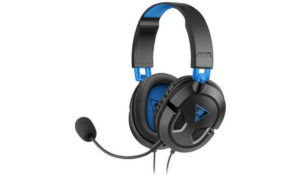 Works with: PS4 and PC

If you don’t want to break the bank when purchasing a decent headset for PS4, you can rest easy knowing that the Turtle Beach Recon 50p packs an audio punch for a relatively affordable price. Compatible with all SKUs of PS4, the gaming headset utilises two 40mm over-ear speakers that successfully cut out noise while remaining light enough to be worn comfortably for long stretches of play. The much cheaper price comes at the sacrifice of being wireless, but the connection works as a simple 3.5mm jack input. 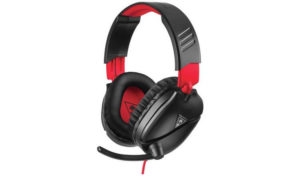 Specifically designed with Nintendo Switch in mind, the Turtle Beach Recon 70 is a gaming headset that is relatively cheap and works beautifully with Nintendo’s hybrid console. It features flip-up microphone muting, 40mm stereo speakers and can also be used with other platforms despite what the packaging might say. All you need to do is plug it into your Switch using the 3.5mm jack and you can immerse yourself further in games like Zelda, Mario or Donkey Kong. 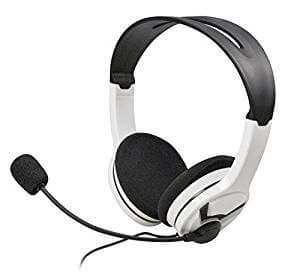 Most affordable Xbox One gaming headset

Works with: Xbox One and PC

The official Xbox One stereo headset is one of cheapest you can buy for the console. Despite this low cost barrier to entry, however, it’s represents a simple but elegant design capable of improving your audio experience on Xbox One tenfold. It’s also extremely light at just 255g (perfect for extended play sessions) and comes bundled with the Xbox One stereo headset adaptor, offering useful controls over both game and chat audio volumes.

More of the best gaming headsets for you to compare

Still undecided about which headset exactly might be the best gaming headset for you? You can always browse through some other headsets for the Nintendo Switch, PS4 and Xbox One we here at Gaming Deals compare – those that most people agree get the job done, even if they don’t necessarily excel in a specific area. Want a straightforward gaming headset you know will work without hassle? These will see you through.