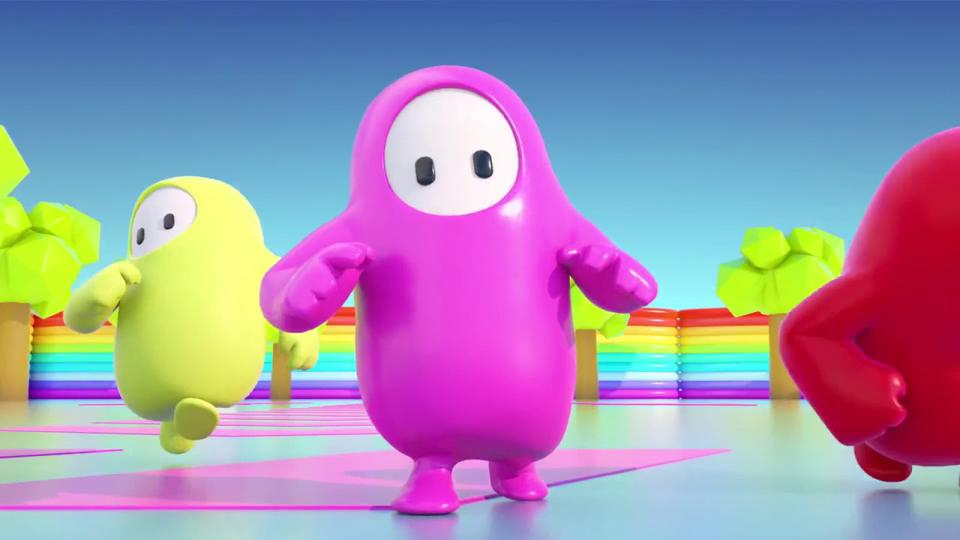 After going many months without a proper full-length Nintendo Direct presentation, tonight Nintendo Switch players were finally given a glimpse of what to expect in the immediate future. Spanning a total of 50 minutes, there were plenty of exciting things revealed and lots of games to cover, including announcements relevant to the growing roster of Super Smash Bros. Ultimate and how Nintendo will be celebrating The Legend of Zelda’s 35th anniversary.

Want a quick summary of everything announced? We at Gaming Deals also thought an article like this would be useful, so we’ve gathered up all the major points from the February 2021 Direct below. Here’s everything shown that’s worth looking forward to…

Xenoblade’s Mythra and Pyra coming to Smash as new fighter

The show opened with a very exciting cinematic trailer for Xenoblade fans, which eventually turned into the reveal that series regulars Pyra and Mythra would be joining Super Smash Bros. Ultimate. While there will be no doubt some furore that this didn’t turn out to be a new Xenoblade Chronicles entry, having another beloved character duo enter the fray with the likes of Sonic, Mario and more was a great way to kick things off. A new Xenoblade stage will also appear.

Well, it was going to happen eventually, but the biggest online game of 2020 will stumble and jump its way onto Nintendo Switch this Summer. Fall Guys challenges groups of 60 players to make their way through a series of gameshow-style events, all in the effort to be the last one standing. Previously a PlayStation 4 exclusive, Fall Guys arrives on Nintendo Switch Summer 2021

The Outer Wilds also coming to Nintendo Switch this summer

First-person mystery game The Outer Wilds drops its PC/Xbox exclusivity this summer as the critical hit arrives on Nintendo Switch. You play as an alien traveller trying to solve the mystery of a galaxy that dies every 22 minutes. Doing so will requie you to think about your surroundings and explore.

The latest entry of the Samurai Warriors franchise comes to Nintendo Switch later this year, being set in the Sengoku period. You’ll play as a lone hero in 1vs100 battles, with this latest instalment boasting improved character models, environments and combat manoeuvres, all of which are made possible thanks to the Switch’s improved hardware. No hard release window was given for Samurai Warriors 5, but expect to see it release during the first half of 2021

One of the Nintendo Switch’s biggest early exclusives is Monster Hunter Rise. Utilising tech heavily based on the wildly popular Monster Hunter World, it releases on March 26th alongside a limited-edition Nintendo Switch console bundle and Pro controller. The new trailer shown in the February Direct showed off a bit more gameplay as well as some of the character dialogue. Overall, Rise looks is shaping up to be a solid entry in the longstanding beast-slaying series.

Mario Golf gets its first console instalment in almost 20 years

Mario Golf Super Rush was one of the biggest surprise announcements from this latest Direct, showcasing what the classic spin-off sports series can do when portrayed in HD. Super Rush will be the first Mario Golf game to arrive on a home console since the days of the GameCube, so this has been a long-time coming. Featuring bright visuals, motion-controlled swinging and an all-new story mode where you play as your Mii, Mario Golf’s return looks to be going all out. It’s coming June 25th

No More Heroes 3 is coming along nicely, still set for 2021

Grasshopper Interactive has remained very quiet with regards to No More Heroes 3 development lately, but tonight’s Direct confirmed it will release on August 27th. Travis will this time be facing off against aliens rather than other assassins, and he’ll have a heap of all-new combat skills to make this interesting.

DC Super Hero Girls are getting their own video game

Ideal for younger fans of DC comics, Wonder Woman, Batgirl and plenty of other female superhero characters are set to star in their own game. As well as traditional real-time combat, the game looks to also incorporate certain life simulation elements like making friends and checking your phone. DC Super Hero Girls: Teen Power arrives in June.

Two years on, plants vs zombies battle for neighborville is coming to Switch

Need another PVP and PVE shooter mash-up to play on your Nintendo Switch? Plants vs zombies battle for neighborville finally makes its way to the hybrid platform despite releasing two whole years ago on other consoles. One side plays as flesh-eaters, the other plays as a squad of shrubs. What follows is a cartoony battle that’s perfect for both kids and kids at heart.

Animal Crossing continues to be expertly supported well into 2021 by Nintendo, with the latest cosmetic options being Mario themed. Tonight’s trailer demonstrated that you’ll be able to use such familiar staples as warp pipes and other mushroom kingdom elements around your island. Things kick off as early as February 25th.

The realm of 2D-HD games live on in the next tactical RPG to release on Nintendo Switch from Square Enix. Known as Project Triangle Strategy, you look to be playing as a series of different party members from a fantasy universe once again, fighting to save your kingdom from the powers that would orchestrate its downfall. Different this time around, however, is that battles are grid-based and based on different level terrain as opposed to pure turn-based tactics. Project Triangle Strategy arrives on Switch

Not much of this title was shown, but a new third-person shooter set in the Star Wars universe was announced. Releasing on Nintendo Switch later on this year, hopefully it won’t be too long until we get to see some gameplay from the mysteriously titled Star Wars Hunters. It was said that it’d be free-to-play and set between Episodes VI and VII.

If art books and digital soundtracks are your thing, dedicated Hades fans can look forward to the physical version of Hades releasing on March 19th. It’s the same game but now it can sit on your shelf, what’s not to love? It makes an appearance on March 19th.

The Ninja Gaiden series is famous for its hard as nails difficulty. You can find this out for yourself on June 10th, as three of the franchise’s best games arrive on Nintendo Switch in the form of a remastered package known as Ninja Gaiden: Master Collection. Do you have what it takes to master the ways of legendary ninja Ryu?

Hyrule Warriors: Age of Calamity is getting an expansion pass

Hyrule Warriors spin-off, Age of Calamity, turned out to be a bigger holiday hit than what many people first thought. It’s done so well, in fact, that it’ll be getting even more weapons and characters throughout 2021 for those who pick up the Age of Calamity Expansion Pass. It’ll retail for $19.99 and should be made available soon.

The penultimate announcement of the Direct was the one we’d all been waiting for. Skyward Sword may be one of the most divisive games on the series having released back on the Wii in2011, but Switch players will now be able to experience its jankinees all over again. The original game saw you control the sword and shield via the Wii’s motion controls which appears to now be replicated with the Switch’s Joy-Con controllers. Thankfully, it can also be played with button controls.

The Legend of Zelda: Skyward Sword HD will arrive on July 16th, with a limited-edition pair of Joy-Con controllers releasing alongside it. Is this the only way Nintendo will be celebrating the 35th anniversary of Zelda? We hope not. Still, it’s nice to see the company acknowledge the event.

One thing we did not expect to see in today’s Nintendo Direct event was a continuation of the Splatoon universe. Yes. The inky third-person shooter that’s primarily multiplayer and online-centric will be getting a new entry in the form of Splatoon 3, which looks to be adding in new weapons and new methods of getting around. This turned out to be a nice surprise and the trailer really set a good atmosphere. Look forward to Splatoon 3 when it releases in 2022.