5 Reasons to be excited for Horizon: Forbidden West 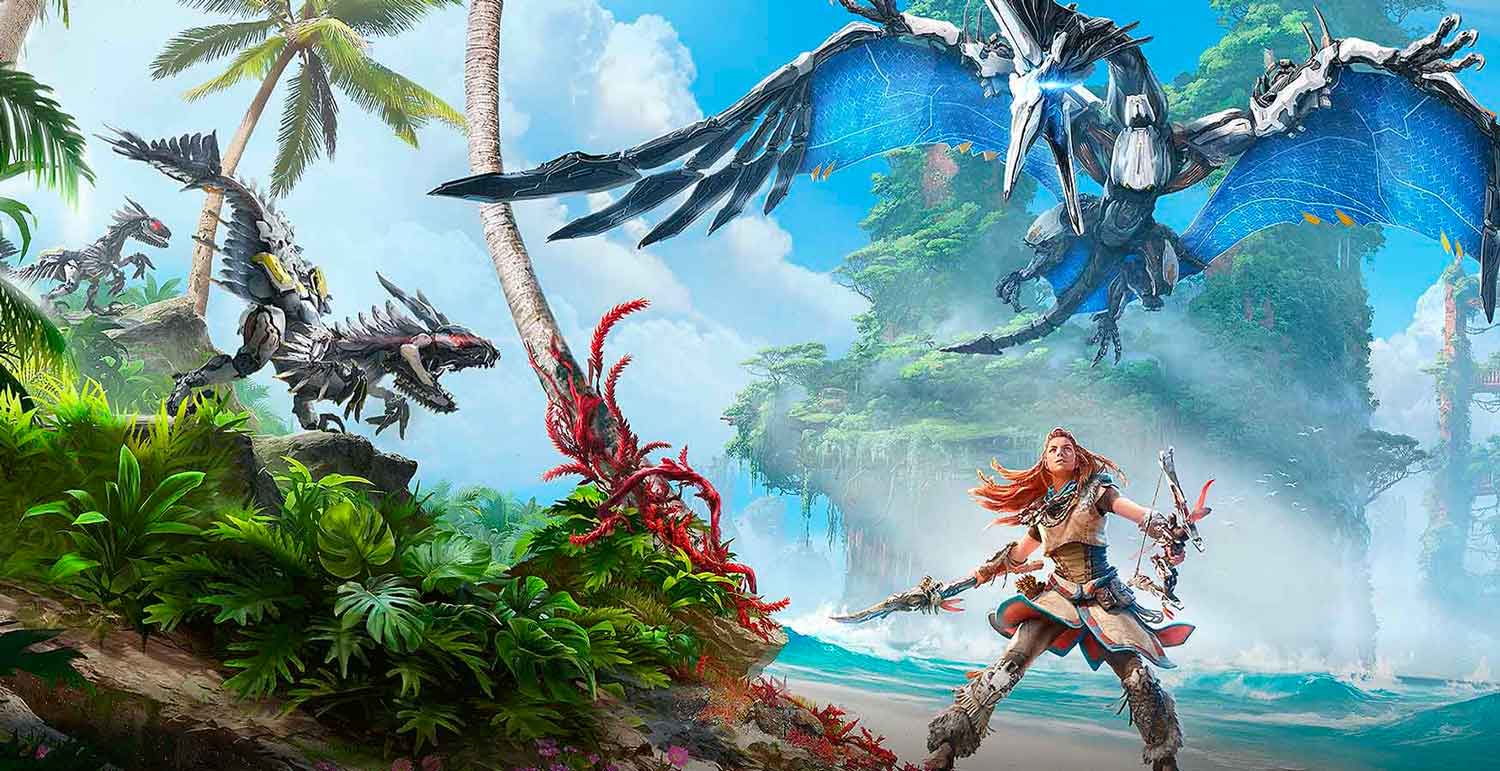 It may only be the second month of 2022, but already the big games are upon us. One of the absolute biggest, for example, is none other than Horizon: Forbidden West, a PlayStation console exclusive that promises to push the full power of PS5 beyond anything we’ve seen so far. That said, developer Guerrilla also promises that this open-world actioner will look just as good on last-gen system, the PS4 too.

The original Horizon: Zero Dawn launched for PS4 back in 2017, and since then fans have been waiting patiently to see what Aloy’s follow-up adventure has in store. Finally releasing on February 18th, 2022, it promises to be a bigger, better, and more badass sequel in almost every way. Still need convincing that Horizon: Forbidden West will be worth picking up? Here’s five reasons why any dedicated PlayStation gamer should be excited for one of the year’s most notable releases…

A strongly expanded sequel, 5 years in the making

It should go without saying, but half a decade is a long time for any game to be in development. Doubly so when said game just so happens to be a sequel to one of the PlayStation 4’s best reviewed games. Luckily, the wait looks to have very much been worth it, as Guerrilla has promised that Horizon Forbidden West will feature a slightly larger map that more importantly will feature much more detail. Whereas before any town or village you came across could feel a tad lifeless, extra time has been spent to make each tribe you visit much more lifelike and believable.

If we’re talking pure length, though, Guerrilla is on record as saying that Horizon: Forbidden West will take “about the same” amount of time to complete. This would see it weigh in at roughly 25-30 hours for most players, but that’s not including the boatload of side activities, additional quests and collectibles waiting for you to discover. Valleys, mountains, beaches and more all make up this post-apocalyptic version of the American west that Guerrilla has created. It’s sure to take you lots of time to see it all.

Whereas the first Horizon game featured melee combat of sorts, it’s no secret that it placed a much larger emphasis on taking down enemies from afar using all manner of ranged weapons. Aloy is a trained bowman, after all, and popping off individual sections of the creatures you fight never ceased to be thrilling. However, Guerrilla has acknowledged that the up-close staff melee approach lacked a little, and so has significantly revamped it for this sequel. No longer does it feel clumsy as Aloy tries to get a hit in.

Equally as improved are the traversal mechanics. With the first game releasing just a week before a little game called The Legend of Zelda: Breath of the Wild, many compared Link’s ability to climb anything with Aloy’s more traditional open-world approach to exploration. However, it’s safe to say that Horizon Forbidden West will feature new ways to get around, not just via swinging and overriding machines for you to ride. One of the new traversal methods shown off in trailers, for instance, is swimming, which not only makes moving through the world easier, but show’s an extra side to the mechanical wildlife, too.

All-new machine creatures to try and take down

Nobody can deny that one of the chief appeals of Horizon: Zero Dawn was getting to tackle, overcome and take down several of the magnificent mechanical beasts that roam the world. Each one you came across provided a new challenge and demanded a sharp change of tact, whether that was the Thunderjaw’s nature to ram or the Watcher’s quick movement. Needless to say, as well as a new setting, Forbidden West also brings with it various new creatures that we weren’t able to see before.

One of the most prominent new creatures splashed all over Forbidden West’s marketing is what’s called the Tremortusk, an elephant-inspired monolith of sorts that forces you to think on your feet. Other beasts set to debut in the Horizon sequel include the Slitherfang, Rollerback and Sunwing. We don’t know exactly how these will function yet, but this inherent surprise forms much of the fun and excitement whenever these challenging encounters make themselves known.

Looks and plays amazing on both PS4 and PS5

While there was some initial disappointment after learning that Horizon Forbidden West wouldn’t be a PS5 exclusive, it still looks absolutely stunning from everything we’ve seen so far. The PS4 version promises to look beautiful too, of course, but there’s no denying that the PS5 version will benefit from several visual enhancements such as improved HDR, a faster frame rate and the quickest of loading times. Not to mention that the PS5 DualSense controller promises excellent haptic feedback every time you lunge with a spear or fire a bow.

The main major visual difference between the PS4 and PS5 versions of Horizon Forbidden West relates to framerate. Much like the original game, the former will be locked at a solid 30 fps, while the PS5 game offers a multiple suite of visual options – including the ability to play at a silky 60fps. In any case, it’s worth remembering that those who purchase the PS4 version (which is £10 cheaper) can also upgrade to the PS5 version for free, gaining the benefits of both worlds.

A star-studded voice cast from the Hollywood world

Story is obviously just as important as graphics or gameplay for most first-party PlayStation exclusives, and the original Horizon was emblematic of that. Well, Guerrilla is kicking this up a notch for the sequel, by calling upon the talents of select Hollywood royalty to bring its new characters to life. Ashley Burch still returns as Aloy, as does The Wire’s Lance Reddick as Sylens. In Forbidden West, however, they’re joined by a host of stars.

One of the most notable is Carrie-Anne Moss of The Matrix fame, who plays a mysterious new character called Tilda. She promises to play a key role in helping Aloy get the answers she seeks. Another additional cast member is Angela Basset, who we only know is playing a character known as Regalla. Of course, for obvious reasons, Guerrilla is keeping its cards close to its chest in terms of how important they’ll end up being in Forbidden West’s wider narrative, but it’s still indicative of how much story is placed in full focus for this sequel.

Take a look below for the best prices;