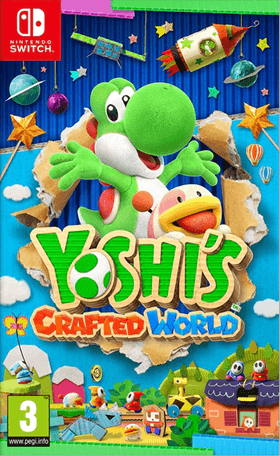 Find the best deals on Yoshi's Crafted World for Nintendo Switch. We compare 26 deals (starting from £33.29) across every edition offered by our partner retailers.

Mario’s little green dinosaur buddy, Yoshi, is no stranger to occasionally going it alone on adventures. Yoshi’s Crafted World is actually his eighth time doing so, following on from his yarn-themed side-scrolling romp in Yoshi’s Woolly World back in 2015 on the Wii U. That game most recently saw a port on the Nintendo 3DS, but it’s nothing compared to the arts and craft fun set to take place in Yoshi’s Crafted World for the Nintendo Switch.

Every level in the game has been faithfully imagined as if it was made in real-life by hand, with everything from platforms, vehicles and buildings boasting a true papercraft feel. And now, thanks to every level in Yoshi’s Crafted World being playable in reverse as well as forward, players will get to see this stitched-together Nintendo magic in all its glory. Prepared to have the charm turned up to 11 as you guide little Yoshi up and over this colourful world.

Yoshi’s Crafted World is also fully playable in two-player couch co-op, where you and a friend can each break off a Joy-Con and get fully immersed in all the papery platforming fun it has to offer. Every stage is littered with coins to collect, enemies to topple and smiley flowers to seek out. You’ll need to seek all of them out in order to achieve 100% completion, giving Nintendo Switch players even more reasons to return to this new rendition of Yoshi’s cute, fluffy world.

As one of the few original first-party side-scrollers developed from the ground up for Nintendo Switch (Donkey Kong Tropical Freeze and New Super Mario Bros U Deluxe both appeared on the Wii U previously) Yoshi’s Crafted World offers both kids and kids at heart one of the most charming-looking Nintendo Switch adventures yet. Here are just some of the game’s standout features.

Side-scrolling platforming on a 2.5D plane

It’s not unusual for 2D platformers like Yoshi’s Crafted World to let you see into their world more effectively thanks to full 3D environments. Most don’t make adequate use of this whole extra dimension, though, simply having you guide the character side-to-said and little else. Yoshi’s Crafted World kicks this up a notch by having certain areas where Yoshi can be guided front-and-back – it’s the only way to gain access to certain collectables. 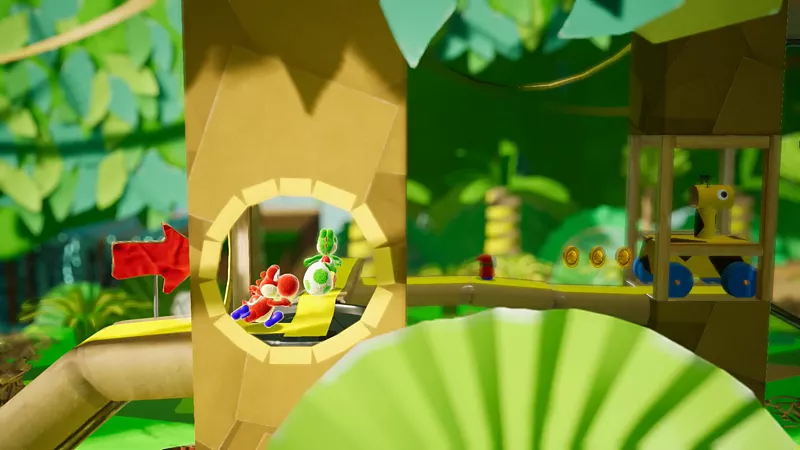 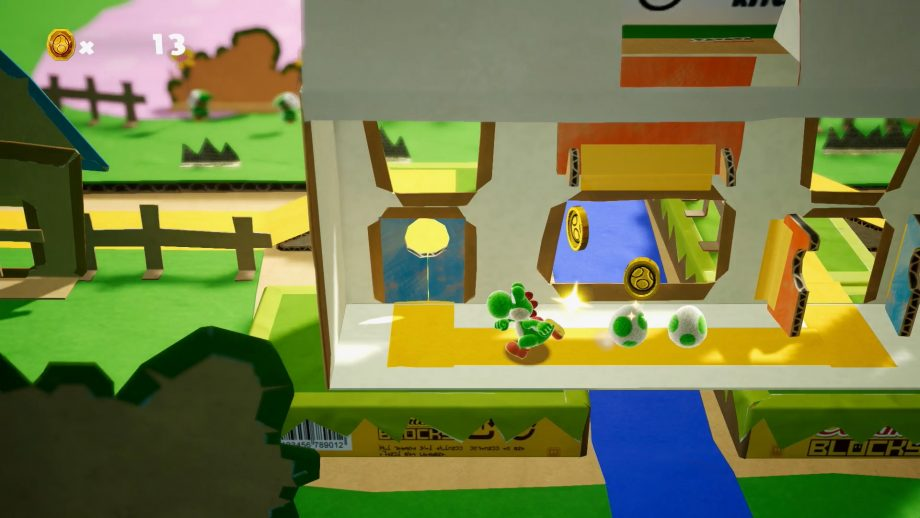 Usually when you cross the finish line of a level in a game, the fun in that world is all over and done. Not in Yoshi’s Crafted World, however, where after competition stages successfully players can turn about face and find a whole host of new collectibles to gather. Doing so also grants you a sneak peek at how each stage was lovingly “handcrafted”, complete with glued-together sets and makeshift vehicles and environments.

Long for the days where you could buddy up with a friend on the couch and share the same game world? Yoshi’s Crafted World brings back this two-player co-op experience, with diving in being as easy as breaking off the Nintendo Switch’s two joy-cons. Mario might not be around this time, but Yoshi can always share the stage with his cute red doppelganger. 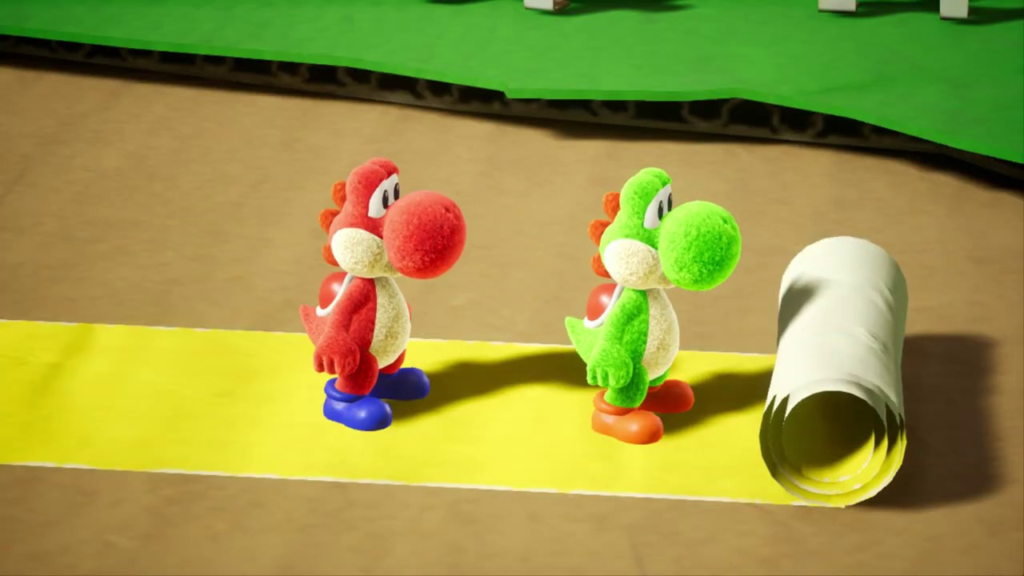