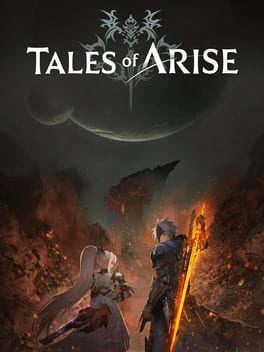 Find the best deals on Tales of Arise for Xbox One, PC (Microsoft Windows), PlayStation 4. We compare 65 deals (starting from £21.99) across every edition offered by our partner retailers.

Originally set for release sometime in 2020, the next instalment in Bandai Namco’s wildly successful JRPG franchise was unfortunately delayed due to the pandemic. However, it’s now received a new release date of September of this year, Tales of Arise is ready to wow both long-time fans and series newcomers all over again. In addition to PS4 and Xbox One, this will also be the first Tales game to release on next-gen consoles.

Tales of Arise is the first series entry to make use of a new atmospheric shader, improving the anime-style visuals by presenting them in a more painterly fashion. This makes Tales of Arise closely resemble a watercolour painting, helping to better draw you into this fantastical world. This combines with the traditional fast-paced action Tales is known for. Chaining combos against enemies will never have looked as beautiful as this.

Tales of Arise centres on two territories known as Renan and Dahnan. You play as protagonists hailing from both of these regions, growing together and trying to bring together this divide by overcoming evil and traversing a vibrant world. Alphen and Shionne are two people who travel together for circumstances bigger than themselves – and you can experience it all on PS4, PS5 or Xbox.

Tales of Arise continues the franchise’s penchant for fast-paced, combo-driven action combat, only this time chaining moves together is even easier thanks to “Boost Strike”. This is what enables your party members to mix their attacks, chaining stylish strikes to take down your enemies. Different party members feature unique skills and abilities to take advantage of.

Celebrate your Tales love with the Collector’s Edition

The Collector’s Edition for Tales of Arise is one of the most extravagant that Bandai Namco has put out for quite a while. Featuring a steelbook case, digital soundtrack, 64-page art book and an 18cm statue of the two main characters, it retails for £189.99 and is available at multiple Uk retailers. If you’ve been waiting for Arise’s release, celebrate in style with this.