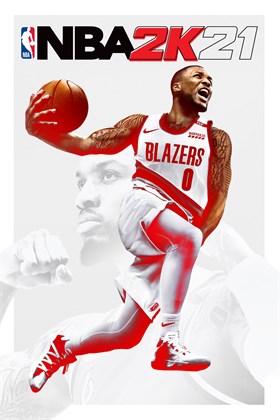 Find the best deals on NBA 2K21 for PlayStation 4. We compare 78 deals (starting from £3.95) across every edition offered by our partner retailers.

Another year means another entry into 2K’s wildly successful series of basketball simulation games. NBA 2K21 marks the first time the franchise has appeared on PS5 and Xbox Series S | X, as well as current-gen systems, letting players rise up through the ranks as either an established NBA team or their own custom-created player on their preferred console of choice.

NBA 2K21 yet again makes all manner of improvements to ball and player physics, all in the effort to deliver the best-looking and most realistic basketball game out there. Last year’s release had already raised the bar, but developer Visual Concepts have outdone themselves yet again. Portland Trail Blazers player Damiam Lillard graces the cover of this year’s game.

Featuring the best-in-class graphics and updated team rosters, NBA 2K21 will mark the first entry to release across console generations. Better yet, the game looks and plays best on PS5 and Xbox Series S | X and 2K has confirmed that those who purchase NBA 2K21 on existing consoles also receive a free upgrade to the next-gen systems. There are three different editions to pick up at launch, and you can do so with absolute confidence that your investment will transfer.

Stepping out on the basketball court, NBA 2K21 purchasers can be assured that securing slam dunks is no cakewalk. This is because Visual Concepts has drastically updated the AI, to the extent that they’ll bash you out of bounds and apply pressure in situations where you have a decent shot. To win and beat the best teams you’ll need to play smart and think on your feet.

A new and improved MyTeam mode

NBA 2K21 makes all manner of changes to the series staple MyTeam mode which lets players build and cultivate their ultimate basketball team by collecting trading cards. This year, however, it works on a seasonal format, where rewards only get better as the seasons go on. MyTeam even lets you trade cards with other players using the Exchange feature so you can easily get better cards.