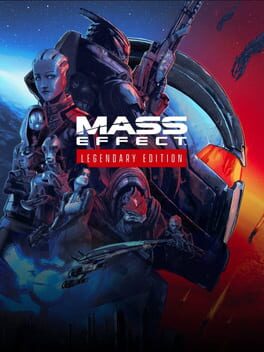 EA has reassured players that a brand-new Mass Effect game is deep in early development. However, that doesn’t help those wanting to explore a sprawling space opera full of interesting characters right now. And though a lot of players on PlayStation 4 and Xbox One may have played through it before, remastered versions of the original trilogy are imminently coming in what’s known as Mass Effect: Legendary Edition.

Mass Effect: Legendary Edition promises to let players relive Commander Shepard’s intergalactic adventure from beginning to end, now with improved controls and visuals to make it the absolute definitive experience. Whether you’re a first-timer new to the series or a franchise veteran wanting to enjoy what many players consider to be one of the best RPG trilogies ever, the Legendary Edition acts as the perfect primer for Mass Effect’s forthcoming new entry.

Mass Effect: Legendary Edition is a particularly exciting prospect for those who previously weren’t gaming during the Xbox 360 or PS3 era. The three-game compilation may only be releasing on last-gen consoles (PS4 and Xbox One), but the entire trilogy will benefit from enhanced visuals and mechanics, being bundled with all previously released DLC content. EA has stated that the goal is not to “remake or reimagine” the Mass Effect trilogy, but to present the original games in the best light possible. They most certainly look to be doing that judging by everything we’ve seen so far.      f

Many veteran Mass Effect players malign having to control the Mako vehicle in the first game, for example, so EA are taking the time to adjust how it handles. It’ll be smoother than ever thanks to a modernized button layout. This is just one case of how the original game is being improved alongside the two sequels. For all these reasons and more, Mass Effect: Legendary Edition will be a worthwhile pick-up for newcomers and existing fans.

Legendary Edition will mark the first time that all three Mass Effect games will benefit from 4K-quality resolutions. Such a visual flourish should be available instantly on PC, while the PS4 and Xbox One versions will only see these benefits realised when played via forwards compatibility on PlayStation 5 and Xbox Series S|X respectively.

All previously DLC for all three games included

Though the base games are already jam-packed with thrilling content featuring tough choices, character progression and third-person shooting, EA has revealed that all prior DLC will be included. This will be music to the ears of many, as expansions like Mass Effect 2’s Lair of the Shadow Broker are cherished just as much as the main adventure by many.