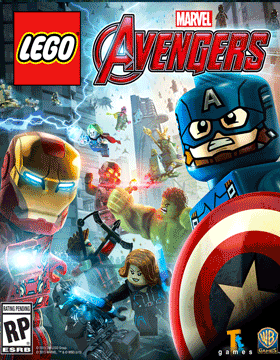 Find the best deals on LEGO Marvel Avengers for Xbox, PS4, PC. We compare 54 deals (starting from £1.76) across every edition offered by our partner retailers.

LEGO Marvel Avengers is the spiritual successor to LEGO Marvel Super Heroes. Join over 200 characters including Iron Man, Captain America, Wolverine, Spiderman, Thor, Loki and others as you b

LEGO Marvel’s Avengers is the first game to feature storylines from the critically acclaimed film ‘Marvel’s The Avengers’ and the sequel ‘Age of Ultron’.

Play as the most powerful superheroes in the world and unlock over 200 characters as you roam the open-world environments of Manhatten, Sokovia, Malibu, Barton Farm, Asgard, Washington D.C and South Africa.

Team up with the other Avengers and execute Avenger Team-Up moves for incredible combos in your quest to save humanity.

It takes extraordinary circumstances to prove there is a hero in all of us. Check out the LEGO Marvel Avengers launch trailer.

Check out the different realms of adventure, available for exploration as you join the best of the best!

The main Avenger heroes have unique team-up moves to unleash devastating combos. View them all in this 11 minute video.