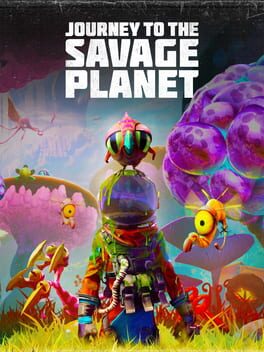 Journey to the Savage Planet cheapest deals and lowest prices

Find the best deals on Journey to the Savage Planet for PC (Microsoft Windows), PlayStation 4, Xbox One. We compare 33 deals (starting from £6.99) across every edition offered by our partner retailers.

Taking heavy inspiration from the pulpy, early 60s era of zany sci-fi, Journey to the Savage Planet is an exploration game where you take on the guise of a lowly astronaut tasking with determining if planet ARY-26 is safe for humans. Dripping with colour and featuring an irreverent brand of humour that pokes fun at capitalist culture, it promises to be a wild ride for Xbox One and PS4 players.

As the first game from Typhoon Studios (a developer made up of former Ubisoft team members) it serves as a nice chunk of amusing sci-fi that’s fully explorable at your own pace. Most of your time will be spent taming the local wildlife, scavenging vital resources and cataloging the surrounding flora and fauna. All this you do while trying not to die, either by yourself or with a companion alongside via the game’s local co-op option.

Just in case you can’t already tell from the game’s incredibly vibrant art style, Journey to the Savage Planet takes a more colourful tact than most sci-f games you come across these days. This is indicative of the game’s purposefully wacky humour, which is primarily relayed through live-action cut scenes that you’ll find throughout the world. Your main job is to catalogue the planet of ARY-26, all at the behest of the morally questionable “fourth best interstellar exploration company”.

An assortment of useful tools and equipment to master

Despite landing on ARY-26 with very few resources to spare, you’ll soon be crafting numerous upgrades from the materials you can mine and unearth around you. A lot of these work as additional ways for you to explore and get around, including a grapple hook that lets you swing to higher ground and a double jump that’s useful for dodging enemies. You’d be surprised what can be achieved with a 3D printer. 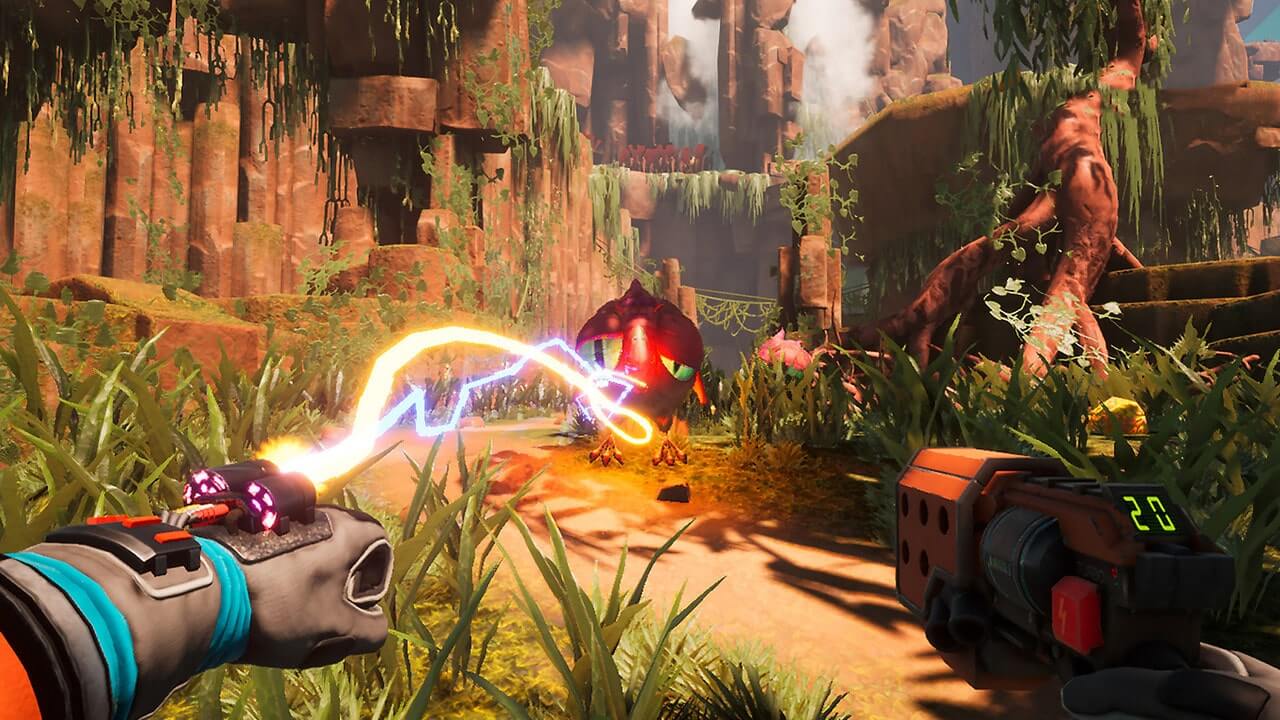 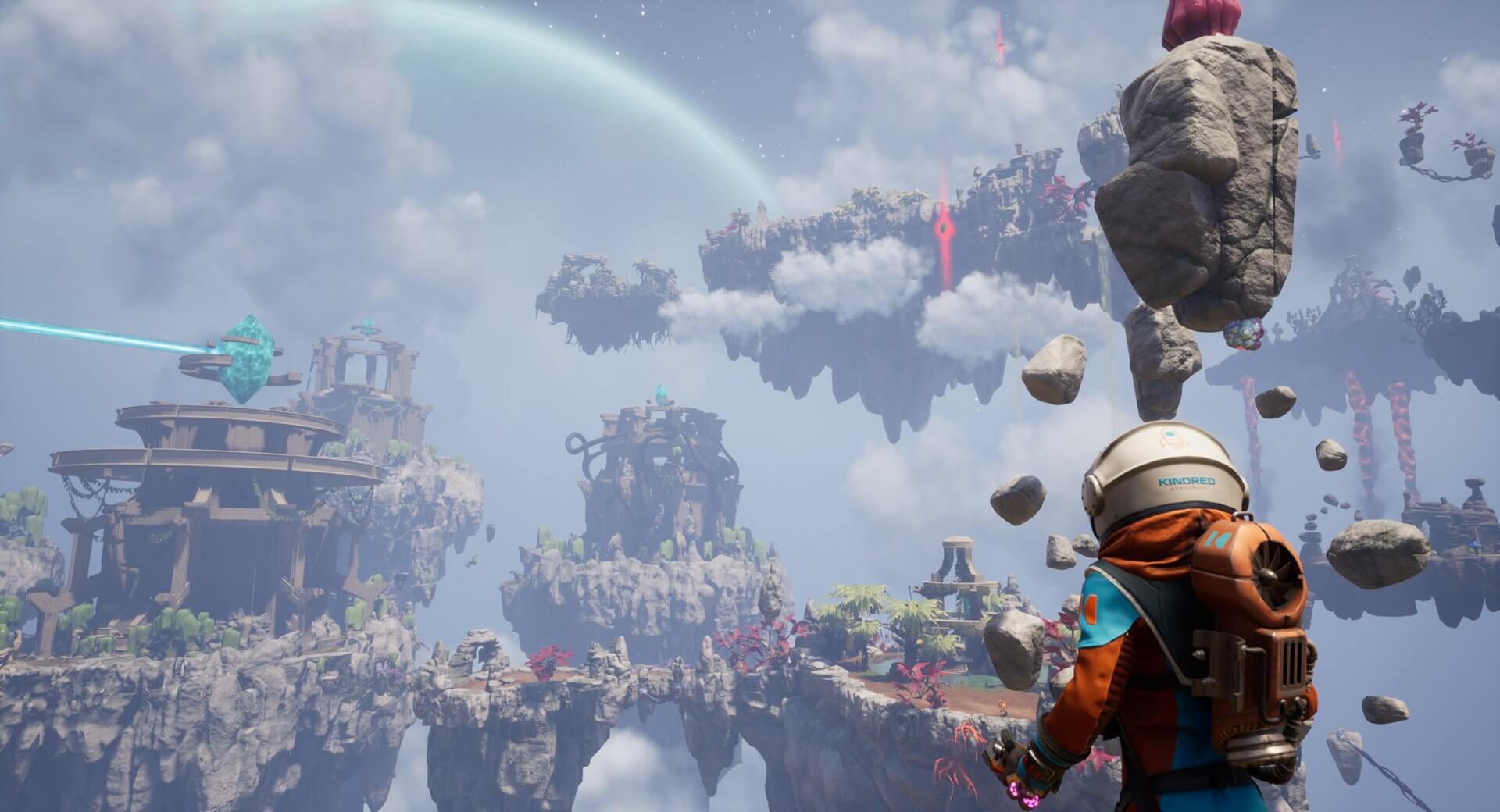 The entire Journey to the Savage Planet experience is fully playable with a friend thanks to two-player online co-op. This means you’ll have a far easier time at keeping ARY-26’s wildlife at bay, as you fight side by side to improve your chances. Or, if you just want to cover lots of extra ground easily, you and your partner can veer off in totally different directions, communicating over voice chat.