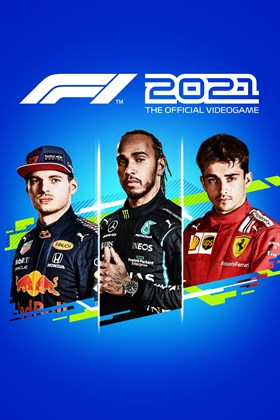 Find the best deals on F1 2021 for PC (Microsoft Windows), Xbox, PlayStation 4, PlayStation 5, Xbox Series X. We compare 86 deals (starting from £8.95) across every edition offered by our partner retailers.

Another year means another opportunity to make your name in the FIA Formula One World Championship via the official tie-in video game. Plus, F1 2021 is the best way yet to immerse yourself in all the thrills of the track, as it marks the first entry in Codemasters’ series to release on PlayStation 5 and Xbox Series X. You can expect familiar cars and tracks to look better than ever, therefore, whether you’re behind the wheel of an Alpine or Aston Martin.

F1 2021’s big new headline feature is a new type of story mode called Braking Point. Here you’ll be able to gain a sense of what it means to be a professional F1 driver both on and off the track, placing you in the shoes of fictional racer Devon Butler. Prove your worth, climb up through the ranks, and go head-to-head against your racing rival Aiden Jackson in this fully fledged Formula 1 narrative.

Fan-favourite modes like Time Trial, Career, Grand Prix and more all return for this year’s F1 entry, sitting alongside Braking Point to offer racing fans the best value proposition than ever before. Career, in particular, has received a significant upgrade, as now possible for two players to play together (as rivals or teammates). F1 2021 gives you myriad options to race your way.

Split-screen racing on all platforms

Racing your favourite F1 vehicles locally is easily done thanks to the inclusion of split-screen multiplayer. This feature is a rarity these days, so it’s good to see it return in this latest annual effort. However, F1 2021 also steps it up in terms of its online features, allowing players to compete in social, league and ranked races. This is in addition to weekly events and a new “Quick Join” format for those who simply want to jump in fast.

Create your preferred F1 experience in My Team

My Team is the most flexible way to get started in F1 2021. Here players can create a driver, choose a sponsor, and make other important decisions like their engine supplier and what teammates to hire. This you do while rubbing shoulders with former world champions and racing legends like Ayrton Senna, Nico Rosberg and Jenson Button.