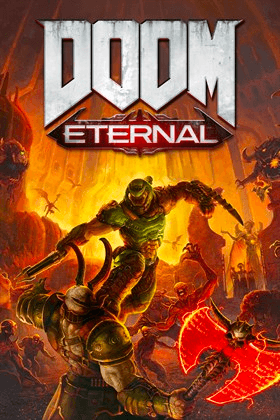 Find the best deals on Doom Eternal for PlayStation 4, Nintendo Switch, PC (Microsoft Windows), Xbox One. We compare 72 deals (starting from £4.99) across every edition offered by our partner retailers.

Return to put hell’s minions back in their place again with the famously brutal DOOM and the new installment, DOOM Eternal.

Few games have enjoyed a revival such as DOOM. Beloved well over a decade ago as one of the first ever first-person-shooters, DOOM had since been surpassed by numerous games that took the genre far beyond its relatively simple take on the style.

However, the game enjoyed an unexpected and critically acclaimed revival in 2016, when Bethesda and id Software revived the game. Bringing the same basic mechanics found in the originals, DOOM was praised for its stripped down approach when compared to other, more bloated shooters. Combining relentless pace with gory gameplay and brutal ‘glory kills’, DOOM earned a whole new generation of fans. Now it’s back with another installment. DOOM Eternal takes the fight against hell’s demons to Earth.

Return as the Doom Slayer on PS4 and Xbox One

After the events of 2016’s reboot of DOOM, you might have thought the universe was safe from hell’s hordes. You thought wrong. Now, they’re invading Earth, and there’s nothing for it but to take them on with a vast array of classic and all-new weaponry. Shooting to the beat of endless rock guitar riffs, the hellish fight has now come to Earth and its up to you as the Doom Slayer to stop it!

More weapons than you’ll know what to do with

The shotgun, chainsaw and BFG are all iconic pieces of DOOM paraphernalia, and all make a welcome return in DOOM Eternal, as do a number of the new inventions cooked up for the series’ 2016 reboot. However, if you were hoping to get your hands on some new hardware, you’re in luck. An arm blade, Crucible Blade and retractable Meat Hook promise to spice up the combat and add a whole new array of ways in which you can kill, slay, disembowl and generally wreak havoc. 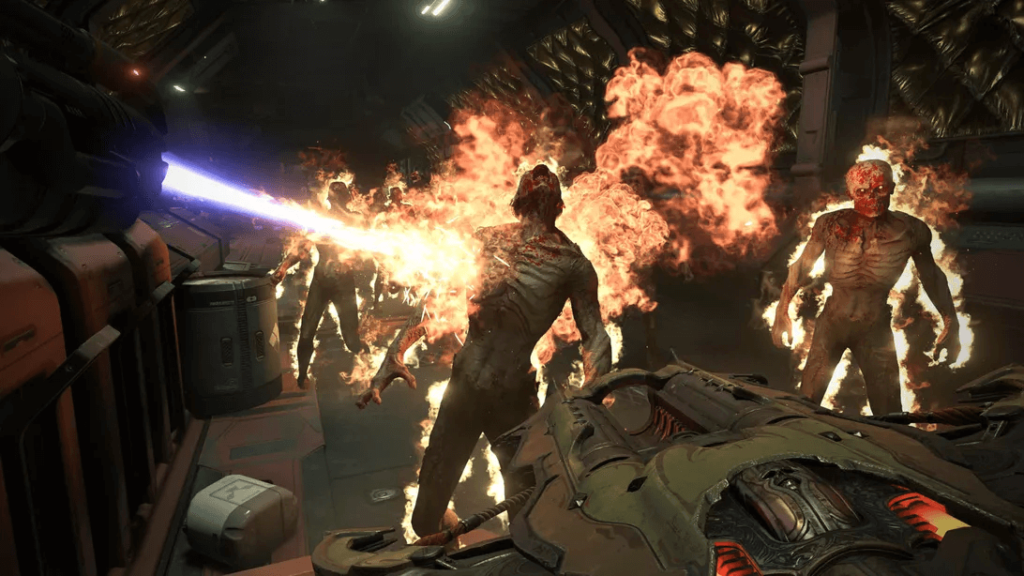 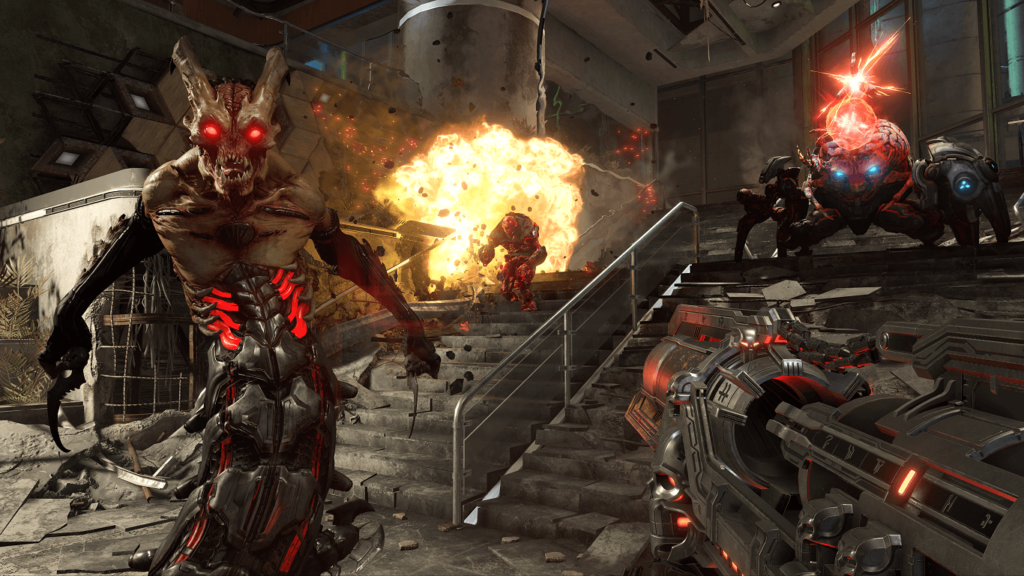 Of course, if you’re getting new weapons, it’s only fair that Hell’s legions get some back up too, isn’t it? Joining the iconic imps, Cacodemon, Hell Knights and Cyberdemons are a whole host of new monsters with varying degrees of intelligence, strength and killing power. The upside? New monsters means the iD software have had their work cut out designing and animating countless new, inventive and spectacularly gory glory kills for you to pull off.

To spice things up beyond the single player campaign, DOOM Eternal will launch several new multiplayer options for you social slayers out there. The most eye-catching inclusion is Battlemode, an innovative 2 v 1 that sees two players take on the role as respawning demons and one as the Doom Slayer. The name of the game is strategy, as the Doom Slayer aims to outflank the demons and the demon team look to spawn imps and other low level Hellspawn to help them. 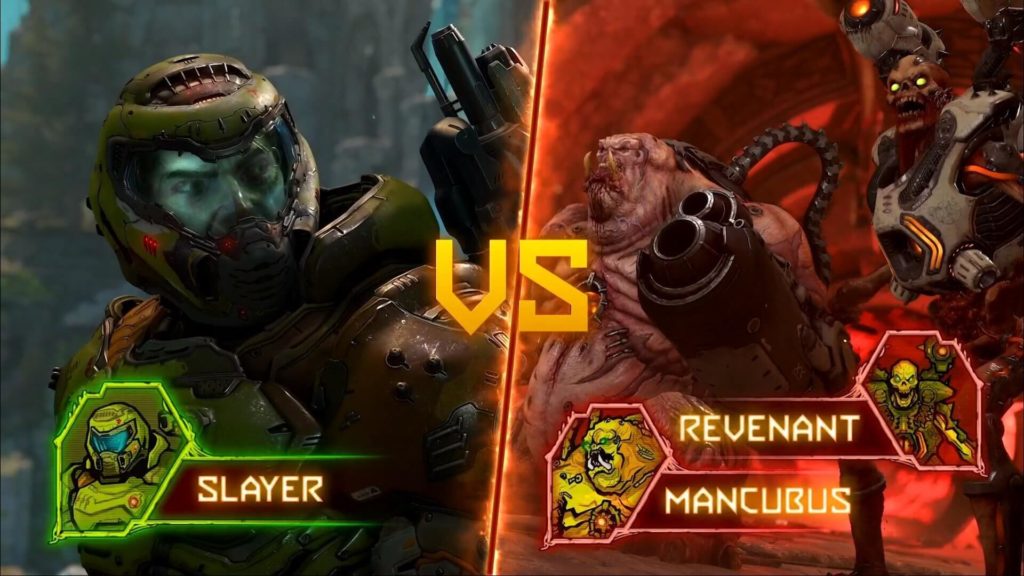