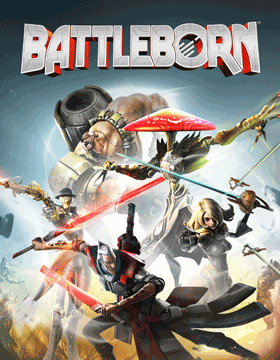 Find the best deals on Battleborn for PC. We compare 1 deals (starting from £16.22) across every edition offered by our partner retailers.

Join a band of badass heroes and fight to protect the universe's last star from a mysterious evil. From the creators of Borderlands, utilise a vast array of characters and weapons, from cybor

Slash, gun, parry, cast dash and run, or if you aren’t a fan of stealth then just simply obliterate your opponents while growing your team of heroes.

Choose your character and fight alone or alongside friends in story missions, or battle against them in frantic action in competitive multiplayer matches.

With the universe on the brink of extinction, it’s up to you and this motley crew of heroes to rise up and save it.

20 Minutes of Battleborn PVP gameplay with character highlights for each Hero from Polygon.