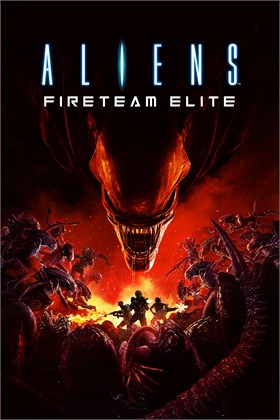 Find the best deals on Aliens: Fireteam Elite for Xbox, PlayStation 5, PlayStation 4, Xbox Series X. We compare 51 deals (starting from £15.49) across every edition offered by our partner retailers.

Set 23 years after the original Alien film trilogy, Aliens: Fireteam Elite is a three-player co-operative shooter where you and friends take on the role of space marines. The mission is to go down to one of the colonies and defend it from a hive’s worth of xenomorphs. This you can do as one of five different classes, all of which feature different combat abilities that make them an asset during firefights. Only by working as a co-ordinated unit can you hope to survive.

Developer Cold Iron Studios has taken extra special care to ensure that Aliens: Fireteam Elite feels like a true part of the universe, replicating iconic sounds and iconography that series fans will recognise. Chestbursters, praetorians and other types of xenomorphs are all done justice, too, offering up unique challenges that will force your squad of marines to think on your feet. Face overwhelming odds and do battle against the ultimate enemy using a variety of weapons.

Cold Iron Studios has confirmed that Aliens: Fireteam Elite will feature a total of 20 different enemy types, each with their own attack patterns and weak points. This makes it more important than ever to harness the skills of each marine class, being careful to check the walls and behind cover as well as simply what’s in front of you. The hive isn’t going down without a fight.

Unlike 2014’s Alien: Isolation which centred heavily around playing stealthily and survival horror, Aliens: Fireteam Elite leans into the more action-focused side of the movies. All four story campaigns set you in a series of heart-pounding locations where communication and working together is emphasised. This makes for a unique brand of co-operative shooter where horror and action are simultaneously blended together.

Aliens: Fireteam Elite lets up to three players fight side by side against the xenomorphs as either a Gunner, Demolisher, Technician, Doc or Recon class space marine. All five are wildly customisable and can be improved the more you progress throughout the campaigns. You may be defending this colony out of your military duty, but gaining new gear is also reward.