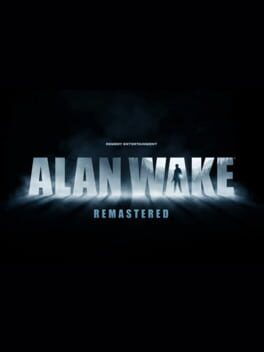 Originally an Xbox 360 console exclusive released back in 2010, Alan Wake is one of those games that quickly garnered a cult following. Players fell in love with this story of a writer slowly descending into madness amidst a creepy town, with many still hopeful that a true sequel could happen. Well, it would appear that this isn’t out of the realm of possibility, but not before Alan Wake Remastered launches on PS5 and Xbox Series X (as well as last-gen consoles).

Alan Wake Remastered is still the same supernatural mystery story, only now it’s been shushed-up and improved to look great on modern consoles. This includes the character model of Alan himself, as well as the level of detail found in environments, buildings and cutscenes. This spooky adventure will have never looked or played better than when it releases as its remastered version later this year.

The only tools Alan has to help him fend off nightmarish creatures are his handgun and trusty flashlight. Keeping them at bay involves shedding them in as much light as possible, freezing them in place so you can make the best move. Alan Wake always featured an equal blend of combat, story, and atmosphere too, though, so don’t expect to be scared or on the back foot all the time.

Alan Wake Remastered will mark the first time Remedy’s action-adventure will be playable on a PlayStation console. The original game was only every released for Xbox on consoles before arriving on PC a little later, but the wait has been worth it for PS4 and PS5 players as now the Remastered version has arrived. Not only has the game never looked better, but now an entirely new audience awaits.

Directly inspired by the likes of Twin Peaks and Stephen King

This is a third-person shooter that places just as much emphasis on story as it does combat. This means meeting various crazy characters along the way, exploring the town of Bright Falls in the attempt to track down your missing wife. It all plays in episodic fashion, largely as it was directly inspired by other bouts of serialised storytelling.