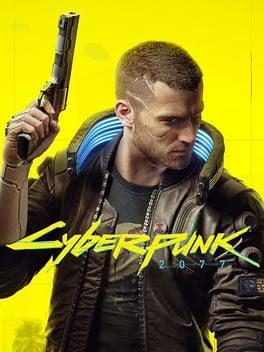 Find the best deals on Cyberpunk 2077 for Xbox One, PC (Microsoft Windows), PlayStation 4. We compare 62 deals (starting from £12.99) across every edition offered by our partner retailers.

Heavily inspired by the likes of Blade Runner, The Matrix and other bouts of celebrated future-set fiction, Cyberpunk 2077 is the next game from acclaimed developer CDProjektRed. It’s a fully immersive first-person RPG set in the open world of Night City, where you take on the role of V and hack your way around the neon-laced metropolitan mega corporations to take them down from the inside. What type of hacker you choose to be – aggressive or friendly – is entirely your choice!

Cyberpunk 2077 will let you plunge into the depths of Night City’s underbelly, exploring a world full of androids and tech where body modification has become the norm. This translates to your own version of V, which can be customised using the extensive suite of character creation tools provided. CDProjektRed’s last game, The Witcher 3, casted you as Geralt of Rivia. This time you can choose who to be and how to act as your own humanoid person.

Pre-order Cyberpunk 2077 for PS4 and Xbox One now

If ever you’ve dreamt of walking through a fully realised futuristic city, jumping into activities like hacking, shooting and heisting then Cyberpunk 2077 pretty much has you covered. This is a sprawling world ready for you to get lost in for hundreds of hours. Get ready to jack in and rollout as you find constant ways to upgrade the skills and abilities of your V both inside and out.

You just know that Night City will feel like a believably sprawling landscape simply because of CDProjektRed’s previous pedigree. Developing The Witcher 3’s world of The Continent has proved that they’re capable of fully engrossing you, only in this case it’ll be a setting heavily inspired by celebrated sci-fi works (and the official Cyberpunk tabletop game) rather than an established Polish fantasy universe.

Craft your own personalised perk tree

The perk tree in Cyberpunk 2077 is branched into multiple categories, including (but not limited to) melee, blades, handguns, shotguns, rifles, sniper rifles, hacking, two-handed combat, assassination, “cold blood”, engineering, and athletics. Pour any acquired points into any one of these to enhance the desired effect or consult a local “ripperdoc”, who’d be more than happy to upgrade you with the necessary implants.

Cyberpunk 2077 is not only vast  in terms of its environment but the choices you are able to make within it, too. CDProjektRed has taken the time to ensure that every aspect of player agency is meaningfully accounted for, with players receiving different endings depending on how you choose to approach dangerous situations and which dialogue options you give. One ill-made decision could have lasting repercussions that will affect the trajectory of your entire campaign.

Though releasing initially on current-gen consoles, CDProjektRed has been upfront stating that anyone who buys Cyberpunk 2077 on PS4 or Xbox One will receive a free upgrade for the enhanced version on next-gen consoles. It’s all part of a system that publishers are calling ‘Dual Entitlement’ designed to encourage players to still by games on the platforms they own rather than have to wait.

Tour a future city with Keanu Reeves as your guide

Star of The Matrix Trilogy and the John Wick franchise of action movies, you might play as your own custom-created character in V but it’s Keanu Reeves who also takes centre stage in the story of Cyberpunk 2077. His role as Johnny Silverhand is core to the game’s main narrative through line, as he appears as a hologram to guide you amongst all of Night City’s main hot spots and back streets. The city isn’t going to burn itself, so rest easy knowing that he’ll be there by your side.